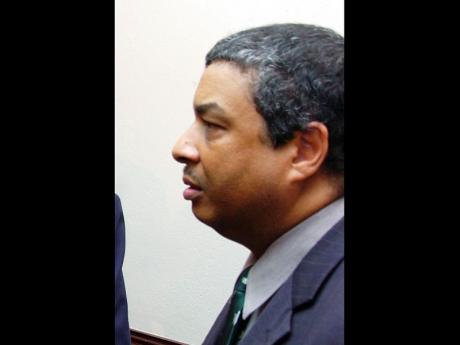 Even as the country continues to feel the effects of a prolonged drought, Jamaica is being cautioned against rushing to start importing any food items that could otherwise be produced locally.

Dr David Smith, coordinator of the University of the West Indies' Institute for Sustainable Development, argued that attempts to ramp up food imports could have a long-term and deleterious effect on Jamaica's agriculture sector.

Speaking with The Gleaner yesterday, Smith said the country should find alternatives before looking to outside markets for farm produce.

"The country needs to understand that some crops are going to be more available now than others during this time ... . We need to also start getting used to the fact that, for example, we may not get tomatoes all the time. We may need to change things around and say if tomatoes cannot be grown right now, what else can the farmers be producing," he argued.

He posited that this move is even more critical now as the drought is expected to continue towards the later part of the year.

Smith also added that since some parishes were affected more than others, farming should be stepped up in those areas that are still well irrigated.

Agriculture Minister Roger Clarke yesterday told The Gleaner that his ministry has been fielding several calls from concerned citizens that there is a shortage of some foods on the market and the Government should consider importing to offset the shortfall.

Checks with state agencies in the parishes deemed to be most affected by the drought revealed that several popular vegetables, spices and staples such as lettuce, red peas, and roots and tubers like yams are now scarce.

In Clarendon, the parish that is most affected by the drought, Marcia Murray, parish manager for the Jamaica Agricultural Society (JAS), said consumers should expect increases in the cost for many items on the markets.

However, Clarke said he does not foresee any exorbitant price increase, and cautioned that many vendors will use the drought as an excuse to hike their prices.

"A lot of the times people will shout 'drought' to hike up the prices and sometimes the farmers are not even getting the benefits," he said, explaining that vendors will get the goods directly from the farmers and then excessively mark up the prices by citing fictitious deficiencies in the market.

But, Clarke is adamant that neither this practice nor any unwarranted importation of foods would prevail, as his ministry will be policing the market.

He was quick to point out that if the need for importation should arise, the local farmers should be the ones to engage in this "and will not be done willy-nilly".

He said teams from the Rural Agricultural Development Authority (RADA) and his ministry have been engaged to evaluate if and where the shortfalls are and this would dictate how the ministry acts in the coming days.

"Right now, our RADA people and our marketing people are out in the fields to give a proper assessment as to what is needed, and we will look at it to see when we hope to get things back up to full productivity," Clarke stated.

Clarke said while the Breadbasket Parish, St Elizabeth, is also affected, efforts are being made to help farmers in that parish by trucking water. He pointed to the more than $34 million that was recently allocated for drought-mitigation efforts in affected areas.

However, he explained that this undertaking was very expensive, and going forward, greater effort would have to be placed on alternative cultivation methods such as greenhouse farming.

"The greenhouse folks, they are the ones that are supposed to come to the table at this point in time. But we have these people [and] they produce when they want, and there is hardly any way you can get them operating in a structured way that would dictate which time is ideal for the open field farmers."

He said many of the greenhouse farmers are not willing to take the risks to engage in wide-scale farming, fearing natural disasters.

For Smith, whose area of speciality includes climate change and disaster risk management, the time has come for the Government to seriously develop long-term drought-mitigation plans or these current problems will become perennial.

Raheem McKain contributed to this story