Richie Spice to help the poor 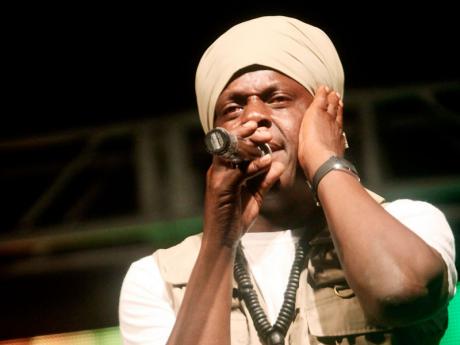 International reggae singer and songwriter, Richell 'Richie Spice' Bonner, is to make available a percentage of the proceeds from his performances locally and overseas to charity organisation, Food For The Poor (FFP) Jamaica.

The entertainer made the disclosure during a media and celebrity appreciation function hosted by the charity organisation at Usain Bolt's Tracks and Records recently, where he performed one of his popular songs, Jah Provide.

"My music that I put out there is all about defending the poor, the less fortunate to the fullest. Right now, being a part of Food For The Poor, which is doing a great job worldwide, it's a pleasure and an honour," the entertainer told the group gathered for the event.

He added, "With me and my organisation, we'd really like to take it on a further level where Food For The Poor can collect a donation whenever we perform, whether in Jamaica or worldwide."

Richie Spice has offered to sponsor the Galilee Early Childhood Education Centre, located at 16 Rodney Road in the Maxfield Park community, in partnership with Food For The Poor. Other celebrities recognised for their role with the organisation include Olympian Yohan Blake, recording artistes Tessanne Chin, Orville 'Shaggy' Burrell, Tarrus Riley, and saxophonist Dean Fraser.

Chairman of Food For The Poor Jamaica, Andrew Mahfood, lauded the top celebrities, media and donors for their contribution to the activities of the charity organisation over the years.

For its 30th anniversary, FFP Jamaica launched a school-furniture campaign, with a target to distribute at least 15,000 desks and chairs to schools in need before the end of the current academic year. Among the charity's major partners in the furniture drive are National Continental Baking, The Spanish Jamaican Foundation, Solo Jamaica Foundation, Sandals Foundation, Tank-Weld, Wisynco, and FFP Florida. It has also surpassed its target to build or upgrade 50 basic schools under its 'Jamaica 50' programme, launched in 2012.

Food For The Poor, which began its work in Jamaica in 1982, has since launched its activities in 17 countries in the Caribbean and Latin America.

FFP Jamaica's other activities across the island include assistance to more than 100,000 farmers, support for medical clinics and provision of medications, distribution of hundreds of containers of food through its distribution centres, provision of boats and facilities for 16 fishing villages, the construction of more than 22,000 houses, and an education fund that has benefited hundreds of students.