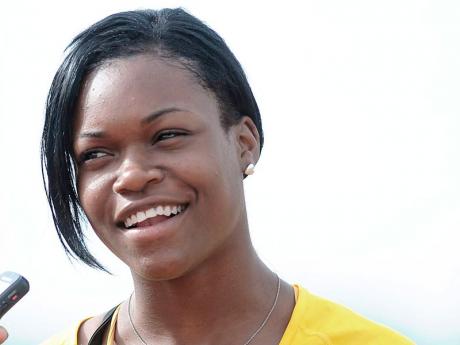 EUGENE, Oregon:There was mixed fortune for Jamaica's athletes during yesterday's first session on day four of the World Junior Championships in Eugene, Oregon.

Three moved forward in their events while five failed to advance.

High jumper Krista-Gaye Taylor who will be attending West Virginia University in August became the second Jamaican female to qualify for a final at the championships after equalling her personal best of 1.82 metres in the qualification round. Taylor will compete in the final on tomorrow's final day of the competition.

On the track, sprint hurdlers Yanique Thompson and overseas-based Daeshon Gordon are in today's semi-finals while Kevon Robinson is out of the men's 800m.

Thompson has been hit by injuries all season and the World Youth 100m hurdles champion had to work hard to place fourth in a moderate 13.70 seconds as World leader, Kendall Williams of the United States won in 13.00.

Gordon also had a fourth place finish in her heat in 13.76 as Great Britain's Yasmine Miller won in 13.37.

Robinson was very competitive for the first 500 metres but found the going tough for the remainder of the race and placed sixth in his heat in 1:51.89.

Throwers Rochelle Frazer and Gleneve Grange, along with triple jumpers Odaine Lewis and Clayton Brown, also failed to advance from the qualifying rounds of their events.

Brown went close but failed to advance to his second final of the championships. He was 13th overall with 15.37 metres while Lewis was 20th overall with a best of 15.01m

The heats of the sprint relays were scheduled for last night while the first round of the men's and women's 4x400m will be run today.