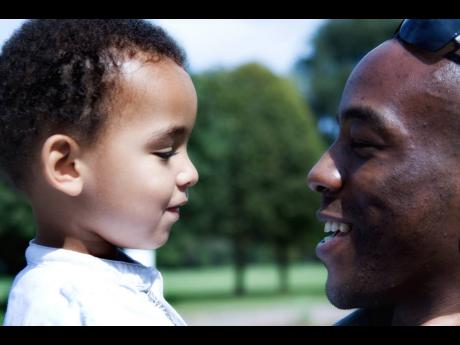 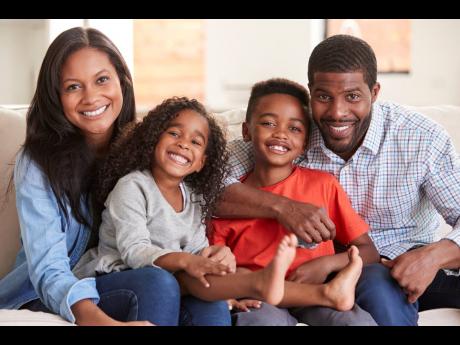 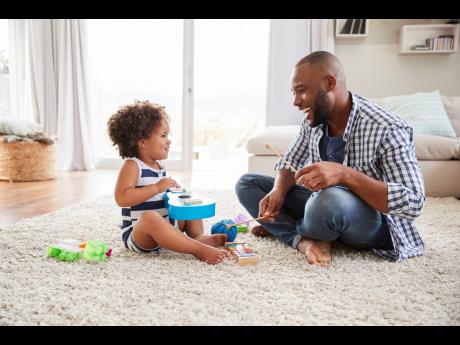 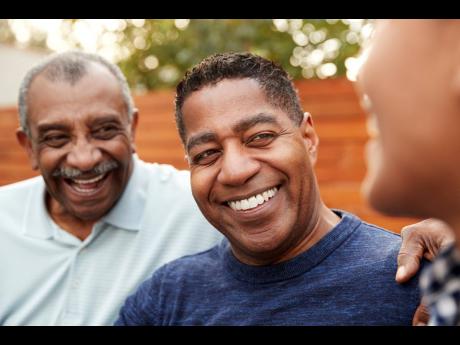 These poems are reminders of how great and important fathers are in our lives. Meeting Ground hopes you fully experience the journey in the bouquet of poems. Happy Father's Day to our strong and beautiful fathers. A special shout-out to my dad, Oswald Lim, and my poetry fathers, Prof Mervyn Morris, Prof Eddie Baugh, Dr St Hope Earl McKenzie and always remembering Wayne Vincent Brown. Kwame Dawes, though mentor, would be considered too young to be called father (by me) –Ann-Margaret Lim.

On The Birth of My Son

No sharp screams, although after they lifted him,

his brown body covered in the soft film of clay,

he thumped the air and made sounds.

They plucked him out from the ribbons of flesh,

the neat line in her skin, with the chord

taut around his neck. And it was only in that

and the glare of the OR’s blue light,

the crowd in green uniforms around us,

that I knew that the fluttering in my chest

was not from the trauma, the rush, the sprint

to extract him breathing, alive, it was

the revelation of his penis, the sound

of the word, son, its alien sobering, and the rush

of every image, every fear, every silence,

every tension, every broken meaning.

On the day I was born, I met a wizard,

and there was fire in his face when he named me.

“You are unique. You are anointed.

The divine lives within you.”

I was a toddler on his knee,

my world collapsed into the calamity

of a scratch, a slight, a need for attention.

“This is pain. It is real. You are strong.

It will not best you.”

I was a teenage witness

as his hands closed around her gnarled fingers

and she leaned into him,

“Stranger, you are our sister.

We will find the rain together.”

I was a seeker in the fog,

my head swivelling to every siren song,

until he came alongside me

“Seek wisdom. Make her your sage.

On the day I was born, I met a wizard.

I saw him in the pulpit and in the ghetto.

I saw him with the dignitaries

and with the sick and dying.

I saw him in the university and on the street corner.

I saw him write books and sing songs.

I saw him fight for justice and create new worlds.

But mostly, I saw him at breakfast,

when he picked me up from school,

when we composed music and wrote poetry,

when we laboured together, waist deep in service,

when he reasoned me through my choices,

when he affirmed and comforted without a word.

I see him now in our living room,

surrounded by his issue,

his magic twinkling in his ageing eyes.

at night, right out of his head

and before our shame trees grow

and we are still of an age to scream

we hear of the land-walking,

and everybody who doesn’t know

(as we do) he’s pescetarian.

I hear stories of my father.

Once, that he laid on the floor

citing back discomfort and,

I believe it, since my father was

the only person in jeans

at my high school graduation.

in each other, truth or myth

but on our bad days, my father

and I exchange words and he

looks at this version of his face

and calls it stubborn and we

shadows until one of us folds

neither of us can take ourselves

what did he see in Tchaikovsky?

a builder, he raised houses

the downstairs garage a subconscious

at night a devouring electric saw growled and screamed

interfering with the TV signal upstairs

we waited for all-clear sound and vision

I played punk rock on the family

stereo: anarchy in the living room

the walls rolled their eyes

a whole lot of noise

tall and bearded crossing the room to release

music from its cover those big fingers

my sinking heart and rolling eyes

a whole lot of noise

he taught me how to build a house

in summer when the gods are gracious

the plans laid out across two workhorses

first slow and sure the digging

the mud sodden trenches for foundations

upon these the structure stands or falls

violins and handsaw the bow across

the floor a violent passion nailed

on the scaffold the lift and blows

the joists the sounds of war

brass and the drill

the taste of sawdust motes and cymbal echoes

dwellings to dream in

How do you say goodbye to a figure who always seems larger than life?

With a mind a mile a minute, fathoms deep?

Whose accomplishments instil awe, yet were never selfish.

Whose laughter and song could not be contained by any room.

Who didn’t just listen to choruses and orchestras, but immersed self for the moment.

Whose pensive face was only that - full of thought

A freeze frame that would crack in a heartbeat to reveal a smile, a “Well …”,

Then an upward gaze as you sought to give the most helpful answer.

There will never be a page, a book that would hold all there is to say and all that you mean to me.

One night, driving as we spoke about the moon,

“Olivia, not everyone has their attention brought to the beauty of the moon.

The beauty in nature,”

I marvelled at that truth then

And only so much because you had indeed done so for me along with Mummy,

And I was and still am so grateful.

All the things you held in esteem are woven into me.

By example you taught,

By sharing and opening up experiences,

By being someone to truly look up to,

How do you say goodbye to someone like that?

Look at my legs, my face

Feel in my step, my gait

With joy, with passion, create, create

Mind I am part of a greater whole

Don’t give up should I ever fall

Daddy, I never say goodbye at all.

I wanted to stop writing

That bleed on white page

But then, my father died

And the sorrow returned

To my pen flooded it

With memories of his life

My pen controls my hand

Of the world’s warmest soul.

I wanted to start writing

That lift people up

But then he died

And the pen took to mourning

His memory his life

– Nicholas Alexander: Jamaican living in the US