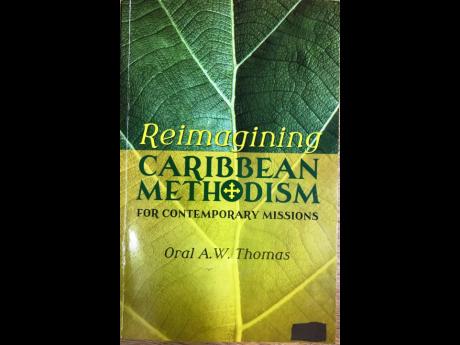 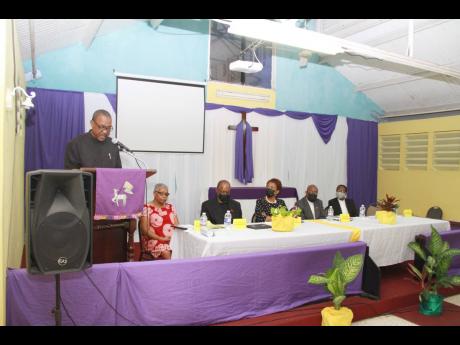 The book Reimagining Caribbean Methodism for Contemporary Society is a collection of lectures, articles, and sermons that are systematised to make a compelling argument for a new vision of Caribbean Methodism that is more relevant to the needs and aspirations of contemporary Caribbean societies. To argue for this new vision, comparisons are drawn between the experiences of the Hebrew people who moved from slavery in Egypt to freedom in the promised land and Caribbean people who moved from freedom in Africa to slavery on Caribbean plantations. Beginning with the theoretical aspects of theology, the articles go on to explore Methodism not only as belief, but also as social practice through missions and people in missions. Provocatively, the author asks, does the Church have a mission or does the mission of God have a Church?

Reimagining Caribbean Methodism out of these experiences and as social practice, the work advances an interpretive method by which to engage in the mission of God: Analysis of the social and historical circumstances out of which an event or experience emerges and those in which they are being interpreted.

With this basis for doing missions or interpretive method by which to do missions, one may want to think that the offerings in this volume are framed around social practices and beliefs. What will be discovered, though, is an investigative structure that begins with revelation, the fact that God is. Talk about God does not arise out of a vacuum. Talk about God arises out of particular circumstances.

Just to say “God” carries little meaning. But if one says, “Pupa God” or “liberating God”, God is immediately located in particular circumstances that give identity and meaning to who God is and what God does. God’s existence, however, does not depend on human knowledge. God is. All of this is to say that the structure of this work begins with Divine-human experience and is followed by offerings on beliefs and social practices of missions in various contexts and of people and congregations in missions.

After two attempts to establish an autonomous church, 1804 to 1903 and 1967, and a restructuring in 1997, all geared at moving from a Connexionalism of dependency to a Connexionalism of responsibility, its influence in the society, currently, being mainly that of a chaplain, an increase in the decrease of its membership and a continued struggle to shape the models and practices that may best serve to fulfil the missions to which it is constrained by the love of Christ, it may yet be time for the Methodist Church in the Caribbean and the Americas (MCCA) to reset, to reimagine new ways of being Methodist and living Methodism in contemporary Caribbean societies. For that reset, here is, in this volume, an interpretive strategy for missions that every class and class leader, every church school and church school teacher, every congregation and presbyter and deacon can utilise to live and practise Methodism wherever there is a vision for missions.

The author states: “While the church is both the people of God and the living community of faith of the living Christ in the world, it is also a community of believers who have been gathered from the inhabitants of a specific area.” He then argues: “if it is the case that it is context that should qualify church, then what we will have is the Caribbean and the Americas Methodist Church instead of the Methodist Church in the Caribbean and the Americas. To know who we are, we need to know where we are from”.

Copies of the book can be purchased at the United Theological College of the West Indies (UTCWI), 7 Golding Avenue, Kingston 7, Phone: 876-927-2868