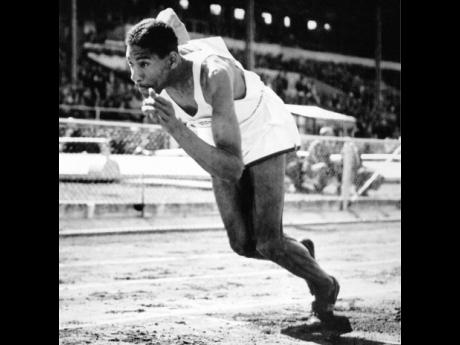 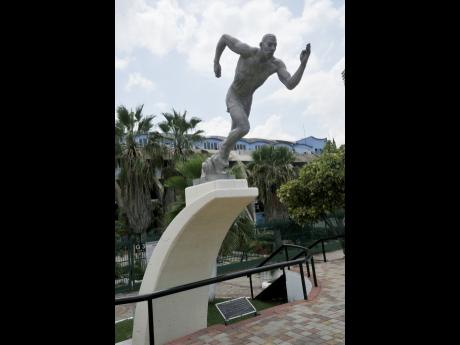 File
The statue of the late Arthur Wint at the National Stadium. 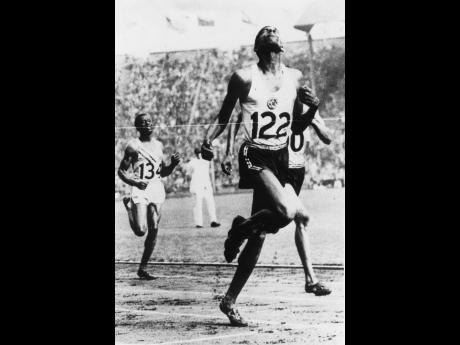 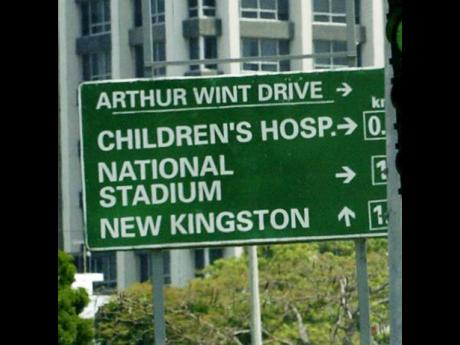 A street sign, including two of the heavily used facilities on Arthur Wint Dive, St Andrew.
1
2
3
4

Today, Automotives continues its series about the achievements of the persons after whom some of the country's roads are named. In this season of world-class track and field, we began last week with Herb McKenley Drive and now move on to a road with which that road and McKenley's life intersect.

Arthur Wint Drive in St Andrew connects with Mountain View Avenue on one end and Tom Redcam Drive at the other. There are a number of famed buildings along the road - the Edna Manley College of the Visual and Performing Arts and the Bustamante Hospital for Children, for example, as well as one of the entrances to Up Park Camp.

However, there is no busier location along Arthur Wint Drive than the Independence Park Complex, where the National Stadium, National Indoor Sports Centre and National Arena, along with the swimming facilities, are busy year-round. There is a double for Wint, as a statue of the runner is erected outside the National Stadium.

It is appropriate that Arthur Wint's name and the National Stadium should be closely linked. Jamaica's fine 400m tradition at the highest level owes much to Wint, who won the one-lap event at the 1948 games in London. Appropriately, too, Wint attended Excelsior High School on Mountain View Avenue, after beginning his secondary-level education at Calabar High on Red Hills Road.

While there are inevitable references to flying when assessing a fast runner, Wint could literally lay claim to airtime, as he was a member of the Royal Air Force during World War II, before becoming a medical sciences student.

He did not leave athletics behind, though, running the one- and two-lap events. Wint ran 46.2 seconds at the London Olympics in 1948 to top fellow Jamaican Herb McKenley, who took silver. Doubling (in more ways than one), Wint won the silver medal in the 800-metre race, but a pulled muscle put paid to his chances for a third medal in the 4x400m relay.

There was redemption in 1952 at the Olympics in Helsinki, where he was on the team with McKenley, George Rhoden and Les Laing, which not only won the 4x400m gold medal but also set a world record.

Wint went on to practise as a medical doctor, serving Hanover especially, and took up diplomatic duties as Jamaica's high commissioner to Britain and ambassador to Sweden and Denmark. A Member of the British Empire and also awarded the Order of Distinction by Jamaica, among his many honours, Dr Arthur Wint died in 1992.