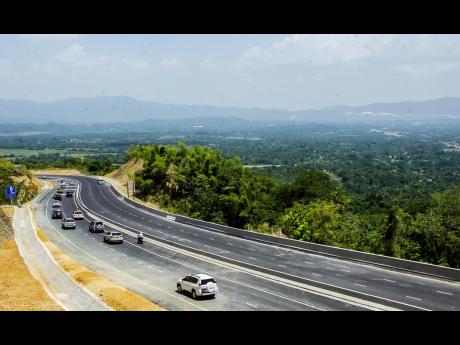 JIS/Donald Delahaye
Motorists going down the Linstead to Moneague leg of the North-South Highway. 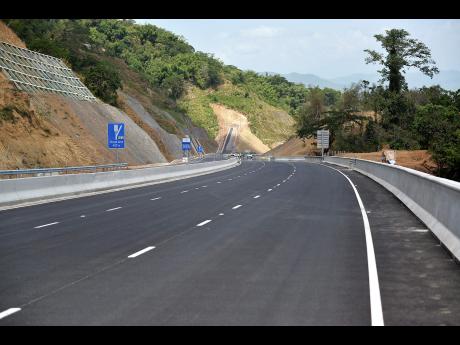 Contributed
A section of the North-South Highway with an escape lane in the background. 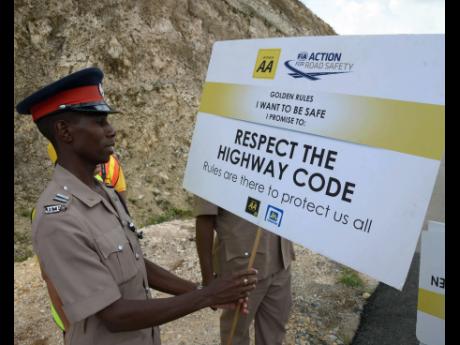 File
Inspector Leroy Christopher of the Highway Patrol in the Jamaica Constabulary Force(JCF) looks at a road safety placard while on a tour of the North South Highway last August. 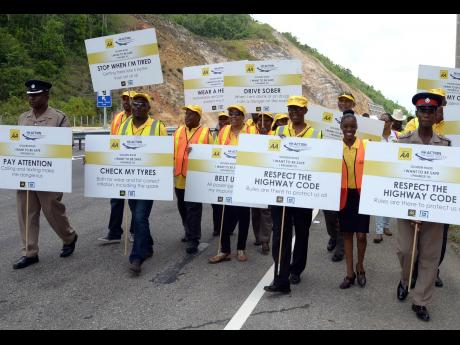 File
Members of the Jamaica Constabulary Force(JCF) and Jamaica Automobile Association(JAA) display safety placards while on a tour of the North South Highway in St.Catherine last August.
1
2
3
4

Despite the promise - which has been delivered on - of shorter travel time between St Catherine and St Ann, the Linstead to Moneague leg of Highway 2000 has come under a lot of criticism, mostly related to its eight per cent grade.

Immediately after the road was opened in 2014, getting up the hill was a struggle for many motorists. Television newscasts showed images of vehicles which had experienced mechanical problems along the roadway.

For some persons descending the eight per cent grade, navigating the highway also proved to be problematic. The highway was equipped with escape lanes to provide a run-off area for motorists going downhill whose vehicles were out of control. The escape lanes are two run-off areas filled with gravel and sloping upwards steeply, which will help slow down and bring to a stop vehicles going down the highway which experience brake failure or if drivers feel they are unable to control them.

While some motorists use the grading of the highway to their advantage, conserving fuel, others have found it frightening, often riding their brakes too much, resulting in overheating and reduction or loss of stopping power.

One year later, the highway was opened, the escape lanes are being utilised, with some persons choosing to leave under their own power when they can instead of calling for help.

Stephen Shaw, director of Technical Services at National Road Operating and Constructing Company, said, "We have observed it (the escape lane facility) being used. However, most motorists leave the escape lanes on their own instead of calling for the operator's assistance."

If a motorist is unable to leave the escape route on their own, Shaw noted that assistance will be offered by the operators of the highway. He said "a lot of assistance is offered by the Motorway Patrol Officer of Jamaica North South Highway Company (JNSHC), who monitors the safety of the motorway on a 24-hour basis in accordance with the operations and maintenance manual and daily patrol manual. Assistance includes wrecker response, water and battery charge."