The art of lowriding - born on LA's Eastside, gets supercharged 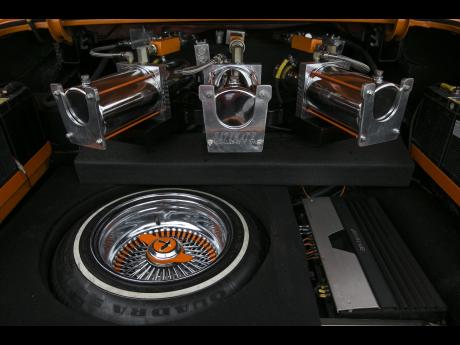 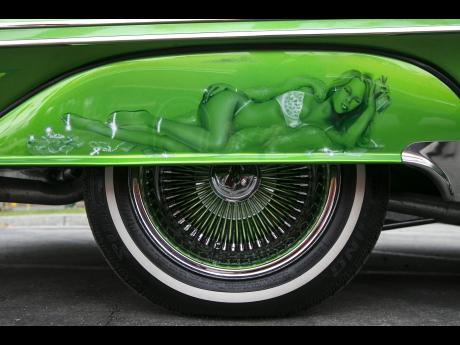 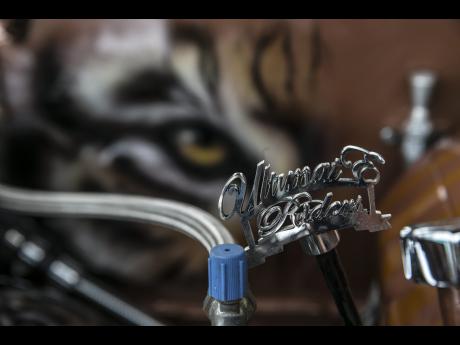 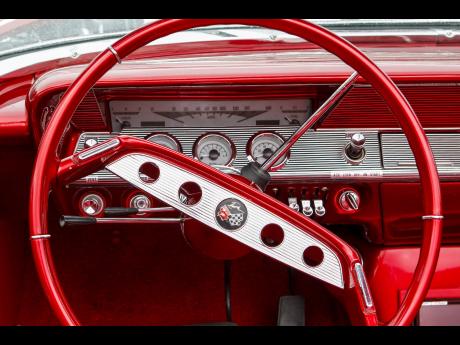 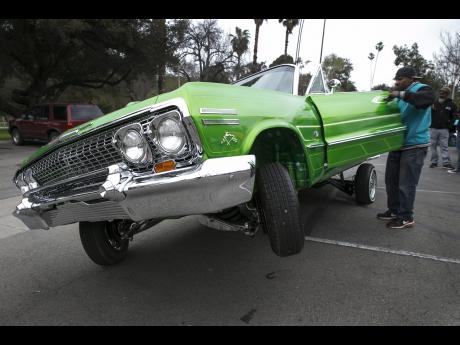 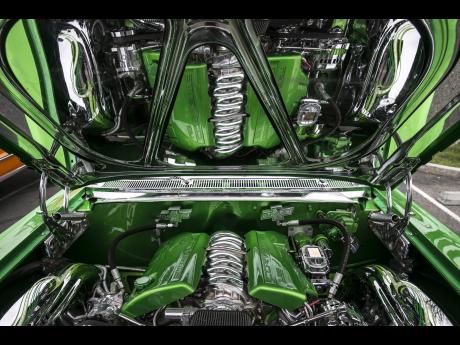 Robert Gauthier
A mirrored hood reflects a finely detailed Corvette LS engine inside a 1963 Impala at a meeting of the Ultimate Riders Car Club at Fairmount Park.
1
2
3
4
5
6

At one end of the parking lot, Anthony Johnson was using a remote control to bounce an apple-green 1963 Chevrolet Impala, its nose eight feet in the air.

At the other, Greg Dixon was lofting a silver 2001 Lincoln Town Car sideways, raising the driver's side front wheel off the ground as he screeched around a corner.

The cars wore emblems, and the drivers hoodies or T-shirts, marking them as members of the Ultimate Riders Car Club, an area group of lowriders holding their monthly meeting at Fairmount Park in this city about 50 miles east of downtown Los Angeles.

On the outside, the vintage cars seemed identical to lowriders that could be seen cruising during the 1960s and '70s, when rolling examples of Southern California's homegrown road art met for weekly exhibitions.

But under the hoods of the pinstriped, chromed-out cruisers was something unusual. These lowriders all sported massive motors, late-model Detroit-built V-8s capable of two to three times the horsepower of the engines originally installed in the vintage cars.

For decades, the Los Angeles cruising scene was all about the look. Custom builders chopped the bodies on their classic American cars then altered the suspension to bring them as close as possible to the pavement. They decorated the vehicles with outrageous paint, pinstripes and chrome, and paraded them slowly down boulevards and in front of car show judges.

The showy automobiles were a point of ethnic pride and cultural heritage, and the lowrider car clubs offered a sense of community. Kids who grew up watching fathers, uncles, and cousins cruising dreamed of owning their own "shorts" one day.

The cruising scene helped spawn the 'brown-eyed soul' music born in East Los Angeles in the 1960s. Later, the lowrider cars, including some of the ones on display recently at Fairmount Park, became fixtures in movies and pop and rap music videos, such as Straight Outta Compton, Gwen Stefani's Hollaback Girl and the Game's My Life, featuring Lil Wayne.

They took top prizes at car shows, winning points for most creative paint job, most complex pinstriping, or most extravagant chrome.

Then, having reached a pinnacle of artfulness, lowrider builders like Ultimate Riders co-founder Vernon Maxwell started pumping up the power, bringing bigger engines and more ingenuity to an area that had been mostly ignored.

Maxwell and other builders started adding US$25,000 motors to cars whose owners already had spent US$40,000 to US$60,000 restoring and customising their vintage '60s cruisers.

"We used to be low and slow, but under the hood, we weren't doing that much," said Lowrider Magazine editor Joe Ray. "Then we started investing in performance."

Growing up in South Central LA, Maxwell would sneak out while his mother worked nights so he could watch lowrider clubs gather at a nearby Church's Chicken. As a teenager, he started borrowing lowrider cars owned by uncles who "got into trouble and had to go away for a while".

In 1998, after working for several years building storage tanks for oil refineries, he turned his talent for welding and metalwork into a successful business making hydraulic lift systems for lowriders who wanted their cars to rise up and bounce.

About five years ago, he started installing big engines, ditching the vintage 1960s V-8s in favour of the LS motors found in late-model Chevrolet Corvettes. Today, he is one of Southern California's most respected lowrider builders and a major proponent of the big-motor movement.

His 1958 Impala convertible sports a supercharged 6.2-litre engine, built for a Cadillac, that makes 550 horsepower. The higher-performance 6.2-liter engine in the 1961 Impala that his wife, Tanya, drives - borrowed from a Corvette - beats that, at almost 650 horsepower.

Going big under the hood has made Maxwell, known in the lowrider community by the nickname "VMax," a prizewinner. One corner of his Ultimate Hydraulics showroom in Riverside is filled with brightly coloured "Best in Show" trophies.

The motor builds have been good business for Maxwell, who has sold lowriders to celebrities he is too discreet to name.

A top paint job, from a master like Riverside painter and pinstriper Mike Lamberson, can add US$10,000 to US$20,000. Engraving on the motor can cost several thousand more.

That could bring the total price to well over US$75,000, Maxwell said, for one of his customised Impalas.

Despite the extra beef in the engine compartment, Vernon's vehicles and the like don't have race car suspension or use high-performance tires. So, Lowrider Magazine general manager Rudy Rivas and others said, owners of cars with huge horsepower haven't started drag racing.

The art of lowriding was born in LA's Eastside and was exclusive to the Latino community before it began to be adopted by African-American enthusiasts.

Steve Alvarez-Mott, a member of East Los Angeles car club Groupe, is a pediatric surgeon and drives a blue 1958 Impala. Lawrance Garcia, a member of Techniques Car Club, is a pastor and drives a '68 Caprice. Russell Randolph got into cars as a teenager but didn't start seriously lowriding until he retired from the military. Now he drives a tangerine-colored '63 Impala.

There appears to be little friction between the ethnic groups. A club like Maxwell's Ultimate Riders might be 30 per cent Caucasian, some members estimated. Majestics Car Club in LA has both African-American and Hispanic members.

"We have blond-haired, blue-eyed guys in the Midwest who are doing it," Rivas said. "And lowriding is huge in Japan, too."

Parallel with the changes under the hood, lowriders have moved out of the 'hood, towards the mainstream.

A large lowrider event, like the annual Arizona SuperShow held in February near Phoenix, can draw a crowd. More than 18,000 fans attended.

Southern California events, like the Cinco de Mayo Car Show or the Cinco de Mayo con Orgullo Festival and Car Show, both of which will be held in May, can draw twice that many people. Last year, 40,000 crowded into the event.

The spectator appeal isn't lost on the Petersen Automotive Museum, the Los Angeles collection that houses some of the most beautiful vehicles designed.

In 2003 and again in 2008, the museum hosted lowrider-themed shows that broke Petersen attendance records, and it recently announced that it would host another lowrider show - certain to include some big-motor cars - in its Armand Hammer Foundation Gallery from June 17 to November 5.

"These are rolling cultural statements and a big piece of the car culture in Southern California," Petersen curator Leslie Kendall said.

The roots still run deep. Despite the changes, old-fashioned cruising is still alive.

Garcia, the pastor, whose wife has her own custom '63 Impala, said the new technology hasn't changed the traditional appeal. The updated motors have just made the cars easier and more fun to operate.