Taking off road to the next level 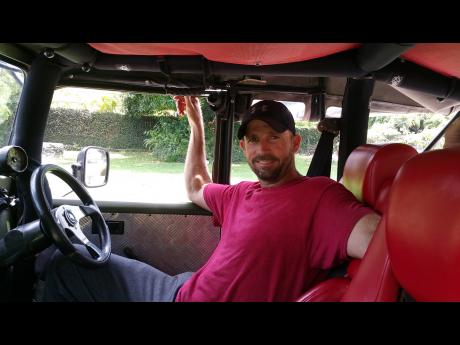 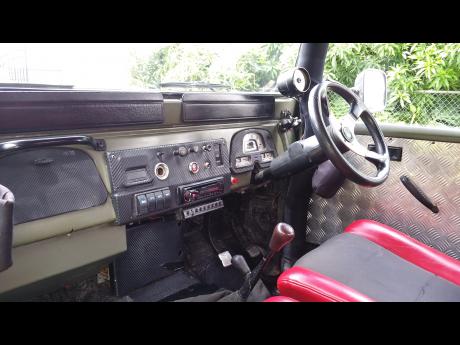 In a bid to modernise the vehicle, Sampson added a push-button start and a state-of-the-art sound system. 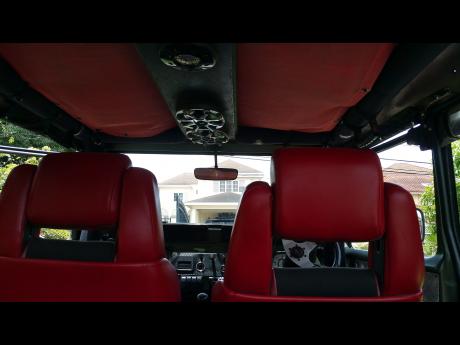 Given that this vehicle is built to go through water, the main speakers are placed on the roof as a precautionary measure. The sub-woofers at the back are waterproof. 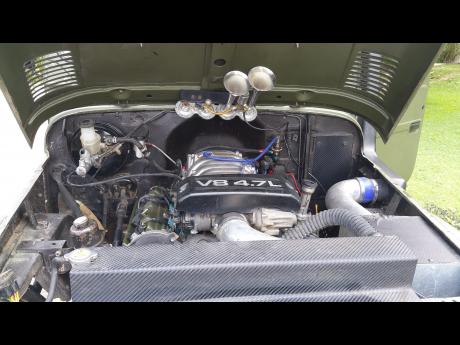 The vehicle is armed with a Toyota Coaster eight-cylinder V8 engine. 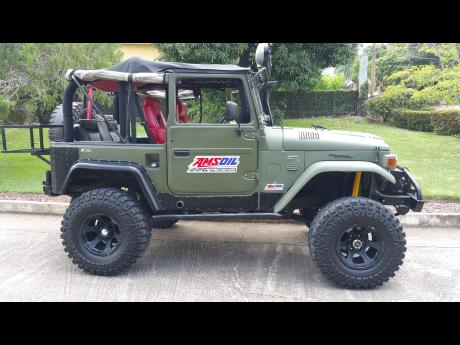 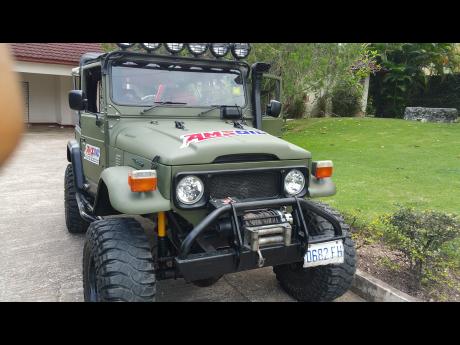 As a young boy growing up in Manchester, James Sampson spent much of his teenage years riding off-road motorbikes across challenging terrains for fun. "I started riding motorcycles very early and I fell in love with them immediately. My father would take me bird-hunting and I would get to ride through the bush which was so much fun," shared Sampson.

This love of cross country motorsport continued into his adult life as his skills grew with every excursion. "I remember my parents buying me a bike in college and then saying 'that was it, no more bikes!' So, when I graduated and got my first job I bought myself a CR125 dirt bike," revealed Sampson.

His experience with the sport came to a dramatic halt in 2003, when he had an accident while riding, where he had a head concussion. "It was a near-death experience and what made things worse was the fact that the birth of my child was taking place the same time I was in the hospital, which I didn't get to witness," said Sampson.

This had a life changing effect on him, which had him looking at more cautionary ways to enjoy his adventurous side. "After the accident I decided to put down motorcycling for a while for something safer which was off road driving. My good friend Craig Powell had always had a Jeep and he encouraged me to get involved into off roading, so I began to focus my attention there," said Sampson.

Despite driving many off-road vehicles he was not satisfied until he acquired his current pet project, a 1984 Toyota FJ, which was bought in 2009. "I remember going to a lot of junk yards and police stations trying to find the Landcruiser with no luck until I located one in Black River. It was rusty and was not driving, but I had a vision for it. So, I negotiated the price and took it to my home on a wrecker and started restoring it."

He is also quick to point out that he is not a mechanic, but surrounds himself with competent persons who help him get his vehicle to perform the way he wants it to. "I am not extremely mechanically oriented but I have a love for anything outdoors. I'm not into fast cars or racing on a track; my thing is to build a machine that gets me close to nature."

Given the poor state of the vehicle the restoration process, which took about two years, was tedious but fun, as described by Sampson. "Once I got it home, my team and I tore everything down and fully sandblasted it to bring back the body. However, my primary concern was the power, so I started to put a lot of my energy in the engine. This led to me putting in a Toyota Coaster eight-cylinder V8 engine, which had to be modified extensively, because it was producing a lot of smoke at first."

However he is still open to change this perspective as he jokingly added, "At some point I might supercharge the engine or change it from a manual to an automatic. A part of the fun of owning this vehicle is to try to push it to its limits."

After doing his initial work on the engine, he started paying attention to adding certain creature comforts to make the vehicle more enjoyable to drive. "I really like music, so I installed speakers and stereo system first, then I added a special spring over axel suspension system to ensure the ride is smooth and the final cherry on the cake was the push-button start feature, because all the new vehicles have this," said Sampson with a smile.

What the future holds

Sampson admitted that since the birth of his son, his care-free riding days are behind him as he now tries to steer his son on to the right path. "I see so much of me in him and every time I go off road, he insists on coming with me. Genetically, he loves bikes, so I bought him a dirt bike and all the protective gear to ensure he doesn't make many of the mistakes I did," shared Sampson.

This has also caused a resurgence in Sampson's interest for motor cross off-road biking, from which he had taken a hiatus for 14 years. "I ended up buying a bike for myself when I bought one for my son, which led me to start riding again, because I have to be teaching him how to do things the right way on the bike," he disclosed.

However, this time, Sampson rides more cautiously to avoid any accidents. "One of my biggest regrets from my accident was the fact that I was not wearing a helmet, and this is a mistake I would never want my son to make. So, now we go on the track ever so often and do things the right way with full safety gears."

As for the van, Sampson uses it to participate in all the events held by the Jamaica Off Road Challenge group and is also sponsored by Amsoil. "With the connection I have with this vehicle, I don't see myself parting with it anytime soon," said Sampson.

Pull quote: "After the accident I decided to put down motorcycling for a while for something safer which was off road driving. My good friend, Craig Powell had always had a Jeep and he encouraged me to get involved in off roading, so I began to focus my attention there," said Sampson