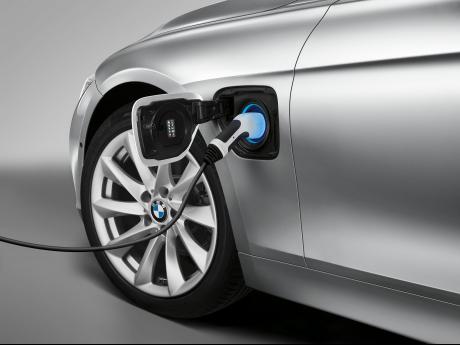 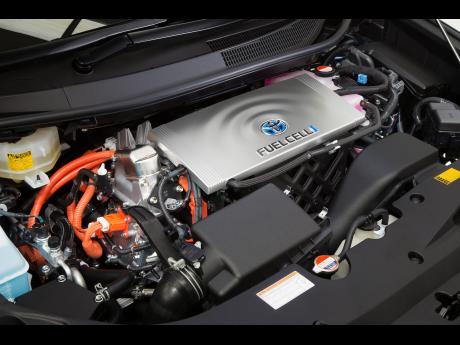 If we didn't know it before, we know it now: climate change is no longer the elephant in the room that our children and grandchildren need to concern themselves with. It's no longer research papers and scientists hypothesising over what might happen in the decades to come. And one would have seen the devastating effects of Hurricanes Harvey, Irma, and Marie last year. It was all there in plain view.

In the automotive industry, Swedish car giants Volvo were the first in the industry to announce plans that their entire model range would offer hybrid or electric variant by 2019, and the other leading car brands have followed them in making statements of their own. Currently, there are in the region of 165 models available. That Volvo started the revolution is unsurprising given that Scandinavian countries such as Sweden are some of the most environmentally sustainable in the world. Despite boasting a population over three times that of Jamaica, Sweden recycles 99 per cent of all household waste in one way or another, and almost half of its energy comes from renewable sources. But who cares about what happens 8,500 miles away, one might ask. Your answer will depend on your broad vision.

John Ralston, chairman of the recently formed New Car Dealers Association of Jamaica, commented, "The Caribbean is a region that is envied the world over for the natural beauty of its environment. Yet the flipside to that coin is, whether one admits it or not, that we're almost completely dependent on it to put food on our tables. The environment we provide ourselves and those who visit us is the proverbial 'Golden Goose', and once we've killed it, there's no more gold.

Yes, it's a fact that transportation is one of the largest contributors to climate change, producing carbon dioxide and carbon monoxide. Yet, the irony of that is not lost on automotive companies at all. However, every single car company on God's currently green Earth is making huge steps to play its part in moving away from engines reliant on fossil fuels to electric and hybrid variants. Is it the answer to our prayers? Not completely, but it's a pretty good start, and now we need to embrace it."

Global sales of electric cars are expected to climb from 1.2 million in 2017 to 1.6 million this year and up again to an estimated two million next year. To put in in perspective, in 2005, electric cars still numbered in the hundreds. Now, decreasing costs, longer battery ranges, and an increasing number of charging points are driving huge demand.

Of course, Tesla made its name on electric cars, BMW has had their BMWi cars in the market for some time, and premium brands such as JEEP and Porsche, with their Mission E project, are catching up fast, but it's not just the premium brands leading the way. 'Volume' brands like Toyota, Honda, and Ford have also developed their own models, and they'll soon be available to us in Jamaica. China, not the first country that springs to mind when talking about environment protection, is the number-one market for electric cars. However, recently, 10 countries, including the UK, US, France, Germany, and Japan, committed to a target of 30 per cent of market share for electric vehicles by 2030.

This is where the rubber hits the road: How will Jamaica choose to embrace this technology? Naturally, substantial infrastructural changes must be implemented in order to fully support full electric cars in Jamaica, but a conscious move towards plug-in hybrids is realistic in the short and possibly medium term.

We've already seen a local appetite for traditional hybrid and plug-in electric hybrid vehicles, or PHEVs, as they're known in the trade - cars that combine an internal combustion engine with a battery.

Traditional hybrid vehicles are readily available in Jamaica and offer significant reductions in emissions, especially when operating in urban traffic. Hybrid vehicles derive most of their power from the engine. They can run solely on electricity at very low speeds, but the electric motor is mostly there to complement the engine when extra propulsion is needed.

Plug-in hybrids, on the other hand, are a little closer to a fully electric car and can operate purely off electrical power for 30-50km once fully charged, making them ideal for the daily commute. Furthermore, plug-in hybrids come complete with sleek home-charging systems, easily installed by a local contractor.