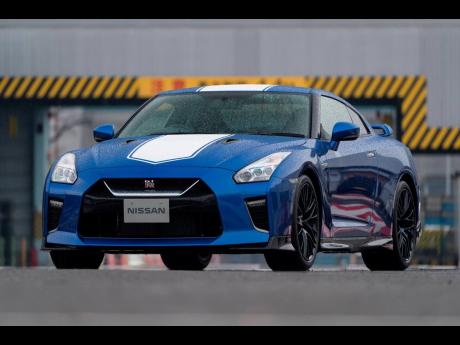 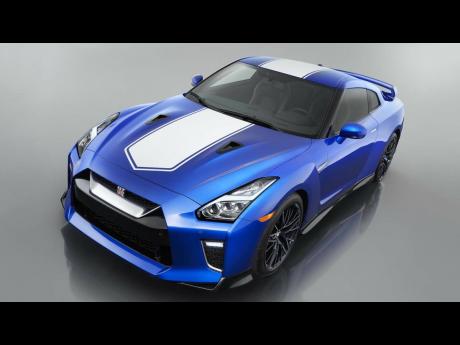 The Nissan GT-R is turning 50, but Godzilla is not showing its age – at least if its handmade engine has anything to say about it.

The Japanese automaker revealed the 2020 Nissan GT-R at an event tied to the New York Auto Show, touting a 50th-anniversary edition and showcasing the vehicle’s raw speed.

Nicknamed after the fictitious monster from film, the Nissan GT-R is what automotive experts call a ‘halo car’, which is typically designed to generate buzz for the brand, even though most people can’t afford one and sales are not expected to be high.

It’s an “every day, every time, super sports car”, Nissan GT-R chief product specialist Hiroshi Tamura told journalists at a glitzy event in Manhattan. “This GT-R brings the excitement and energy of the racetrack to the road.”

The GT-R, originally made for Japanese customers as the Skyline GT-R, made its way to the United States about a decade ago and quickly gained a following. It has been featured in the Fast and the Furious film franchise, which has helped grow its legend.

“It became this very sought-after vehicle,” said Karl Brauer, executive publisher of Kelley Blue Book and Autotrader. “The nature of this car is, people are going to go as fast as they can from zero to 60.”

The 2020 model gets 565 horsepower from its handmade 3.8-litre, six-cylinder, twin-turbocharged engine.

The GT-R Track Edition, made specifically for racing purposes, gets 600 horsepower.

The 50th-anniversary edition will be offered in three special two-tone exterior colours and a special grey interior. It also gets a special steering wheel, embossed seats and other interior features.

The GT-R is part of Nissan’s DNA. Nissan’s new North America chairman, José Luis Valls, said recently that his job interview with the company included a drive of the GT-R.

Nissan also revealed a 50th-anniversary edition of the Nissan 370Z recently. The 2020 model-year two-seat coupé gets 332 horsepower from its 3.7-litre, six-cylinder engine. Pricing was not released, but the 2019 model started at about US$30,000.

While the 50th-anniversary editions of the Nissan GT-R and Nissan 370-Z are bound to generate buzz, the chassis and body styles of each car haven’t changed much. In fact, neither vehicle has got a total redesign since 2009.