Where are the cameras in your car and what are they looking for? 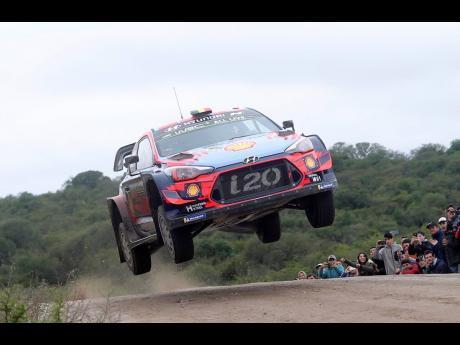 Nicolas Aguilera
Driver Thierry Neuville and his co-driver, Nicolas Gilsoul, both from Belgium, race their Hyundai i20 Coupe WRC on the first day of the fifth round of the FIA World Rally Championship in Las Bajadas, Cordoba, Argentina, on Friday, April 26, 2019. 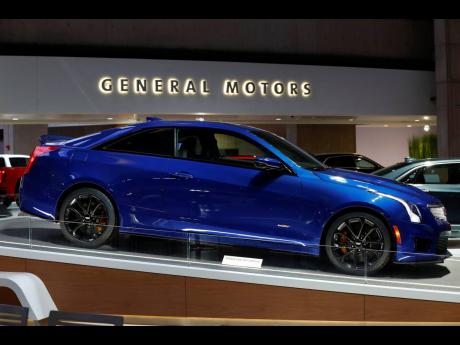 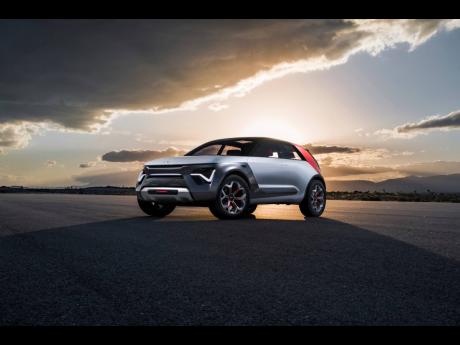 AP
This undated product image provided by Kia Motors shows the Kia HabaNiro Concept. The futuristic-looking SUV has winged doors, and Kia says it will be able to go more than 300 miles on a single electric charge. (Kia Motors via AP) 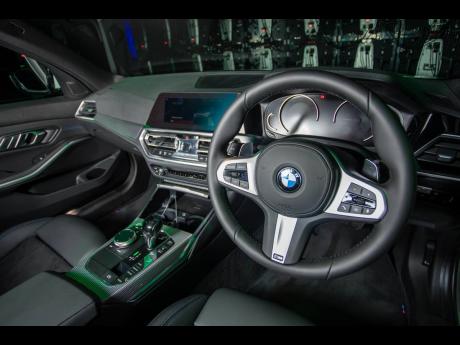 Kareem Latouche
The redesigned interior of the 2019 BMW 3 Series is a clear representation of sporty modern elegance. Its high-quality finishes and minimalist design, coupled with its innovative technology, make it a great contender for the premium sedan market. It’s longer compared to the previous generation, adding more cargo and rear-seat legroom.
1
2
3
4

In 2018, drivers asked for hi-tech, onboard cameras, and now, they’re getting them.

From upgraded blind-spot cams to facial-recognition software installed in the dash, cars on display were equipped with several sets of digital eyes that could improve vehicle security, safety and convenience.

Some of the cameras could help propel cars closer towards an autonomous future by enabling the vehicle to see what’s around it. Others were installed to combat drunk driving by analysing the driver’s face and behaviour.

Last year, onboard cameras were on the top of motorists’ wishlists, according to auto trends search data released by Google. Auto companies like Kia, BMW, Tesla and General Motors are positioning themselves to meet the increasing demand.

Where are the cameras?

Cadillac’s new CT5 compact sedan has a hands-free driving assistant that can navigate most United States (US) highways on its own, as long as the driver stays attentive. Unveiled at the auto show, there’s a camera on top of the steering column that monitors the driver’s awareness.

The 2020 Hyundai Sonata, which made its first stop in North America at the auto show, has five cameras installed throughout the car – four of which are used to provide the driver with an enhanced bird’s-eye view of the vehicle’s exterior.

The sedan has front-facing cameras, mirror-mounted cameras, a rear-view camera and ultrasonic sensors that project sound waves to detect the proximity of objects to the vehicle.

BMW has an optional driver-monitoring camera in its new 2019 X5 SUV. The video camera is mounted in the digital dashboard as part of BMW’s Extended Traffic Jam Assistant system to make sure the driver is paying attention to the road ahead.

Tesla cars are also bespeckled with cameras, both internally and externally.

Eight surround cameras give new Teslas 360 degrees of visibility, helping the semi-autonomous cars see the world around them.

Where do images, videos and data end up?

Some go straight to the manufacturer.

With all these cameras and sensors, modern cars can collect details about driving habits that some automakers use for future innovations like digital road maps that can help with autonomous driving.

BMW, for example, provides real-time vehicle data to the mapping software company HERE. The data is being used to develop a range of connected vehicle services, according to HERE.

Some of the data and images never leave the car.

The computers on Tesla vehicles house information that drivers voluntarily save. The information can be erased through a factory reset.

Getting data from your own Tesla after a wreck requires that you buy a proprietary cable that costs US$995. The software required to use the hardware is free.

What can the cameras be used for?

Consumers want onboard cameras that go beyond recording the road ahead, according to Google’s auto trend data, and that’s precisely what car makers are offering.

With 16 cameras and sensors, the 2019 Kia K900 was built to eliminate blind spots. Cameras on the outside of the car offer a clear view of your blind spots on the digital dashboard.

The 2019 Mercedes-Benz GLS SUV uses forward-scanning cameras and mapping data to tilt the car into corners for a smoother ride on and off road. Mercedes says it “ensures superior suspension comfort, agile handling and good off-road capabilities”.

In 2016, the Cadillac CT6 introduced a video-recording system for added sedan security and a head-tracking system that helps make sure your eyes stay on the road. Captured footage is stored on a standard SD card in the truck of the vehicle.

Cameras might also soon be able to reduce risky behaviour.

Volvo announced in March that it “believes intoxication and distraction should be addressed by installing in-car cameras and other sensors that monitor the driver and allow the car to intervene”.

Early next year, the company will be installing in-cabin cameras in all of its vehicles.

Tesla CEO Elon Musk took to Twitter to explain why there’s a tiny camera installed above the rear-view mirror in Model 3s.

Musk said that the camera will help the Palo Alto-based company compete with ride-sharing giants in the future.

“It’s there for when we start competing with Uber/Lyft & people allow their car to earn money for them as part of the Tesla shared autonomy fleet. In case someone messes up your car, you can check the video,” Musk said in a tweet.

Unlike dashboard cameras you can stick on your windshield, automakers are building extra sets of eyes directly into their cars’ body.

How permanent are the cameras?

So one of the only ways to avoid them if you want 21st-century vehicle safety is to buy a car that doesn’t use them or opt out of optional advanced safety features.

However, finding a new vehicle that doesn’t have at least one onboard camera may be more difficult as time goes on.

New cars sold in the US are required to have backup cameras to help drivers avoid accidents under a federal regulation that took effect last year.

The regulation requires rearview cameras and video displays on all new models to prevent accidents in which pedestrians are run over because a driver can’t see them as they back up their vehicles.

The global automotive camera market is expected to almost double in the next six years, increasing to a US$15-billion industry, according to a new global forecast report by Research and Markets.

Worried about privacy? Some cameras, like the rear-view mirror camera on Tesla cars, come with a sliding panel, so you can cover it up if you’re worried about being watched.