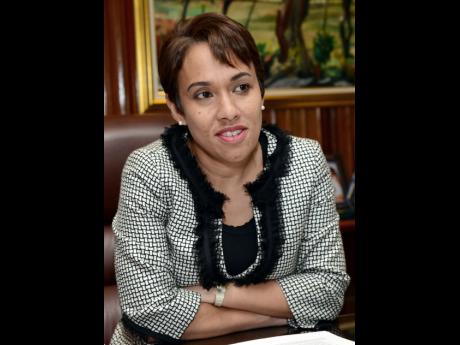 Scotia Group Jamaica (SGJ) earned $10.1 billion in net profit for its October 2015 year end, or 6.3 per cent less than a year ago, despite a strong fourth-quarter performance.

SGJ blamed the higher asset taxation on its lower profit, which tripled from $483 million to $1.28 billion. However, its wealth subsidiary also underperformed - Scotia Jamaica Investments Limited delivered $1.02 billion of net profit to the group, compared to $1.85 billion a year ago.

Overall, SGJ's return on average equity stands at 12.3 per cent compared to 14.2 a year earlier.

The fourth-quarter alone earned the group $3.9 billion in net profit on revenues of $9.8 billion, or 39 per cent higher net profit year on year. However, the bank said the quarter benefited from a one-off event linked to the release of accumulated actuarial provisions under the changing income tax regime for insurance companies.

"We executed a number of initiatives this year to increase operating efficiencies and to make it easier for customers to do business with us through alternate delivery channels," said President and Chief Executive Officer Jacqueline Sharp in a statement accompanying the results.

"In addition, remaining true to our core purpose of making customers financially better off, we focused on delivering sound financial advice during the quarter through a series of information sessions to educate the country about the implications of credit bureaus, and the importance of maintaining a good credit score."

The six per cent loan growth in its loan book after impairments, however, reflected a slowdown from the 2014 period when the portfolio grew by eight per cent. The bank's sales team has been pounding the pavement and working the phone lines to pitch products to customers in order to bring in new business, as a result.

SGJ remains one of the strongest groups operating in Jamaica with $88.7 billion in total equity as at October 2015, up from $79.8 billion a year earlier.