Francis Wade | How to give video game-quality feedback 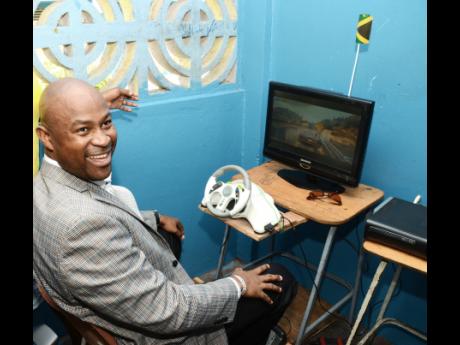 In this March 4, 2016 photo, Permanent Secretary in the Ministry of Education Dr Maurice Smith enjoys a video game. The design principles used for video games have applicability to workplace motivation. 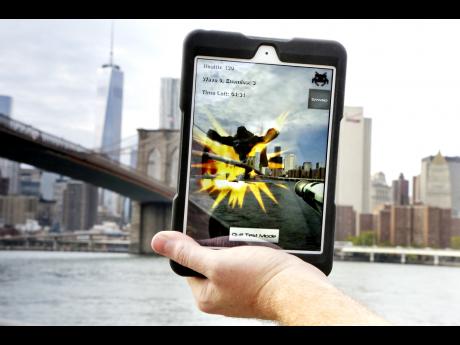 These programs are designed to deliver fast, consistent, and objective feedback after every action a player takes, helping them to make rapid improvements. When they also offer carefully crafted levels of achievement, it's hard not to become addicted.

Given their success, what you can you as a manager learn from them in engaging your staff?

In my article published October 9, 2016, we saw that companies crowd out employees' intrinsic motivation when they rely on carrots and sticks. While managers think that these contrivances work, they are weak and unsustainable in the long term.

The truth is that most companies don't want fickle employees who must be incentivised at every turn. Instead, they want self-starters. Unfortunately, most do little to encourage them along this path.

As a young AT&T consultant, I found myself with a new boss after a reorganisation. Tanya was a smart, likeable professional whom I had admired from afar. However, she didn't know that I had quietly made a big decision.

A few months prior, my colleagues and I learnt that the difference in raises between the best and worst performers worked out to less than a dollar per day.

We were stunned. Until then, performance review was held as an important indicator of success. Individual efforts to improve one's rankings involved acting to be noticed by the 'right' people. Now, the gig was up. As I explained to Tanya in our first meeting, I no longer cared about the results of the rating process. I would only focus on doing a great job that met the needs of my clients.

She nodded politely, but when we met a few months later, I had to remind her of my decision. As we sat down in a New Jersey cafeteria for my annual performance review, she appeared nervous. To put her at ease, I brought up our prior conversation.

"Remember, it doesn't matter to me. There's no monetary reason to care, and only a few of your peers who judge performance know what I do. So, if you can offer me your advice on how to do a better job, that would be the part I really care about."

The silence between us was deafening. She was shocked. Caught off-guard, she offered little more than some vague advice. The conversation was over in a matter of minutes.

Now, looking back, that moment was pivotal. It was my first opportunity to become a full self-starter. I felt the kind of inner motivation companies like to see.

However, I also placed myself well outside Tanya's control.

As a manager, how do you influence employees when they aren't afraid? Is there something you can borrow from video game design principles?

Video games are designed to give players crystal-clear, unambiguous feedback on their actions. It's the only way to induce players to change their behaviour and observe the result. By contrast, most corporate feedback is vague and based on flaky opinions. They are more akin to politics than reality. As a result, employees who are self-motivated learn how to separate signal from noise, fact from fiction, like I did.

As a manager, the onus is on you to create feedback mechanisms that are impartial. Also, you need to craft measurements that help an employee see and learn to manage the drivers of top performance. Most employees crave this information, and without it, they get bored or disillusioned. Work hard to meet the new, highly engaging standard.

Reluctantly giving employees an annual review just won't cut it. The recency effect the tendency for a review to focus on the last few months of the year undermines the effort. It's far better to set up regular, frequent reviews so that not a single employee is left wondering how they are doing. Leaving an employee guessing is a sure sign of trouble.

Remember, video games provide feedback every few seconds. That's what you are competing against.

Studies show that the best time to give feedback is near to the moments of success or failure. If you pay close attention, you will be able to detect these moments and set up occasions to provide feedback. The quicker, the better.

I imagine that these principles are not new to you. However, today you must appreciate that your staff craves the high quality feedback it gets from Pokemon Go, Angry Birds and other games. When it's not provided, they probably suffer without complaint, simply waiting for the weekend. That's when they can become engaged.

Don't allow this to happen. Your company expects you to bring out the best of your employees during the 9-5 weekday. Not after. Overhaul your feedback methods and get them in line with today's high standards.

- Francis Wade is a management consultant and author. To receive a Summary of Links to past columns, or give feedback, email: columns@fwconsulting.com.