Francis Wade | How to work in Trinidad? By overcoming misgivings 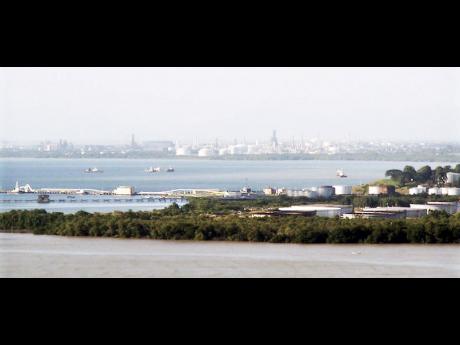 A coastal view of Trinidad's capital, Port of Spain.

Have you ever wondered whether or not everything you hear about working in Trinidad is true? Perhaps you know their economy, although it's currently in recession, is far stronger than its fellow members in CARICOM.

Even though it's a much easier country for Jamaicans to enter than ones in North America and Europe, the headlines have been disturbing, making it appear impossible. Are they true? Or is it hype?

These are no idle questions. If you make the right decision, it can be a boon to your career and financial situation. If you are a business owner, doors could be open to a new market featuring a healthy middle class.

When high energy prices decimate the Jamaican economy, it has the opposite effect in Trinidad, leading you to think that you should spread your risk. Most people buy into the sensational stories, paralysing themselves in the process. They end up making no decision at all, confused by mixed signals. No one offers clarity to provide a transparent, fact-based choice.

In 2016, our firm Framework Consulting tackled the issue. During The Jamaican Professional in Trinidad Project, we interviewed over 50 Jamaican professionals working in the twin-island republic. The first report, written for individuals, has just been released. Here are some of the common questions we have answered.

Perhaps your worst nightmare is that after spending money and effort to set up a trip, you are refused entry at Piarco Airport.

We asked Jamaican professionals, that is, owners of a business or a degree, whether they faced issues entering Trinidad. Overwhelmingly, their response was "no", but they reported the following:

- Travellers need to have a printed return ticket, specific knowledge to complete the landing forms plus answers to certain routine, but unique questions.

- Expect low customer service upon entry. There are multiple reasons why this features in everyday Trinidadian life, and a visitor should expect that this particular experience should be no different. In addition, immigration boundaries in Trinidad are under threat in ways that Jamaica, with its welcoming arms, is not.

With that expectation and knowledge, it's not "hard" for a professional to enter repeatedly, receive a Trinidadian CARICOM Skills Certificate and eventually earn a landing stamp. The process is unusually tedious and drawn out, with moments of frustration, but it isn't rigged against Jamaicans. In fact, Trinidadians have long complained about the service they receive as citizens.

Another surprise other nationalities, such as Guyanese or Venezuelans, have a greater claim to poor treatment. Consequently, Trinidadians are surprised when Jamaicans complain because they are treated no differently from others who remain relatively silent.

Most people entering a new country wonder if they will face discrimination from its ordinary citizens. The challenge is that none of us is a blank slate we think we know what good and bad treatment looks like before it takes place in a faraway country.

Our findings reveal that Jamaicans moving to Trinidad expect to be treated as visitors. Back home, this equates to showing the outsider a nice time, extending them special courtesies and doing as much as possible to show them parts of the island which are a source of pride.

Instead, their pride comes from accepting visitors immediately, treating them as if they have always belonged. This has its obvious benefits, but there is also a drawback: it means being open to the local style of teasing.

'Old talk', 'pecong' and 'fatigue' are some of the terms used to describe a kind of indirect criticism that Trinidadians give to each other in the form of jokes. It's an essential part of the social fabric, even forming the backbone of Calypso music. Some see it as a method developed over time to deal with the tensions between races, religions, and social classes that shock many outsiders.

However, our data shows that the Jamaican who is subject to this form of discourse often feels disrespected. Furthermore, the Trinidadian who demonstrates this behaviour is seen as dishonest. When they don't come clean, Jamaicans take it personally.

Once again, the person who is unprepared will react poorly, believing that they are being singled out for poor treatment.

But they aren't. We also surveyed a control group of non-Jamaicans who have lived in both countries. They report the same experience.

These are just two of the findings from our study which anyone interested in doing business in the twin-island republic can use to prepare themselves for success. They go far beyond the hype.

- Francis Wade is a management consultant and author of Perfect Time-Based Productivity. To receive a Summary of Links to past columns, or give feedback, email: columns@fwconsulting.com.