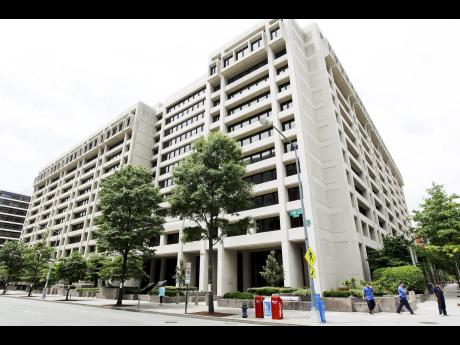 Among Jamaica-born women living in the United States, 50 per cent have at least a college education, evidencing the significant brain drain, especially among that gender from Jamaica.

Nearly a third of all women with at least a college education in Jamaica have emigrated, compared with about 13 per cent of those with high-school certification or less, according to the May 2017 International Monetary Fund (IMF) regional economic outlook for the Western Hemisphere.

Those patterns reflect the significant numbers of Jamaican nurses and health-care practitioners, it said, noting that 65 per cent of Jamaican immigrants are employed in those sectors compared with seven per cent in the US-born population.

The report said that for men, the statistics are not as striking, but there is nevertheless evidence of brain drain.

It said Jamaica is one of the very few countries in the Caribbean which publish household data that includes detailed educational attainment.

Pointing to the 50 per cent of Jamaica-born women living in the US who have been college educated, the report said "this is double the attainment rate in the home country, where only a quarter of women have a college education".

The Economic Commission for Latin American and the Caribbean (ECLAC) a United Nations body ranks Jamaica second after Guyana in the number of emigrants as a share of the total population in its May 2017 report on the employment situation in the region.

ECLAC said, however, that the figures on emigrants are minimum estimates, in as much as they consider only a limited number of countries from Europe and Oceania.

Various sources have suggested that there are nearly as many Jamaicans living outside of Jamaica as there are living in the island.

The IMF regional outlook suggests that outward migration in isolation may lower growth in home countries through reduced labour supply and productivity, but the remittances sent home by migrant workers serve as a mitigating factor, both by serving as a large and relatively stable source of external financing, notably in Central America and the Caribbean, and by helping to cushion the impact of economic shocks.

It said targeted reforms in home countries can help reduce outward migration and the attendant adverse consequences, in particular, structural reforms aimed at leveraging the pool of high-skilled and highly educated workers to foster economic diversification at home.

In the short term, it said, steps to curb brain drain could ameliorate the negative effects from emigration. "Because the type of emigration linked to brain drain typically generates relatively little remittances, the net effect for these countries can be especially negative (despite being beneficial for the individual)," the report added.

"These findings support the case for long-term measures to retain potential emigrants, either through structural reforms that foster job opportunities for the highly educated (for example, the development of a medical tourism industry) or through shorter-term measures to limit the subsidisation of brain drain with public funds (for example, through bonding schemes, whereby people who have benefited from public funding for education must remain in the home country for a number of years)."