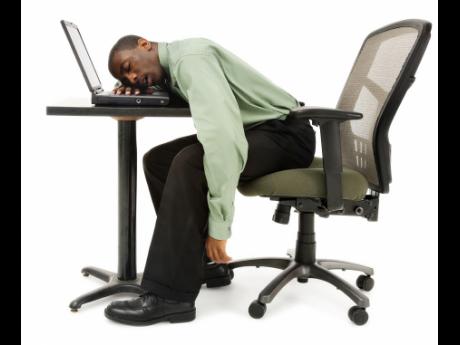 Are you stuck with employees who don’t have what it takes to make necessary improvements to the way work is done?

If so, avoid the mistake of believing they can’t improve your company’s processes. Here’s why.

As you analyse your operations, you may already recognise there are processes which need to be dramatically improved. If high unit costs, poor customer service, long lead times and bad quality are some of the problems you face daily, consider these to be signs confirming the need for an urgent change.

But as you survey the situation, your heart sinks. Your staff appears to be unable to implement even the most obvious improvements. They are happy to repeat the same broken processes each day, producing identical, poor results.

In response, you may be tempted to take a shortcut, by following these three steps of Method A — find an expert to define better processes, preferably automated; train people how to use the new process; measure the results.

It looks simple and commonsensical. By itself, it’s hard to imagine any other approach. But there is another, Method B — select a team of in-process employees to improve the process; heavily facilitate their improvement efforts; measure the results.

By comparison, the second approach looks to be more difficult, and take longer. Yet, it’s the better method to follow under the following three conditions.

Reason 1 — When current knowledge is lacking: Most local companies don’t have documented processes. This leads to an inevitable gap between the way a process is supposed to work and the way it actually functions. To survive, staff members develop shortcuts and workarounds, then pass them from one person to another by word of mouth.

Outside experts cannot understand these nuances by conducting a few informational interviews.  Their attempts fail because an unmanaged process falls apart in unpredictable ways. Some of these failures are rare, with remedies known only to a few insiders. While sitting in an interview, they forget to mention these errors, blinded by their unconscious competence.

To make things worse, in people-intensive processes, knowledge is widely distributed. Discovering the true nature of a process’ performance has to be a group activity where knowledge is combined and documented in real time. Usually, such sessions raise a host of surprising issues. Together, these reasons support Method B.

Reason 2 — You may require more buy-in than you think: Implementers of automation often believe in Method A due to its simplicity. However, they overlook the fact that there must be a time of overlap and transition between old and new processes. During this period, which is required to keep the business running, staff must undertake behaviour changes.

However, if they see the new process as “The Enemy”, a foreign object to be expelled at all costs, prepare yourself for passive resistance.

In extreme cases where the new process cuts jobs, be ready for sabotage. Critical information is withheld as mistakes multiply, causing the overlap to drag on. By the end, if the transition ever takes place, the savings are minimal, the pain maximal.

Once again, Method B is the remedy.

Ideally, the future should be filled with further improvements. But there’s no such thing as a process which improves itself — it involves people re-examining it to make additional changes. When outsiders are the ones who decide what must be tackled, Method A, it leaves insiders without the skills to make additional upgrades.

Therefore, the dominant rule is: include people executing the process early and often. But there is an exception. When the underlying process to be improved is short and simple, like boiling an egg, Method A works. However, with a complex process which cannot easily be automated, like making a soufflé, only Method B succeeds.

Sometimes, leaders create problems for themselves by arguing that they have complex processes, but they are staffed by ‘stupid’ people. Craving Method A, they say employees cannot be trusted because they either won’t take ownership or lack the skills. This is a grave mistake.

Often, from the heights of the executive suite, every process looks simple. If your company has little history of process management, it’s safe to assume there is hidden complexity, and therefore high risk involved. You must use Method B, giving employees the tools and expertise needed. This includes team-building activities so that together, they can function far better than they can working separately. This is why a team of ‘stupid’ employees can outperform smart individuals acting separately.

Including employees is more challenging in the short term, but it hews far closer to reality. In most cases, it’s the best approach to implement the lasting change your organisation needs.