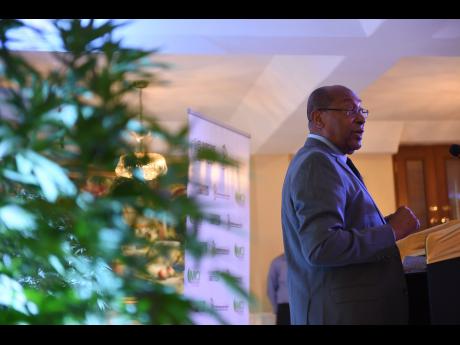 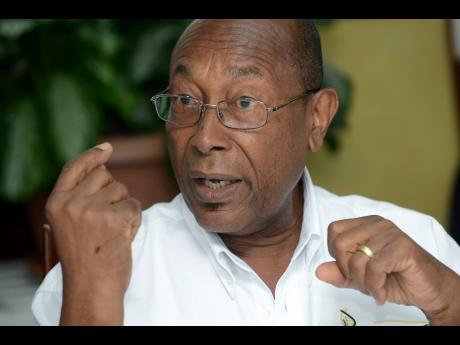 He is currently in preliminary talks with pharmaceutical interests who want to fully acquire or license the rights to Cresorol. These entities are based in United States, Canada and South Africa.

A deal would see the Lowe-controlled Flavocure Biotech LLC give up or reduce its rights to earn from the retail sale of the drug, which is still in its developmental stages. The drug should come to market within the next two to three years.

The sale of the intellectual property or IP rights, however, would give Flavocure much-needed capital to continue the development of six other drugs, the scientist said in an interview with Gleaner Business.

Earlier in July, Lowe indicated that he would avoid selling to foreign venture capitalists, saying that in his experience such entities seek ownership of the company rather than the drug. The entities he's in talks with now want the drug and not necessarily the company. Optimally, he wants to enter into a licensing arrangement in order to avoid big pharmaceutical companies buying the patent and "parking the drug".

"We are not selling the company. We are seeking to sell the rights to the acute myeloid leukaemia drug only," said Lowe, who owns the Eden Gardens Group of Companies under which Flavocure Biotech falls.

Cresorol, which targets acute myeloid leukaemia, received US Food and Drug Administration (FDA) orphan-drug status in June, and now requires final development for commercialisation, a process that can take years. The FDA regulates the food, drug and tobacco industry in the United States.

Lowe previously indicated that the drug in its current form could fetch anywhere from US$15 million to US$50 million. The drug is intended to treat cancer conditions which affect fewer than 200,000 patients in the US, so it's seen as novel or categorised as 'orphan' by the FDA.

Lowe says the proceeds of the sale or even licensing of Cresorol would continue the development of six other drugs he is working on that target cancer, diabetes and neurological illnesses. He and his team are in various stages of filing applications for these drugs with the FDA, but Lowe declined to offer specifics at this time, citing the competitive nature of the industry.

The Eden Gardens Group consists of EG Wellness Brands, which includes food and cosmetic products; Medicanja Limited, which includes the cannabis marketing arm; Bio-Tech R&D, a nutraceutical and cosmoceutical lab in Jamaica at the University of West Indies; Educational & Scientific Labs in the US, which specialises in ball moss drug development, otherwise called Old Man's Beard; and Flavocure Biotech, which specialises in cannabis drug development.

Two weeks ago, Lowe indicated he was seeking to raise capital of roughly US$3.5 million to finance Cresorol's development as a retail product. On Monday, he indicated that so far he has raised US$1 million from overseas interests, mostly "in kind".

Lowe says he prefers to raise the additional funds locally but to date has received no solid enquiries. He recalled that local banks denied him capital despite holding collateral in the form of IP. Two of his five patents have been internationally valued at a combined US$25.8 million and are booked on his audited balance sheet.

"There is a disconnect and something has to be done," the scientist said, referring to the shortcomings of the valuations of IP in the National Security Interest in Personal Property legislation and the registry it created, branded as NSIPP.

"Nobody locally in the financial sector recognises our IP valuation. Even though auditors have accepted this, you can't go into a bank and get a loan with it why not?" Lowe demanded.

NSIPP became law four years ago to accommodate unconventional forms of collateral, such as crops, livestock, IP and personal property, to secure loans. Motor vehicles make up over 80 per cent of items used as collateral in the NSIPP, while IP is among the negligible items listed in the database.