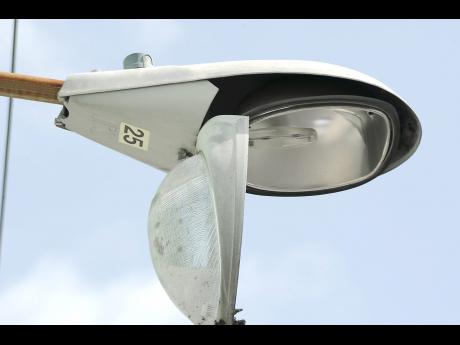 The Jamaica Public Service Company (JPS) will be levying a late payment interest charge on any of the Government's electricity bill balance that remains unpaid seven days after the due date, effective October 1.

JPS Director of Corporate Communications Winsome Callum, confirmed that the overall government debt to the power supplier was just over $5 billion and that the new regime for applying interest charges to outstanding balances will affect government ministries, departments and agencies.

The interest charge, which will also affect commercial customers, will be applied once monthly, and in accordance with the request of the JPS there shall be no disconnections to those entities with accounts showing outstanding balances until 14 days after the due date.

That is according to the determination notice on the annual review of JPS by the Office of Utilities Regulation (OUR), which states that the light and power provider's licence entitles it to charge late payment interest to the Government and commercial customers who do not pay their bills in full by the due date.

The licence also entitles the JPS to charge a late payment fee to residential customers and offer an early payment incentive fee for payments made on time and in full by the due date.

The OUR said that in the 2016 annual tariff adjustment determination, it allowed a provisional sum of $37.5 million as the target for the 2016 interest income and that was offset against the provisional amount of $603.3 million (US$4.9 million) for foreign exchange losses to be incurred in 2016.

"These provisions were made with the reasonable expectation that JPS would make good on all its interest income entitlements," the OUR said.

The regulator determined that JPS was exercising its entitlement to collect late payment fees and in offering the early payment incentive to residential customers, but not with government and commercial customers.

In response to the OUR's request for the reasons for not acting on its full entitlement, JPS advised that it related to the incapacity of Banner, the customer information system used by the company, to precisely calculate interest charges on outstanding balances from the due date to the date each item was settled.

JPS said it engaged Banner's developers, the Hanson Group, to implement the modification required and had anticipated implementation by August.

The utility said its preferred methodology was to levy the late payment interest charge once monthly on balances that remain unpaid seven days after the due date - a formula that was agreed by the OUR, paving the way to implement the penalty.

The OUR advised JPS that if it fails to implement the late payment interest charge, in the next annual review it would determine an amount to offset against the foreign exchange surcharge.

JPS advises that where interest is to be applied to an account, a full month's interest will be charged at the expiration of day seven after the bill becomes due. If the customer pays within the seven days there is no charge.

Earlier this year, Parliament's Public Administration and Appropriations Committee was advised that the Ministry of Local Government owed the JPS approximately $5 billion for street lights.

Moreover, the committee heard that the ministry did not pay those bills for three months in fiscal year 2016-17. The new JPS regime means that if the Government does not pay for any month going forward and if a balance is outstanding it will attract monthly interest charges.