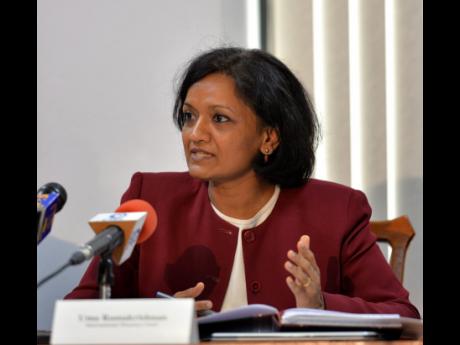 After five years of reforms and tenacious fiscal consolidation, risks from reform fatigue and loss of social support are high, especially as growth remains feeble and crime escalates, according to the assessment of the International Monetary Fund, the IMF.

It pointed out that addressing some of the entrenched structural problems that hamper growth "is not an overnight task," but said the difficult reforms require continued broad-based support and policymakers' commitment to persevere with the implementation.

According to the staff appraisal, considerable progress has been achieved on macroeconomic policies and outcomes.

"Growth and social outcomes, however, have been discouraging," said the latest report prepared for the IMF executive board, which last week completed the 2018 Article IV Consultation and third review of Jamaica's performance under the programme supported by the standby arrangement on a lapse-of-time basis.

The board takes decisions under its lapse-of-time procedure when it agrees that a proposal can be considered without convening formal discussions.

"Not addressing these bottlenecks could pose risks for continued public support for the Government's policy programme," the IMF said.

Addressing a press briefing in Kingston via video conference from Washington, DC on Monday, IMF Mission Chief to Jamaica Uma Ramakrishnan emphasised that progress on various fronts notwithstanding, "where we all agree that things could look better is on the growth outcome".

The IMF said the expansion of the Jamaican economy is estimated to have been a disappointing 0.5 per cent in 2017. Weakness in agriculture, slow recovery in mining, and a deceleration in manufacturing offset growth in tourism and construction.

It added that the growth forecast is being revised down to 0.9 per cent in fiscal year 2017-18 and about 2.25 per cent in the medium term. "Expected growth dividends from five years of reforms are somewhat offset by remaining structural issues, crime, and implementation capacity constraints," the IMF said.

The Fund notes that countering both weak social outcomes and escalating crime will take time, but will be essential for sustained growth.

"In this regard, the evidence suggests that early-childhood education, interventions to improve school attendance, and skills training for the youth would foster a virtuous cycle of lower crime, higher wages, stronger growth, and increased economic opportunity, particularly for the young," said the IMF staff, who, during the consultation, explored avenues to improving social outcomes in Jamaica among women, youth, and in agriculture.

The IMF also said that formalising the current inflation targeting regime will help entrench macroeconomic stability and promote growth. Upcoming revisions to the Bank of Jamaica Act, including a clear mandate for price stability, a reformed governance structure, and a strong central bank balance sheet will help institutionalise the inflation-targeting framework, it said.

The issue of the public-sector wage bill was also raised again, with the IMF noting that its reduction would allow the Jamaican Government to reprioritise spending towards growth-enhancing projects. That will require a number of reform measures which will also necessitate a reduction in the size of the public workforce, it said.

Ramakrishnan adds that while there has been a reduction in Jamaica's unemployment rate, a lot of jobs provided are in the business process outsourcing, or BPO, sector.

"Where Jamaica is in the BPO sector, the value added that is being generated ... at this point is still not contributing a lot to the headline growth number. Where I think the bigger bang for the buck would come from the BPO sector is as Jamaica moves up the value chain in terms of the provision of these services," she said.