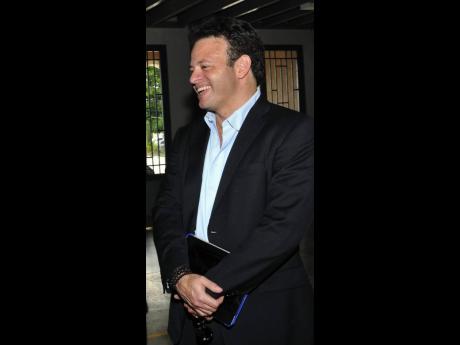 Minority shareholders in Cable & Wireless Jamaica, a tele­communications firm that went private last year and delisted from the stock exchange after a buy-out offer, can keep their shares for now, according to a Supreme Court judgment issued on Friday.

“The court has told the company that it cannot force shareholders to sell now,” said Eric Jason Abrahams, a CWJ shareholder who defended his right to hold on to his shares in the company in a claim filed by Cable & Wireless in the Jamaican court.

Abrahams is a partner and founder of Stillwater Structured Finance, based in the United States. He and his affiliates hold 64 million units of CWJ stock through CASA Corporation Limited, according to the judgment.

The court also rejected an application by Cable & Wireless to reorganise under a scheme of arrangement. That would have paved the way for the telecoms to cancel all outstanding minority shares and give its overseas parent, Liberty Latin America, 100 per cent ownership.

The court ruled that the majority owner of CWJ and its affiliates should not have been allowed to vote in the same “class” as minority shareholders in a vote held November.

“The finding that there has not been a proper meeting is fatal, and I cannot sanction the scheme,” said Justice David Batts in his judgment regarding the case between claimant CWJ and Abrahams, the defendant.

Batts said the meeting of the shareholders should have allowed for separate ­deliberation, and voting – one class for the parent ­company and affiliates of CWJ and the other class for the minority shareholders.

Cable & Wireless said, meanwhile, that they were ­examining the judgment.

The Jamaican operation falls under the Cable and Wireless Communications group (CWC), which owns 92 per cent of the shares through subsidiaries CWC Cala and an ­affiliated entity called Kelfenora, leaving eight per cent of the ownership in the hands of minority parties, whose shares Liberty aimed to cancel. Liberty Group acquired 100 per cent of CWC in 2016.

C&WJ shareholders voted in November to legally start the process of transferring full ­ownership to Liberty. George recalled that some minority owners were against the scheme, but given Liberty’s overwhelming majority, those objections were nullified.

The vote surpassed the 75 per cent required threshold but the conditions of the vote were not fair, according to Batts.

“To sanction the scheme, and thereby ­compel the minority to sell their shares prior to a ­decision whether or not the derivative action is to be allowed and on what conditions, if any, would not be fair,” he said.

There are two cases in the courts between Abrahams and CWJ. In the other matter, the courts also sided with Abrahams on his request for the US courts to deliberate on his claim regarding billions of dollars that were ­transferred from the Jamaican operation to a parent company, ultimately held in the United States.

“I intend to pursue this matter to the fullest extent of the law,” he said.

The issue relates to the repayment of a loan issued to CWJ from a Caribbean entity ­ultimately owned by the parent company. CWJ denies any wrongdoing.