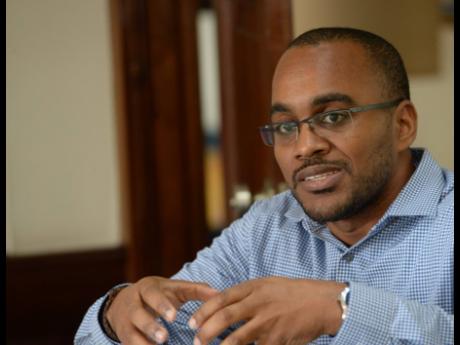 Sagicor Investments Jamaica Limited intends to create a fund seeded with well over $1 billion that will finance infrastructure projects.

The fund, which the brokerage plans to list on the Jamaica Stock Exchange, JSE, will invest in both new and established developments while working with partners in the construction and other related fields, said the company. The investments will take the form of both equity and debt.

Sagicor Investments CEO Kevin Donaldson said participation in the fund will be open initially to institutional investors and then retail investors.

“Our philosophy is to allow for participation by all, hence our intention to list on the exchange,” said Donaldson.

He told the Financial Gleaner that the time line for launch remains subject to regulatory approval. “That’s the only hold-up right now,” he said. “The target size is significant, given the deals we are looking at.”

The fund will be a holding entity for investments in renewable and non-renewable energy, water, telecoms and infrastructure projects.

Sagicor Investments has managed non-pension funds since 1994, through the Sigma Global Funds. The brokerage was the first to offer a venture/equity fund in 2010, a corporate debt fund in the same year, and a CPI-indexed fund in 2012. It presently manages 18 funds across various sectors.

Sagicor sees this fund as a “natural progression of the local capital market” as it diversifies away from holdings in mainly government-related debt, said Donaldson.

“This fits perfectly with the Government’s initiative of divesting state-owned assets as well as other infrastructure-related projects. This fund will allow even the smallest investor to participate in these opportunities,” he added.

The infrastructure fund is designed to operate for five to seven years, over which time investors are expected to earn quarterly dividends “with an expected yield of up to 4.0 per cent in USD,” Donaldson said.