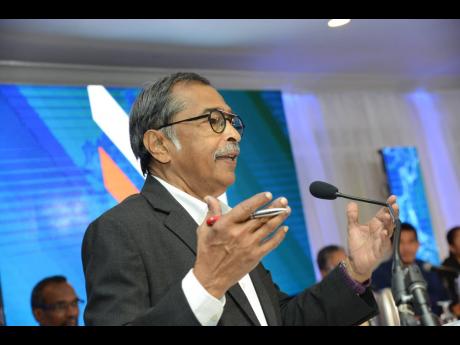 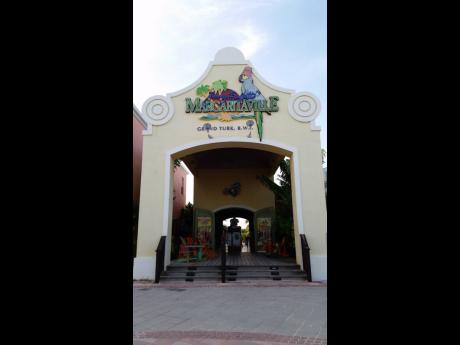 The entrance to the Margaritaville Turks restaurant in Grand Turks. The restaurant is one of several investments that Harry Maragh has made outside the port of Kingston.
1
2

Harriat ‘Harry’ Maragh has built up significant holdings over many decades in the shipping industry.

He now owns multimillion-dollar properties adjacent to the port of Kingston, where he once fished and caught crabs as a little boy growing up in Greenwich Town, a sprawling inner-city community in close proximity to the port.

His flagship business, Lannaman and Morris Shipping Limited, with a staff of 107, is said to be hitting the $1-billion mark in annual revenues, with profitability in the business believed to be anywhere between 20 and 40 per cent of gross earnings.

“Over the past 20 years, we have never lost money,” the businessman said of the now diversified business.

Among the many lessons the former head of the Shipping Association of Jamaica has learned over his 45 years in shipping and allied businesses is the well-known adage to never put all his investment eggs in one basket.

The 68-year-old investor, who raised $70 million in loan financing to buy out Lannaman and Morris, the shipping agency he previously worked for, having joined as a shipping salesman in 1984, is activating plans to build new logistics warehousing space at Ferry in St Catherine at a cost of $1 billion dollars.

The planned warehouse, with 75,000 square feet of space, is expected to launch Lannaman and Morris Shipping even further into end- to-end international transport, storage, retrieval and delivery of goods to clients.

“We are just about finalising the architectural drawings. Warehouses are in short supply in Kingston, and we think that is the way to go,” Maragh told Financial Gleaner in an interview. With construction programmed for 10 months, the new facility is expected to be operational by late next year.

As margins and profits dwindle for shipping agents, Maragh says, they have been forced to hunt lucrative investment in shipping-related businesses, as well as in ventures with no direct linkage to the industry.

Maragh is chief executive and chairman of Lannaman and Morris Shipping and his investment outfit, Metro Investments. He is a shareholder and director of food-service business Margaritaville (Turks) Limited, as well as Express Catering Limited, which operates more than 25 shops in the post-security zone of Montego Bay’s Sangster International Airport.

Maragh is also a major shareholder in and director of Kingston Wharves Limited and software developer Advantum, and chairman of the Main Event Entertainment Group and the Kingston Port Workers Superannuation Fund.

“The world shipping environment has changed; and you don’t have a lot of shipping lines anymore, they have merged. For agents in Jamaica, we can’t rely on the lines; we get paid on commission. A lot of shipping agents like myself have been branching out into related industries,” Maragh says of the trends-induced investments he has been making in various sectors.

Lannaman and Morris, the representative in Jamaica for cargo lines Evergreen and Crowley Maritime Company, also offers equipment for rental and is the largest cruise terminal operator in Jamaica, handling all ship-related activities at the Ocho Rios Cruise Pier under management contract with Port Authority of Jamaica.

While servicing the varying needs of all cruise ships in the north coast port, Lannaman and Morris are also agents for some ten of the world’s major cruise lines, including Carnival Cruise, Norwegian Cruise Lines, Holland America, Costa Cruises, Aida Cruises and others.

Maragh says he is now in dialogue with Crowley – a major American shipping company – to create a new joint-venture business that will merge his cruise ship logistics business with Crowley’s global cargo shipping connections and clientele. He declined to disclose further details of the deal as the specifics are governed by a non-disclosure agreement between the two companies.

“The way the world is going, we can’t stay in a small country where [opportunities] are limited and expect to make money and expand, so we have gone to a multinational that can connect give us the whole world as our oyster,” Maragh said about the imminent move. He confirmed that the business will be managed jointly and is expected to provide logistics services for some of Crowley’s global clients, including PepsiCo Inc.

From a worker taking home a $13,000 monthly salary in 1993, Maragh moved to Lannaman four years later. He enlisted the service of National Commercial Bank to finance his acquisition of the company when the principals, Vance Lannaman and Ainsley Morris, decided to sell on their retirement in 1997.

Maragh recalls that the purchase took place at a challenging time for the business but says clients like Evergreen pumping up their business volumes helped. Having borrowed in Jamaican dollars and earning revenues in US dollars, the company was able to fully pay off the bank loan within two years.