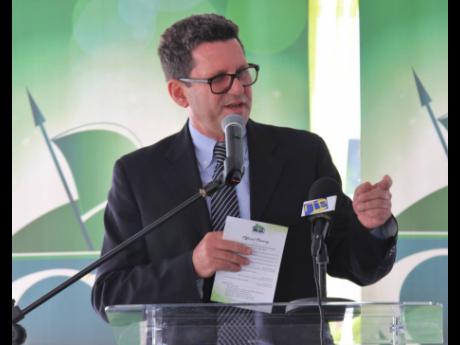 Cargo Handlers Limited has disclosed plans to invest US$900,000 ($122.4 million) in modernising its fleet of tankers trucks, petroleum tanks, among other equipment for its associated logistics company, Bulk Liquid Carriers Petroleum Transport, BLCPT.

“The investment of US$900,000 will replace ageing equipment up to 25 years old and will improve the safety of fuel transportation in Jamaica,” Cargo Handlers said in a filing on the Jamaica Stock Exchange last Tuesday.

In line with the investment, the company has made some management changes, with Paul Welch being appointed to the position of stevedore manager while his predecessor, Christopher Hurge, will manage and develop business for BLCPT.

Cargo Handlers, which has been in the business of stevedoring at the Port of Montego Bay for some 40 years, acquired BLCPT in 2013 with hopes of ­adding $150 million dollars in ­revenue to its business. Prior to the acquisition, Cargo Handlers handled bulk and containerised cargo for the transport of mainly cement, steel, and lumber.

It is, however, unclear Cargo Handlers’ plan for the new haulage business given the announced US$900,000 investment. Efforts by the Financial Gleaner to get a comment from Hart on the next step for the company were unsuccessful.

For the quarter ending March 31, 2019, revenue of Cargo Handlers increased 10 per cent, or $10.07 ­million above the ­corresponding quarter of 2018, to $111.45 million. The company noted that the increased revenue numbers were mainly driven by improvements in ­baggage ­handling and provisioning ­activities ­associated with home-porting cruise vessels.

The increase in revenue also bolstered Cargo Handlers’ bottom-line results, which jumped 8.78 per cent to $49.65 million and earnings per share of $0.13, up 8.33 per cent year over year.

Cargo Handlers anticipates ­continuous increases in cargo through-put at the ports of Montego Bay led by sustained ­activities of the hospitality and retail sectors in Western Jamaica.

“The growth of the local industry is also being fuelled by a steady flow of building materials supporting the construction of additional rooms along the north coast,” Cargo Handlers said in a statement adjoining the company’s financials.

Aside from increases in through-puts, Cargo Handlers also has its eyes on a new global trend, which it reckons will continue to impact the supply-chain operations.

“We will see more vessel-sharing ­agreements between carriers as was seen a few months ago with two shipping lines opting to share one vessel into Montego Bay.

“This leads to greater efficiencies for both the company and the carriers involved. However, we do not anticipate any major merger in 2019 although it is likely that a full merger between carriers could take place in the near future,” the company said.

Cargo Handlers also expects an increase in demand for its services from completion of the berth extension and build-out project as well as an injection of new equipment by mid-year.