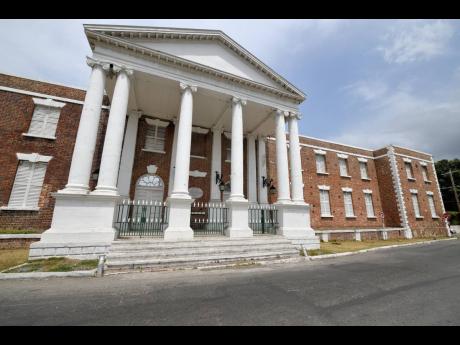 File
King’s House sits in the square of Spanish Town, capital of St Catherine. Companies looking to invest in the historic town are pushing for the urban tax incentive programme to remain in place.

The financial fallout globally and in Jamaica from the current COVID-19 pandemic has again placed in the spotlight the issue of private sector tax incentives for economic reconstruction.

At least two business umbrella groups – the Jamaica Chamber of Commerce, JCC, and the Jamaica Manufacturers and Exporters Association, JMEA, – have lined up in support of lobbying the Government to maintain and/or reintroduce the Tax Incentive Programme as part of a second wave of COVID-19 recovery economic assistance to businesses.

The 10-year Urban Renewal (Tax Relief) Act for Spanish Town, which allows tax write-off of more than 30 per cent for private developments, expired in March 2018 and has not renewed by the Government.

Talk has been swirling in business circles that Finance Minister Nigel Clarke intends to abandon the incentive regime entirely, a move that Howard Mitchell, a leading businessman and former private sector umbrella group head, said would be “retrograde”. He has suggested that critical major private sector investment and funding decisions have been delayed as result of the government’s stance.

The urban renewal initiative was introduced for downtown Kingston in 1995, extended to Port Royal in 1996, Montego Bay in 2000 and activated for Spanish Town in 2008 with then finance minister Audley Shaw championing the programme.

The legislation for Kingston has been extended for several 10-year periods and is set to expire January 19, 2025, five years from now, but industry sources also say there appears to be a move afoot by the Government to repeal that law before its scheduled expiration.

There is speculation that the finance ministry’s bid to ditch the tax incentives is part of the International Monetary Fund guidelines against incentives and tax breaks generally.

Efforts to get a comment from Finance Minister Clarke have been unsuccessful. Contacted while travelling in Europe in February, Clarke said he would provide a response on his return to Jamaica, when he would, “ensure accurate answers”.

He added, at the time, that in failing to await his response, “the newspaper would do a disservice (by) printing inaccurate information or supplying inaccurate policy prescription and/or policy rationale.”

Subsequent requests for the promised response have gone unanswered.

The minister also did not address the matter in his opening nor closing Budget presentations, but spoke to the passage of legislation to make permanent the abolishing of the minimum business tax, removal of the asset tax for unregulated entities, cessation of ad valorem stamp duty, reduction in the transfer tax, and increase in the General Consumption Tax threshold for businesses from $3 million to $10 million.

Responses via email from the Urban Development Corporation, UDC, which acts as the secretariat for the Tax Incentive Programme on behalf of the finance ministry, note that over the 10 years to 2018 there have been four applications totalling planned investments of $8.1 billion for the benefits under the facility for Spanish Town. Applications for investments to the tune of $8.6 billion have been made for downtown Kingston. The UDC response did not say what portion, if any, of these amounts, has already been approved by the Government.

It added: “The UDC acts as the Secretariat for the Tax Incentive Programme, for which there is a review committee and a process that is managed on behalf of the Ministry of Finance. As such, the UDC can advise on development potential for the area but the matter of tax relief is led by Government policy.”

Chamber of Commerce president Lloyd Distant says issues surrounding the cessation of the tax incentive programme were brought to the attention of the organisation at its meeting in February and the JCC is looking into the matter. He told The Financial Gleaner last Thursday that the concerns will be included in the work of a group looking at possible recommendations to be made to the Government with a view to advocating for the retention and reintroduction of the programme.

“From where we sit, we are continuing to pull in suggestions and recommendations about the kinds of things that need be done additionally, whether it is economic relief, incentives or other tax-based relief programmes to be recommended to the Government. We got the first wave, the question is what is the second wave since this thing [the pandemic] looks like it is going beyond what has been put on the table in terms of timelines,” Distant said. He promised a more fulsome response once the chamber has had an opportunity to discuss the matter in detail.

JMEA head Richard Pandohie says the association is fully supportive of the tax-break programmes in the midst of the economic devastation caused by the virus spread.

“Anything that will lead to investment in the productive sectors, lead to increased innovation, any sort of incentives to support growth including to get manufacturing going in key areas such as Spanish Town, downtown and those areas, we definitely will support them,” Pandohie said in an interview last Thursday.

He is recommending a broader reset of the economy.

“I think we have a huge opportunity at this time to reset certain critical sectors in the country’s economy. For example, we have banked a lot on the services sector. Now, with what has happened to tourism and remittances, it is clear that we need to diversify the economic base to allow for a sustainable and resilient growth agenda,” said the JMEA president, who is also CEO of large conglomerate Seprod Limited.

“We now recognise how vulnerable we are. Agriculture, agro-processing and manufacturing need to be looked at very seriously if we are going to create sustainable and resilient growth in the economy going forward,” he said.

While president of the Private Sector Organisation of Jamaica Keith Duncan said he was unaware of the issue but would look into it, his predecessor, Howard Mitchell, is cautioning the Government against abandoning the tax break.

Asked about the issue in early March, Mitchell, the immediate PSOJ past president, declared interest in the matter as a director of Cari-Med Group Limited, the Glen Christian-led company that stands to benefit from the tax incentive, having unveiled a $6 billion investment for the Spanish Town area of St Catherine.

“I feel strongly that the Government, and particularly the minister of finance, need to reconsider the position because our (economic) recovery has not been that robust that we can likely say remove this particular incentive for investment in an area that badly needs investment. This is in fact, one of the areas that suffer from crime, deprivation and inequality,” the businessman said.

“I strongly urge the minister of finance to at least meet and have dialogue with the business community in respect of this. I think it’s a retrograde step to remove it at this time,” Mitchell declared.

Cari-Med chairman and CEO Glen Christian declined to say how the cancellation of the tax incentive would impact his investment plans, but noted the company had put in an application for the waiver before the March 2018 expiration and is still awaiting final approval.

He said earlier this year Cari-Med received notification indicating the application had been recommended by a committee established by the Ministry of Economic Growth and Job Creation, but that approval would have to await consideration and sign-off by the Cabinet.

The Financial Gleaner understands that an application has also been made by the GraceKennedy conglomerate for commercial development in Spanish Town. Group CEO Don Wehby, who is also a government senator, would only say in response that he was “on record to investors/shareholders [regarding] the importance of the Urban Renewal Act to urban development”.