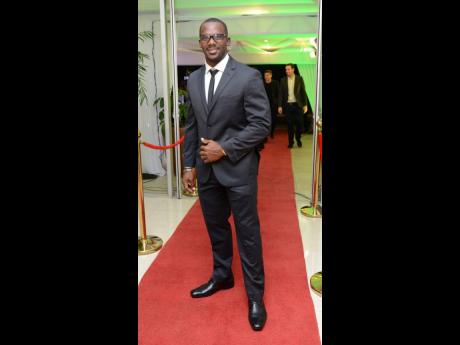 A year after launching into business, Olympian Nesta Carter and partner David Edwards Brennan are looking to set up a second centre offering dialysis services, possibly in Ocho Rios.

The first centre, operated by their company, First World Dialysis, is housed at Lyndhurst Road in Kingston.

Carter said he got into the business for personal reasons: He lost two uncles through renal failure, and his manager, Adrian Laidlaw, was also diagnosed with kidney disease. Edwards Brennan, who is a dentist attached to the Ministry of Health & Wellness, warmed to the idea of a dialysis centre because of his own observations on the job.

“I am seeing too many people who once they are past 25, they are presenting with hypertension and diabetes and, left unchecked, they end up with kidney disease,” he said.

The partners, once they settled on the idea of starting a dialysis centre in 2017, set about doing the necessary research

“There are a number of facilities in Jamaica that we visited, but in trying to benchmark where we wanted to be, we looked at facilities in the USA, Italy, Brazil and Germany,” Carter said.

The two friends put up more than $20 million of their own money for the venture, and drafted in kidney expert Dr Ademola Soyibo to head the centre that began operating in April 2019.

“We had to fund out of pocket because our financial system is not geared towards supporting start-ups, particularly if we’re going in as big as we’re doing,” Carter said.

“We felt it was a good venture for the simple reason that Jamaican lifestyle lends itself to a natural progression to the chronic, non-communicable diseases; so sadly, but realistically, there is a huge pool of clients out there,” Edwards Brennan added.

Plans are under consideration for the second centre.

The Lyndhurst centre is staffed by a team of eight, three of whom are permanent employees, who man its five stations.