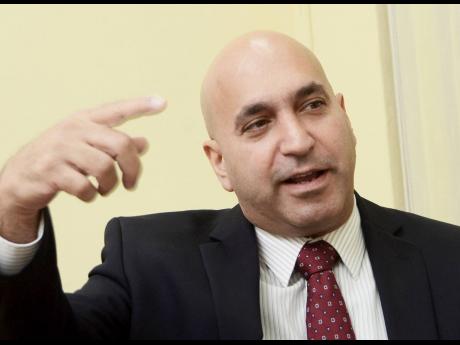 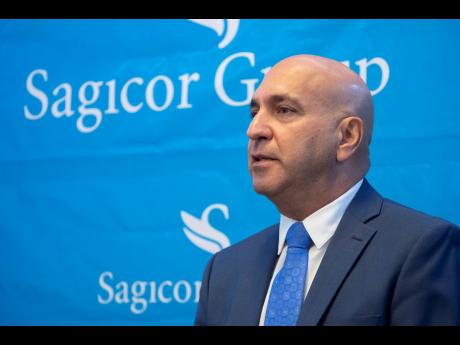 There have been ample indications of the formidable challenges to the heavily tourism and hospitality skewed investment holdings of Sagicor Real Estate X Fund Limited under the pandemic. But its newly released financials showing a $9.99-billion...

There have been ample indications of the formidable challenges to the heavily tourism and hospitality skewed investment holdings of Sagicor Real Estate X Fund Limited under the pandemic.

But its newly released financials showing a $9.99-billion loss for 2020, compared to a $38-million loss the year before, laid bare the extent of the ravages of the economic downturn on the fortunes of the Sagicor Group-controlled property company.

The $10 billion hit for stockholders was two-thirds of the nearly $15 billion in losses made by X Fund on its continuing operations.

X Fund’s management is, however, expressing optimism, buoyed by a pipeline of non-tourism property projects which are said to be ready for execution, short-term investment of its windfall earnings from share liquidation in an associated company this year bearing early fruit, and its lone hotel in Florida described as being set for a financial turnaround this year.

The Sagicor X Fund group consists of the Jamaican domiciled X Fund Properties Limited, USA-based X Fund Properties LLC, and Jamaican Jamziv MoBay Portfolio Limited. With X Fund’s 61 per cent ownership of Jamziv, which earned US$96 million, or $14 billion in local currency, from the sale in January of Sagicor Group’s 20 million shares in international chain Playa Hotels and Resorts, the fund earned about US$60 million or almost $9 billion from that transaction. That cash is already turning over good short-term returns, Sagicor Group president and CEO Chris Zacca told the Financial Gleaner on Tuesday.

Jamziv booked a $5.5-billion loss on the Playa assets for 2020 compared to a $100-million loss the year before. During the year it also recorded a $390-million loss on the dilution of Playa shares in June when the international hotel chain did a share sale and debt financing transaction. Sagicor’s January 2021 sell-off of Playa stocks has disconnected X Fund from Playa’s volatility risks and source of losses, that are expected to continue throughout 2021.

“The only tourism exposure we have right now is the DoubleTree by Hilton in Orlando, and happily, that is seeing a rebound. The numbers are coming up strongly and we expect to have a positive year this year. Overall, I am optimistic about the performance of the company this year,” Zacca said of X Fund.

With tourism now looking nothing like the “profitable business venture with strong growth potential” description which X Fund, in its fourth- quarter results posted by the Jamaica Stock Exchange Monday night, ascribed to its investments in the tourism sector before the pandemic, the focus is now on residential and commercial real estate to build equity and drive revenues and profits.

“We have a strong pipeline of commercial real estate projects. We are focusing on warehousing and logistics. We are looking at residential real estate across the spectrum,” Zacca said.

While declining to be drawn on the specifics of individual projects, he disclosed that X Fund was looking at the possibility of partnering with the Sigma Funds managed by Sagicor to bring some residential projects to market.

Zacca said the roll-out of new real estate projects would be announced over time.

“We are not exiting tourism. We have DTO [Doubletree Orlando] and if something comes up in the future in tourism or attractions that make sense, we will look at it,” he said.

In the early months of 2020, when the coronavirus was taking its toll on the globe, X Fund reported that business activity ground to a halt at Playa hotels in Jamaica, Mexico and the Dominican Republic, while its DTO property saw significantly reduced business.

Cash resources declined from $2.1 billion at March 2020 to $1.3 billion by December. The company booked a near $8-billion impairment of its Playa assets over the year and was able to pay off debts from selling its swanky Jewel Grande Montego property at a $380-million loss within the Sagicor Group family, to Sagicor Pool Investment Fund Limited, for $1.6 billion.

Total revenues were down to roughly $2.6 billion from $6.3 billion the year before, a near 60 per cent decline; while EBITDA, or earnings before interest, tax, depreciation and amortisation, excluding impairment charges and loss on dilution of associate, was a deficit of $5.7 billion, down from $1.7 billion in 2019.

Sagicor X Fund reported that a 46 per cent cut in hotel operating expenses to $2.4 billion helped to cushion the blow from the fall-off in revenues.

Zacca, however, said the indicators for the company’s solvency were positive and should serve to propel X Fund forward and into better performance in 2021.

Since the start of the year, the stock has traded within the $8 band. X Fund closed at $8.25 on Tuesday, valuing the company at $18.5 billion, the same place it closed on the first trading day for 2021.