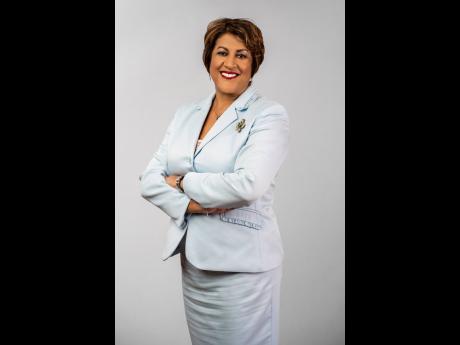 Natalie Haynes, deputy governor of the Bank of Jamaica.

Recognising that one of the greatest risks to the planned roll-out of the central bank digital currency, CBDC, is lack of interest and therefore, slow or no take-up by the public, the Bank of Jamaica, BOJ, is seeking to give assurances that the...

Recognising that one of the greatest risks to the planned roll-out of the central bank digital currency, CBDC, is lack of interest and therefore, slow or no take-up by the public, the Bank of Jamaica, BOJ, is seeking to give assurances that the system will be secure.

At the same time, the central bank is mulling the possibility of public engagement through a competition to come up with a name for the digital currency, a pilot for which is expected to begin mid-year, with full roll-out slated for early next year.

Jamaica will be joining two other Caribbean jurisdictions that issue CBDCs – The Bahamas, which issues the Sand Dollar, and the Eastern Caribbean Central Bank, which began offering DCash last week.

Deputy Governor Natalie Haynes, head of the BOJ’s banking and currency operations and financial markets infrastructure division, told the Financial Gleaner in an interview that the precise modality of the public engagement is still to be worked out, but that the central bank was attune to the benefits of ramping up public information about the electronic cash payment system to secure public buy-in.

“Currently, at BOJ, our cybersecurity framework is very robust with multi-tiered and in-depth defence strategies … and we are constantly looking for improvements. For the CBDC, we are going to be enhancing this and putting in additional monitoring tools,” Haynes said.

“This is a mobile cash wallet that the people will trust that is backed by the central bank, which is standing by the system’s security and data privacy. The system is (being) built with multifactor authentication, digital signatures and encryption so people’s information will be protected,” she said.

The assurances come amid local and global concerns around the vulnerability of digital systems to bad cyber actors.

Additionally, BOJ’s CBDC, being developed through tech partner eCurrency Mint Inc of Ireland, does not utilise blockchain technology, which underpins virtual or cryptocurrencies such as bitcoin and ethereum and is generally seen as secure. The central bank previously explained its choice of a non-blockchain alternative, saying it opted for technology that could easily integrate with its real-time settlement system, known as JamClear.

However, for ease of take-up by unbanked individuals, a graded or simplified customer due-diligence regime has been made possible through last year’s amendments to the Proceeds of Crime Act. The unbanked are especially targeted for inclusion in the digital currency system.

While being careful not to conflate the development of the digital currency with the steps being taken to introduce a national identification system, or NIDs, the central banker says a functional NIDS apparatus would assist the effective operation of a CBDC.

With depositors’ money held in the country’s eight commercial banks, sole merchant bank and two building societies now protected at up to $1.2 million per account, talks are yet to be had on locking in digital currency accounts into the deposit insurance scheme. But for Haynes, this a logical step that is expected to flow from discussions to be had between the BOJ and the Jamaica Deposit Insurance Corporation.

A structure for costs and fees associated with the use of the digital currency is also to be worked out, with the central bank’s view being that consumers should not have to pay.

It’s been at least five years since the Jamaican Government set a policy goal of exploring options for the introduction and use of a digital currency, but even as the central bank is taking steps towards developing its CBDC, it admits that the market surveys have not been completed to date on the country’s appetite for digital money.

Surveys are said to be now in train, with plans for focus groups across the country.

The legislation to give coverage to the CBDC in law, the central bank representative explains, involves “minor tweaks” to the Bank of Jamaica Act to insert reference to the CBDC, along with mentions of BOJ’s responsibilities for notes and coins. That process, too, is said to be under way, with a submission soon to go to Cabinet and drafting instructions for the legislation to come afterwards.