GK to engage bankers on international listing of foods division 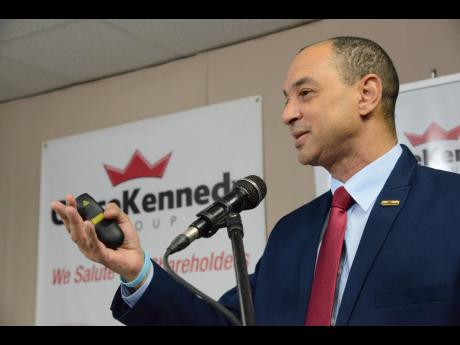 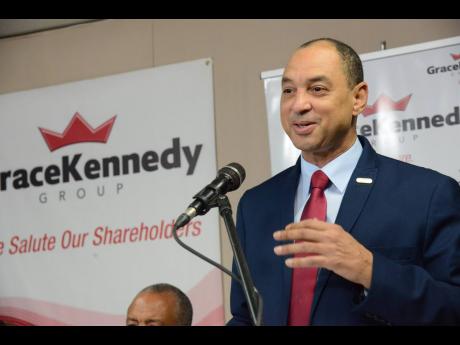 Food and financial services group GraceKennedy Limited will engage investment bankers about the potential listing of its foods business, GraceKennedy Foods, on an international stock exchange next year.

Refreshed talks around the listing of the food subsidiary come amid a firm push by the group to deepen its foreign presence, not only in terms of product distribution, but also new acquisitions, a third of which is currently being pursued by the special unit set up for the purpose.

Further discussions on the listing project are expected on December 1, when the GraceKennedy board will consider strategic planning around the conglomerate’s 2030 goals.

GraceKennedy has been weighing an international listing for at least seven years, since 2014, at which time the London Stock Exchange was being explored as one of the prospective markets. It was expected at that time, however, the entire group would list. The company also later clarified that it was considering more than just London for the listing, but also the United States.

“If you think about GraceKennedy Foods, it’s an international company headquartered in Jamaica,” said Group CEO of GraceKennedy Limited Don Wehby on Monday during the company’s quarterly investor briefing. “We have done initial checks and we believe that our food business will be a very attractive company to be listed on an overseas stock market. We will be engaging with investment bankers to advise us on this initiative,” he said.

The GK M&A Unit, which is headed by Andrew Leo-Rhynie, has already secured two acquisitions – the 876 water brand that fits within the foods division and a regional insurance company that falls under the financial division. The deal for the new business, now renamed GK Life Eastern Caribbean, closed in July for $1.1 billion.

Food trading in 2020 accounted for nearly 37 per cent of group assets, and contributed 40 per cent to pretax profit.

GraceKennedy has not released any information on the third prospect. It’s goal is to do around a dozen deals, within a wider goal of re-engineering the conglomerate’s revenue mix. Alongside its mission to become a global consumer group, GraceKennedy is aiming to earn the majority of its revenue, around 60 per cent, from its foreign markets. Jamaica still dominates the geographic mix, groupwide, but increasingly less so at 53 per cent in 2020, down from 55 per cent in 2019.

“We are advanced in discussions with one other acquisition and we have a healthy pipeline of M&A deals in food and financial services, both inside and outside of Jamaica,” said Wehby.

“The deal is now at a sensitive stage,” he said at the investor briefing, held after the release of GK’s third quarter financial results. Year to date, January to September, the group earned net profit of $6.2 billion off revenues of $75 billion. Food trading accounted for 52 per cent of pretax profit.

The group’s foreign agenda includes an expanded footprint in places such as the western end of the United States, Germany, Holland and France, among others.

“We are in discussions with a number of companies in US, Canada and the UK as it relates to acquisitions. That’s going to be a key growth strategy for our international food business but we are also looking at geographic expansion,” Wehby said.

The conglomerate, which will celebrate its centenary in 2022, is also reporting progress on its digital transformation as the world moves towards e-commerce, and more electronic and online transactions.

GK’s ‘digital factory’, which got started in February, has developed and launched the ‘GK One’ mobile app, which offers centralised financial services on loans, insurance, banking, remittance, bill payment and cambio services.

Commercial banking subsidiary First Global Bank is soon to launch a digital wallet and prepaid Visa card, while the money services division is to release a digital remittance product and digital payments product.

The tech products are being developed under the Bank of Jamaica’s fintech sandbox, which is designed to test innovative financial products, services, and businesses.

“One of the things that we are working on is cross-selling. In other words, you finance your car through First Global and you can automatically insure your car using the GK One app. When you look at the ecosystem of GK group and our customer base the potential is huge,” Wehby said.