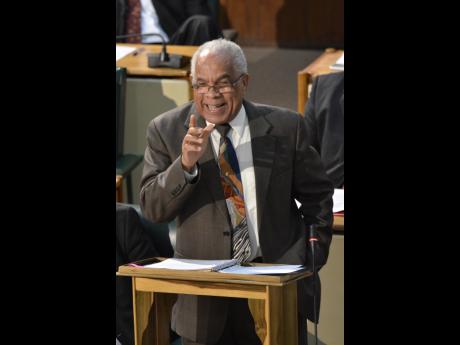 In August 2013, when Prime Minister Portia Simpson Miller travelled to China to meet with government officials as well as potential investors, China Communications Construction Company (CCCC), the parent company for China Harbour Engineering Company, indicated it would be establishing its business hub in Jamaica.

"Jamaica is a major investment target market for CCCC in consideration of the other Caribbean countries, and we hope that Jamaica can provide us with such a platform that we will further develop our collaborations, and to expand our operations on a larger scale and a higher level," CCCC President Liu Qitao said.

He indicated his company was moving away from being a contractor to being an investor and that Jamaica was critical to its operations in this side of the world. Just imagine billion of dollars invested by these Chinese in  building a chain of operations that range from designing, manufacturing and operation, and a huge portion of this investment taking place in Jamaica, thereby offering opportunities to our people.

In recent times, however, we have seen where China Harbour appears to be packing up and leaving town.  It seems that the CCCC is no longer interested in making Jamaica the hub for its operations in the Americas.

CHEC Communications Manager Jennifer Armond said recently that  while the company’s  “interest in Jamaica has not changed,"  it was transferring major aspects of its infrastructure to Panama in Central America.

This is a major cause for concern and the Government needs to clarify what is taking place.

One hopes that when Dr Omar Davies speaks in the Sectoral Debate tomorrow, the matter of CCCC’s interest in Jamaica will figure prominently in his contribution. The minister, we believe, has a duty to tell the nation whether the country is still attractive as a destination for China, especially CCCC and its child CHEC. The Goat Islands project, understandably, is being studied, but what of other investments?

At the same time, the minister should use the opportunity to tell us what progress, if any, is being made on the aspects of the logistics hub for which he has responsibility. It would be a shame if after three years, the logistics hub concept is being downsized to an expansion-of-transhipment hub.

While Jamaicans may be spilt on whether they think the hub makes sense, I do believe there is a significant portion of the population which hopes that it does not die in still birth like the Production Train.

When Anthony Hylton spoke in the Sectoral Debate last week, he did little to convince the nation that the elements of the logistics hub are falling into place.

It is for this reason Davies’ presentation is most important tomorrow. In addition, in very much the same way Hylton has tabled a five-year strategic plan in Parliament to exploit the potential of the BPO sector, the Cabinet should consider putting a status report and a roadmap with clear timelines on the logistics hub before the Parliament. At the very least, this will give the illusion that some work is being done.

And speaking of roadmap, it did not escape my notice that the much studied Southern Coastal Highway Improvement Project (SCHIP) is still on the table and that Davies' ministry has set a deadline of May 1 to finalise options for implementation and financing of the construction of the highways.The SCHIP is divided into two segments: Segment 1 - Harbour View to Port Antonio (106.4 km) and Segment 2 - Negril to Mandeville (131.4 km).

As a son of St Thomas, I have more than a passing interest in Segment 1 of the project. The longer it takes to come to fruition, the harder the lives of the people in this part of the country will be, and the more hopes will continually fade. It is broadly accepted that the road to development is the development of good roads.

St Thomas has been paying its dues to the advancement of the country and has got little in return. It is now our time to shine; bring the highway our way; open up opportunities, and rescue the parish that is quickly sliding into an abyss, or otherwise post a sign at Harbour View roundabout and state boldly, 'closed due to lack of attention'.