The Gavel: No unrealistic demands ... please 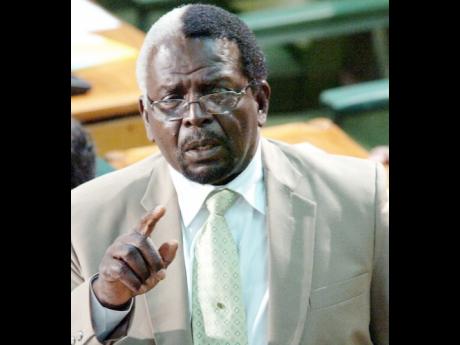 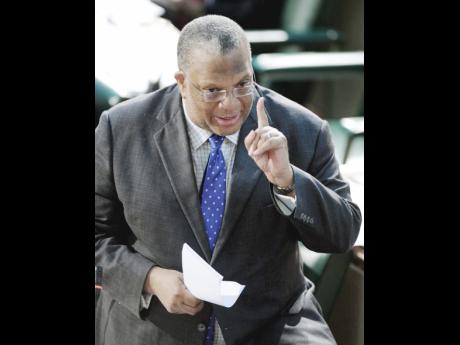 Before Finance Minister Dr Peter Phillips sits with his technical team to craft the outline for the 2016-2017 Budget, members of parliament will be using the floor of Parliament to appeal to him for money to be allocated to various projects in their constituencies.

In fact, when parliamentarians return from the summer break on September 1, they will head straight into the State of the Constituency Debate, a new forum created to give MPs a platform to speak on matters which are specific to their constituency and might not be of national interest.

Gordon House said that the new debate is "to enable consideration of the comments of members of parliament in the review of the Budget for the financial year 2015-2016 and the forecast for the following year's Budget at the Cabinet Retreat at the end of September".

This debate will take place every Tuesday and Wednesday from September 1 to 16, and 48 of the 63 MPs will speak.

"We have agreed that all members of parliament need to be able to present their views, their recommendations in relation to their constituencies, and that such recommendations ought to be able to affect the budget process. That's the reason we are proposing to commence the constituency debate, which will allow backbenchers to be first presenters and it will be done before the Budget call," House Leader Phillip Paulwell had said.

Now Phillips had better have lots of paper to take notes. The demands will be plenty, and not unreasonably so either. Every MP will need better roads, or in some cases, a road for the first time at last.

There will be cry for water, electricity, schools, police stations, health facilities, more money for PATH, increases in minimum wage, and the list will go on and on.

I would not be surprised if Phillips zones out during this debate. Because, while the demands will be ridiculously great, they already know that Jamaica's medium-term economic programme cannot accommodate additional spending.

Phillips knows, too, that in the consideration for getting additional revenue, he will be a lonely man. As he has said before, every MP is for more spending but few pay attention to the need to raise revenue to pay for additional spending.

And with general election on the horizon, it is hardly likely that MPs will be able to resist the temptation to be populists. Indeed, the debate couldn't have come at a better time. Each will have a soapbox from which to beat the chest and boast about achievements, while at the same time make passionate pleas for more resources.

Just imagine, for example, North Central Clarendon MP Pearnel Charles standing and begging for water for all the schools in his constituency. His constituents can't accuse him of being silent on that issue, and with a made-for-appeal debate, the failure to respond will underscore the view that the Government is wicked and uncaring.

But this is not just a segment for opposition MPs to launch broadside against the Government for failing to hear the cry of the people. There are at least seven government MPs whose future in politics is at best described as uncertain.

With the exception of Crawford, who is playing a chess game as to whether he would be seeking re-election, these MPs are all facing internal challenges. The debate will give them an opportunity to appeal to the delegates and to gain the support of the mass of constituents for them to be allowed to continue.

Irrespective of the objectives of each debate presentation, one hopes that MPs will be responsible in their demands when they come to speak. They must be careful not to fan unrealistic expectations by calling for projects that have no realistic hope of being funded anytime soon.

So, for example, as a son of St Thomas and an advocate for the development of the parish, I wouldn't bother to even put the Southern Coastal Highway on the table.

The Government said it has identified the US$250 million, or approximately J$28.9 billion, needed to undertake the construction of Segment 1B of the project which would see construction from Harbour View to Port Morant.

In fact, the whole stretch from Harbour View to Port Antonio is close to US$1 billion, and no costing has been revealed for Segment 2 - Negril to Mandeville (131.4km).

The reality, however, is that in the current economic climate this project cannot be financed. It's useless to keep talking about it.

But there are some MPs, however, who are not too concerned whether a project can be funded. They will put it on the table, and sadly, this State of the Constituency Debate has the potential to fuel unrealistic expectations among the citizens of this country.

I hope the MPs prove me wrong.