Dudley C. McLean | 150 years of the disestablishment of the Anglican Church 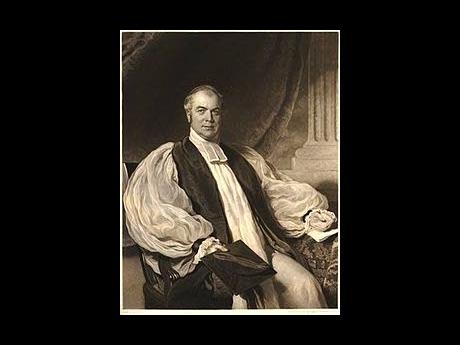 Monday June 15, 2020, was the 150th anniversary of the disestablishment of the Church of England in Jamaica. It is now known as the Diocese of Jamaica and the Cayman Islands. The disestablishment came at the expiration of the Clergy Law that was renewed for 11 years in 1858. In the Jamaica Handbook, subsection ‘The Church of England Jamaica’, is recorded the stipend of the clergy that was paid out of the treasury and that the “cost of this establishment was £7,100 to the Imperial Government and £37,284 to the Local Government, including the parochial e xpenditure for Church servants, etc.” The Act disestablishment was passed by the Jamaica Assembly in January of that year and the church had six months to prepare for their financial independence from the State.

At the time of disestablishment, the island was a Crown Colony government due to the fear of colonial Britain that Jamaica might have emerged as another black majority rule, like Haiti in its 1791-1804 revolution, and was led by Governor Sir John Peter Grant, who replaced the notorious John Eyre who lost credibility due to the Paul Bogle-led Morant Bay Uprising of 1865.

The cutting of the financial umbilical cords of the church enabled the State to reallocate the budget used for the payment of the clergy’s stipend to improve the island’s infrastructures and the construction of additional primary schools. It should be noted that the Anglican Church was already involved with the construction of primary schools, since the arrival of its first Bishop of Jamaica, Christopher Lipscombe, in July 1825. Therefore, the Government’s contribution at that time must be understood as its first-ever direct involvement in providing additional primary schools, and its first direct involvement in the education system that was predominantly church-led, and not as interpreted by the late Edward Seaga who wrote, “The construction of primary schools which would provide basic education for children of the freed slaves did not begin until the appointment of Governor Sir John Peter Grant,” ( The Gleaner, July 29, 2007). Professor Rex Nettleford, at a symposium on February 16, 2000, at the Jamaica Conference Centre, said, “Lipscombe reportedly erected 142 elementary schools in Jamaica during his episcopacy – unequalled and unsurpassed”. (‘Renewing The Vision: Recommitting To The Mandate’) It should be noted that slavery ended in Jamaica with Emancipation in 1834 and the Apprenticeship System in 1838.

The disestablishment signalled the reception and acceptance of black Jamaicans among the predominantly English-based clergy and the beginning of the evolutionary process of descendants of our former enslaved ancestors to lead the church. The Morant Bay Uprising had generated terrible fear among Colonial Britain that Jamaica might have emerged like Haiti in its 1791-1804 revolution, a black majority-rule nation. At the appointment of the new governor, Sir John Peter Grant, the governing Jamaica Assembly was replaced with full Crown Colony government (1866-1884). In 1870, after the disestablishment of the then Church of England in June of that year, the Bishop of Jamaica, in a most significant action of the church in upholding the integrity of its mission to the black Jamaican population, delivered a blow to the root of white privilege, with the axe of ordination when the first black Jamaican, Thomas Banbury, was ordained at St John’s Church, Black River, on September 4, as a deacon in the new dispensation.

According to the Rt Rev E. L Evans, Bishop of Barbados, in his book A History of the Diocese of Jamaica, ‘“. . . two black catechists ordained by Bishop Courtenay, Thomas Banbury in 1870 [the same year of the Church’s disestablishment] and Charles Christopher Douce in 1876. Banbury was later Rector of Hope Bay for 29 years and Douce was Rector of Manchioneal, Rural Hill and Boston from 1881-1904.”[p30]

Historian Dr Joy Lumsden wrote that “both men, identified as Black, were later priested – Banbury in 1873 by Bishop Courtenay and Douce in 1881 by Bishop Nuttall. Further research has identified at least three other Black Anglican clergy ordained in Jamaica before 1904 – R. O. Taylor, C. L. Barnes and A. Cole.”

According to Dr Lumsden, “The Rev Mr Banbury wrote in 1902 about the circumstances of his ordination as deacon in 1870; it is clear that there was objection to him on the grounds of colour and that Bishop Courtenay refused to consider such objections.” With regard to Mr _______, I can make allowance for his Anglo Saxon prejudices, and he was [work]ing in concert with the clique of [missing in original] gentlemen in Westmoreland who, in 1870, would have moved heaven and earth to prevent my being ordered deacon, and if ex Bishop Courtney were not one of an independent mind and opinion they would have succeeded too well as they went into it tooth and nail”. But he simply returned their petition with complements, alleging that he “had found Mr Banbury equally qualified with the white man”, the Rev Edward Clarke, “and did not see any reason why he would not ordain him &c.” ( Daily Gleaner, February 8, 1902.)

The first Jamaica-born clergy to hold the office of Bishop of Jamaica was Archdeacon Frederick Douet. He was elected and consecrated in 1888. He thus became the first bishop who had been born in Jamaica and he served until 1904, when he retired on account of ill health.

By the 100th anniversary of the disestablishment in 1970, the clergy of the diocese were predominantly Jamaicans, including the former founding headmaster of Kingston College, Rev Percival Gibson, who became the first black Jamaican and West Indian to have been elected bishop and consecrated to serve as Bishop Suffragan of Kingston on May, 1, 1947, in the Cathedral Church of St Jago de la Vega, Spanish Town. Eight years later in December 1955, he was elected Lord Bishop of Jamaica.

The diocese has also produced four Archbishops of the West Indies to lead the Church in the Province of the West Indies (CPWI). The first to be elected was Bishop Enos Nuttall whose compassionate character is preserved in the naming of the Nuttall Memorial Hospital after him. In 1890, Bishop Nuttall established the Deaconess Order with the arrival in Jamaica of Sister Isabel and Sister Kate Vick. The Deaconesses were very involved in education and in 1897, the Cathedral High School for Girls was founded in Spanish Town. This was the parent school of subsequent deaconess and diocesan schools. The most noteworthy of these schools (apart from Cathedral High School which in 1954 merged with Beckford and Smith’s to form St Jago High School) were St Hilda’s and St Hugh’s High Schools.”

The Most Rev Dr William George Hardie, CBE, DD (20 August 1878-21 February 1950) was a long-serving Anglican Bishop of Jamaica from 1931 until 1949; and was the second clergyman from Jamaica to be elected Archbishop of the West Indies. In 1928, he was appointed Assistant Bishop of Jamaica before promotion to be its Diocesan three years later. He was invested Commander of the Order of the British Empire in the 1950 New Year Honours.

The third was a Jamaican priest and former principal of the diocesan teacher training college Orlando Lindsay, who left Church Teachers’ College, Mandeville (1968-1970) to become Bishop of Antigua (1970-1996) and later elected Archbishop of the West Indies (1986-1996).

The fourth Jamaican to hold the position of Archbishop, Metropolitan and Primate is the current Bishop of Jamaica and the Cayman Islands, the Most Revd Howard Kingsley Gregory who was elected in May 2019.

The church has been involved in the lives of those who have experienced abandonment or whose family support have been absent in providing wholistic care for their well-being. Within this context, both children and adults have been cared for at various homes operated by the diocese: Bishop Gibson Home for the Aged (St Andrew), Clifton Boys’ Home (Westmoreland), Farquharson House (St Andrew), St Andrew Settlement (Majesty Gardens, St Andrew), St Andrew Care Centre for Street Children (St Andrew), St Monica’s Home (Clarendon), and the Wortley Home (St Andrew).

The Anglican Church, to date, has 81 basic schools, 112 primary and all-age schools (including Fruitful Vale All-Age, which was attended by Governor General Sir Patrick Allen), nine prep schools, 10 high/secondary schools, and one teacher-training college; and still holds the record of building more schools than any other denomination, political party or government of Jamaica. From the reign of Bishop Lipscombe to present, all primary/all-age school education remain free to the Jamaican population.

At 150 years, the church shares a common heritage as a member of the CPWI with its own Caribbean Hymnal that includes contributions from Peter Tosh, Noel Dexter, Fr Richard Holung, and its own Book of Common Prayer (BCP) is infused with a Caribbean theological understanding of affirmation, identify and reconciliation. Its second prayer of confession recognises that forgiveness is threefold – “We have not lived you with our whole heart; we have not lived our neighbours as ourselves; we have not lived ourselves as we ought.”

The Anglican Church in Jamaica, through the work started by the late Bishop Alfred Charles Reid, has been constantly evolving in its acceptance of art, music, dance and literature to reflect the image of the Africanness, and the official language of the enslaved ancestors of varied ethnicities enshrined in the Jamiekan Nyuu Testiment is beginning to find its place in the celebration of the church’s liturgies.

In 2007, the diocese commemorated the 200th anniversary of the abolition of the transatlantic slave trade with the visit of the first black Archbishop of York, the Most Rev John Sentamu. During this official visit, the archbishop did not mince his words as he apologised for the Anglican Church’s participation in the slave trade.

While attending a special convocation ceremony at The University of the West Indies (UWI), he said, “Whether I like it or not, I belong to the church which participated in the transatlantic slave trade,” and that “the actions of my forebears are my actions”. However, “I can’t distance myself from the terrible things that the Anglican Church did to my brothers and sisters who were sold as slaves. And for that I deeply apologise.” ( The Gleaner, October 7, 2007.)

Sentamu’s apologies came one year after Archbishop of Canterbury Rowan Williams apologised at the Church of England’s synod on the role the church played. He told the Synod: “In a free society, we need to remember that all are involved in the actions which some are doing; some are guilty, but all are responsible.”

“When parliament voted compensation in 1833 to former slave owners rather than the slaves themselves, the church received £8,823 8s 9d, about £500,000 in today’s money, for the loss of slave labour on its Codrington plantation in Barbados. The contemporary Bishop of Exeter and his business associates received even more, nearly £13,000.”

The archbishop told the synod that the church ought to acknowledge its corporate and ancestral guilt: “The Body of Christ is not just a body that exists at any one time; it exists across history, and we therefore share the shame and the sinfulness of our predecessors; and part of what we can do, with them and for them in the Body of Christ, is prayerful acknowledgment of the failure that is part of us, not just of some distant ‘them’.” ( The Guardian, February 6, 2006.)

The celebration of 150 years of disestablishment involved reflecting and learning from the past in order to enhance mission in the present. It is an affirmation in embracing our emancipation to become what we are in Christ Jesus, the people of freedom, whose creative power and intentional discipleship initiate transformation in the lives encountered during this earthly pilgrimage.

Dudley C. McLean II is executive director of Associación de dabate Xaymaca (AdebateX), that convenes debating in Spanish for high schools. He is a graduate of the UWI, (Cave Hill), and debating coach at Church Teachers’ College, Mandeville.