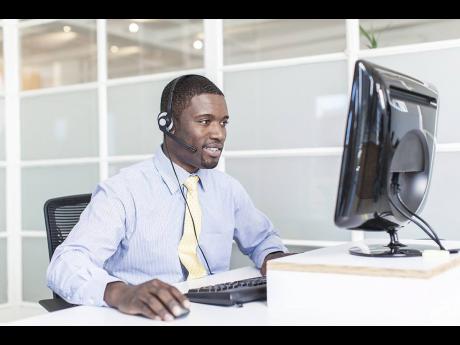 As countries in the Caribbean Community (CARICOM) have been seeking to diversify and grow their economies, as previously indicated, the focus is on export of services. I have dealt with tourism and cultural and creative services in my last two articles.

In another sector, for several years now, CARICOM countries – Antigua and Barbuda, The Bahamas, Barbados, Belize, Dominica, Grenada, Guyana, Jamaica, Saint Lucia, Suriname, and Trinidad and Tobago – have been promoting themselves as ideal near-shore destinations for business process outsourcing (BPOs).

Export-oriented BPOs are companies supplying services from locations in foreign countries, including developing countries, to users in other countries. These types of service providers fall under the World Trade Organization’s General Agreement on Trade in Services (GATS). BPOs actually seems to be the services side of the goods-related 807 textiles and clothing outsourcing operations.

BPOs provide back-office services, such as accounting, payroll management, bill payment, human resource management, and information technology services; and front-office services, such as customer services through call centres, and include technical support, sales and marketing. It is said that companies contracting these services want to focus on their core competencies and to improve their efficiency, wider reach, round-the-clock coverage, and profitability.

Foreign-based BPOs are attracted to developing countries, such as those in the Caribbean, because labour is available due to high unemployment, especially among the youth, lower labour cost in terms of wages, more flexible labour laws, government incentives offered, proximity to the USA and Canada, and, in CARICOM, proficiency in English and other languages – Spanish, French, and Dutch.

I note that several CARICOM countries – Belize, Jamaica, Guyana, and Trinidad and Tobago – as part of their diversification strategy, are aiming to expand the number of BPOs operating in their countries and the value-added services provided. In their promotional materials, they place emphasis on their youthful population, high level of education, and language proficiency, especially in English and Spanish. This is particularly so in Belize and Trinidad and Tobago. I note that the Dominican Republic, also a Caribbean destination for BPOs, promotes its ability to offer services in both Spanish and English.

It seems that English and French are languages required to be taught in their schools. I am seeing that in 2019, the Dominican Republic was ranked sixth for overall English proficiency in Latin America by the international organisation, Education First.

It is interesting that, in at least one CARICOM country, in language, there are those actively promoting their Creole as the first language, English as the second, and Spanish not at all. In fact, on a radio programme recently, I heard English described as ‘the language of the oppressor’. That may have been so, but English is now the global language of business and commerce. The Caribbean Secondary Education Certificate (CSEC) passes in English, for some countries, are also not what would be desired.

Therefore, if we are promoting ourselves to investors as a country whose official language is English, then greater effort should be directed towards ensuring that the claim is accurate. One would also think that emphasis would be placed on learning Spanish, given our proximity to the majority Spanish-speaking countries in Latin America and the Caribbean. These countries are emphasizing learning English, and are also competing for BPO and other jobs.

THE GAINS FROM BPOS

Clearly, there must be benefits from BPOs for CARICOM countries or so many would not be seeking to attract these investors. The International Trade Centre (ITC) pointed to job creation as the promise of BPOs. It seems over 100,000 persons are now employed in BPOs throughout the Caribbean, including in the Dominican Republic. 40,000 are employed in Jamaica, with the long-term goal to have 70,000. Trinidad and Tobago wants to move up to 5,000. So BPOs on location contribute to the Gross Domestic Product (GDP) through employment (wages), payment of lease/rent and utilities for accommodation, and purchase of local goods and other services. While tax revenues may be earned, governments also provide tax concessions to BPOs, which tend to operate within and/or under laws related to special economic zones.

BPOs also earn foreign exchange for the countries in which they operate. It is not clear to me, however, what percentage of foreign exchange earned by foreign-based BPOs flows into, and is retained in, the host countries. If the BPO is locally owned, then foreign exchange is earned from payments for contracted services. In addition, we ought to consider the foreign exchange outflow as the company may also import goods and services, and repatriate income. This needs further study, it would seem.

We need to recognise that as we seek to grow the BPO sector to create jobs and address unemployment in the Caribbean, we should consider not only the positives, but the negatives as well.