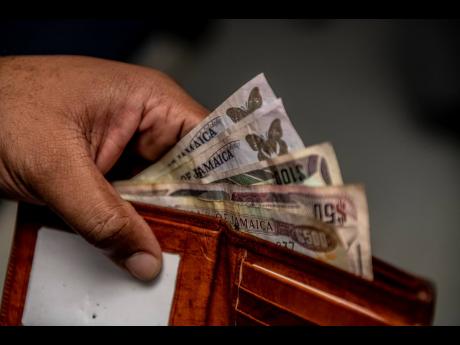 In whose interest does the Government operate? The small savers, or the banks and other deposit-taking institutions?

But maybe I do understand, for “he who pays the piper calls the tune”. Political parties and governments act in the interest of those who fund them, those who make political donations and campaign contributions. Maybe what we really have is an oligarchy (rule by the few) or a plutocracy (rule by the wealthy).

Last week I argued that any Jamaican Government claim that they seek a balance between having a healthy environment and economic development is false, as lucrative environmentally damaging enterprises will always get the go-ahead; and that any claim to be seeking a balance between lives and livelihoods is only a pretence, as corporate profits will always be more important than human life and welfare.

This week I have two more examples to prove my point.

One day someone decided it would be more cost-effective for utility companies to close most of their branch offices and to franchise bill payments to private companies. The utility companies saved a lot when they closed those customer service offices, not having to pay salaries, rent, etc.

But then when I went to pay my utility bills at these private companies I was asked to pay a service charge. Why, I ask myself? Closing all those branch offices was to the profit of the utility companies, and I was deprived of my customary right of paying my utility bills without additional charge. It is the responsibility of the utility companies to make it worth the while of the private bill-payment companies to collect their money for them. In effect, when I pay this service charge, I am rewarding the utility companies for closing their offices; and in addition to paying them for the water or electricity I use, I am also paying the cost of collecting their money, which is their business cost!

In whose interest does the Government operate? The rate-paying public, or the utility companies and bill-payment agencies? Should not the Government put regulations in place to protect those who voted for them? Or should the Government act to increase private sector profits at the expense of the public?

At the time these fees were introduced I lodged my complaints in this column, to no avail. The truth is that the Government is too close with the utility companies and bill-payment agencies.

Let us now talk about bank charges. My first encounter with a bank was at the age of five, when my father took me under the guango tree in Liguanea to open my first savings account. Subsequently, the branch moved across the road, and the minister of agriculture chopped down the guango tree; but more than 60 years later I still use the same branch to do my banking.

Some people like to talk about rights. Over the years I have developed customary rights as a customer to go into the branch to conduct my business. I make deposits, and they pay me interest (at a lower rate than they used to), and I pay stamp duty (to the Government) on my withdrawals.

Now my bank wants to change our customary relationship, where they wish to charge me to put my money in, and to take my money out. They are supposed to be happy to take my savings and deposits, and invest them to make their substantial profits. What has changed? Maybe they have lost interest in my small money, and wish only to deal with the plutocrats.

Should not the Government put regulations in place to protect the banking public who voted for them? Is all they can do is try to persuade?

We know that political parties want private companies to make money so that they can give them big donations. This is how our political system works. It really is about the money. The private sector is happy, and the politicians are happy. It is almost a perfect symbiosis.

Prices are high so that companies can make enough money to kick back some to the political parties, and still support the high lifestyle of the directors. We pay for this every time we go to the shopping plaza or supermarket.

This is why we cannot look to the private sector to pressure the Government to bring an end to corruption: it takes two to be corrupt.

This is also why both political parties must protect the confidentiality of the process of political donations, as neither wants transparency. We will continue to rise in the global corruption rankings with this sort of philosophy.

When political parties and big business join forces to maximise the spoils, it is we the consumers who suffer, as well as the natural environment. It may even cost us our lives.

Peter Espeut is a sociologist and environmentalist. Send feedback to columns@gleanerjm.com