Ronald Thwaites | Thwaites and Charles Sr have an idea 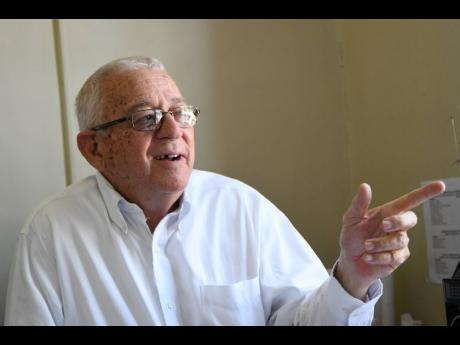 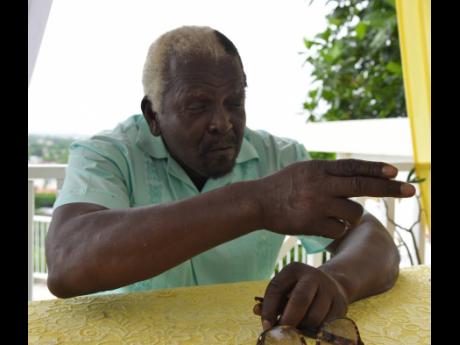 Hon Pearnel Charles Sr and myself are unlikely collaborators, given the poisonous divisions of Jamaican politics and society. He is a rockstone Labourite (who, had there ever been a really honest public poll, would have been party leader); me, a...

Hon Pearnel Charles Sr and myself are unlikely collaborators, given the poisonous divisions of Jamaican politics and society. He is a rockstone Labourite (who, had there ever been a really honest public poll, would have been party leader); me, a left-of-centre People’s National Party member. He, a peasant-bred black man whose only whiteness is half his hairstyle; me a white, middle-class Jamaican. Elder Charles, a lifelong Adventist; me, a Catholic deacon.

Most of all, I admire the gentleman’s lack of bitterness, given his long detention without charge in the 1970s. I have apologised to him for having supported the measure at the time. No one should have their liberty taken away without charge – not then, not now.

Despite all our ascriptive differences, we share a passion for this nation and an optimism about its prospects, qualified by the disappointment about the inadequacy of the political culture in which we both, he for longer than I, have been immersed for decades.

For the past six months, Pearnel and I have been sharing the microphone, beaming mostly to the Jamaican diaspora, on Bridge 99 FM, with connections to an increasing number of foreign radio stations.

Mostly we get on well, despite furious arguments, because mutual respect, the shared nationalist cause, and the value of experience and satiated ambition conquer most disagreements. At base, we agree on the nobility of political engagement and the futility of the tribalism of our Independence experience.

Now we have a proposal to put to all of us.

By conservative estimation, there are well over 100,000 unemployed, underemployed and underskilled young people in Jamaica. Thousands can‘t even meet the modest HEART/NSTA Trust entrance standards.

We all know the causes and consequences of this condition. Recently, it has been disclosed that there is a shortage of skilled construction and hospitality workers. The same goes for all trades. And there is huge opportunity for competent Jamaican labour abroad.

Match this demand with an ineffective scheme of training, whereby we keep young people for expensive years in classrooms when their best skill training and values reorientation would be achieved on a worksite, where they are labouring under supervision, earning a stipend, forging positive identity and self-esteem, and pursuing a path towards certification and upward mobility.

Why not revive a sturdy, scaled-up apprenticeship programme? There is no good reason why that practice has become almost obsolete. Put idle youth to work, clothe them with the dignity of the hard hat and boots of uniform, place a soldier and a social worker on each site and watch skills improve, attitudes change and discipline increase. Separate the majority who want opportunity from those few who are disturbed or malevolent, and refashion public health, education and national security policies accordingly.

Return the three per cent employers’ contribution to HEART/NSTA Trust to industry, commerce and agriculture as the incentive for training. Task the training agency with supervision, verification and certification. Ask our international partners to send specialists, not to displace local labour, but to teach and instruct according to international standards.

Offer the trainees a stipend, not for just turning up, but for doing measurable, productive tasks. If HEART/NSTA Trust needs more money for monitoring, please take it from the national security budget or even charge us one more per cent on the HEART/NSTA Trust tax. Yes, we say that because every trained Jamaican is a living antidote to the criminal culture and a contributor to the flourishing of family and society.

Last week, Pearnel and I tried out the idea on the President of the Incorporated Masterbuilders Association of Jamaica. He was receptive and indicated that a proposal along these lines had been sent repeatedly to the Government. No response has been forthcoming. Why?

We were told that often, the illiterate guy who is engaged on a construction gig comes to understand the importance of reading, numeracy and other formal skills, and becomes disposed to learn them while working. What could be more virtuous?

Question: Would the business class, both large and small, be disposed to partnering with the State and the people in such salvific activity?

Mr Government! Charles and Thwaites are asking you to use training and work, rather than, or, as Sir P would want me to write, alongside containment and repression? And we are not talking about any ‘dibby-dibby’ small-number programme like we have now. The big idea being put forward is an ambitious Lee Kuan Yew and Fidel Castro-style mobilisation for skilling and upskilling our people.

We expect that Professor Wint, HEART/NSTA Trust and the well-endowed private sector will consider, amend and execute this venture now. No one should ‘graduate’ into idleness next month from grades 11 or 13, or any other training institution. Start there.

We have the need, we have the talent, and we have the money. There is nothing untried, but everything urgent, about the plan. What’s missing is the energy and the political will.

Remember the slogan of the 1970s: ‘Free up private enterprise and watch Jamaica grow’. That hasn’t worked well enough. How about one which says, ‘Free up the youth with skills and work and watch Jamaica become safe and prosperous’?