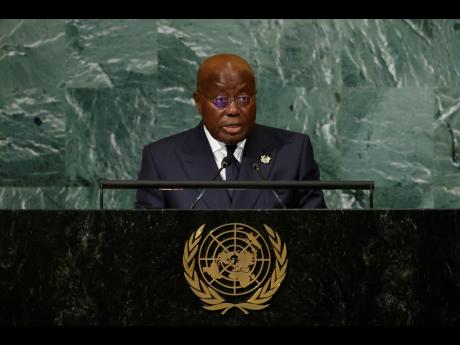 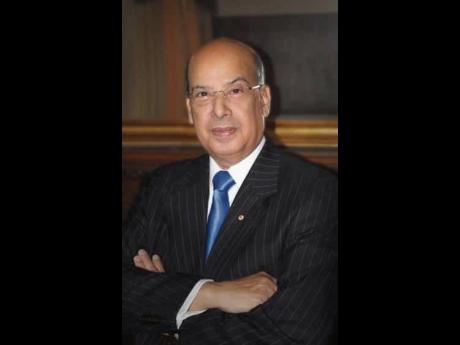 “Every bullet, every bomb, every shell that hits a target in Ukraine, hits our pockets and our economies in Africa.” Those were the words of the President of Ghana, Akufo-Addo, at the UN General Assembly on September 21.

The Ghanaian president was referring to Russia’s invasion of Ukraine, which aggravated an already difficult worldwide economic situation, caused by the COVID-19 pandemic.

While he spoke as an African, Akufo-Addo could have been speaking for every developing region of the world, including the Caribbean.

Several African countries now have inflation rates, surging three to four times higher than they were just two years ago. The situation is no different in the Caribbean region.

If the world was turned upside down because of the COVID-19 pandemic, Russia’s invasion of Ukraine is damaging it still further. And with no end in sight.

No region of the world, or any person within regions, has escaped the consequences of Russian President Vladimir Putin’s ill-advised invasion of Ukraine, clearly aimed at seizure of large tracts of Ukrainian land and strategic access to the sea and global commerce.

The IMF emphasised that the economic costs of the Russian war against Ukraine “are expected to spread farther afield through commodity markets, trade, and — to a lesser extent — financial interlinkages. Fuel and food price rises are already having a global impact, with vulnerable populations — particularly in low-income countries — most affected”.

Therefore, the troubling economic and financial situation should completely dispel the illusion, held by some in the developing world, that the war has nothing to do with us. In fact, the entire world has a vested interested in encouraging its immediate end.

The leaders of the two most important developing countries, Xi Jinping of China and Narendra Modi of India, recently indicated their concerns about the war. Significantly, Recep Tayyip Erdogan, the president of Turkey, has called for an end to the war in Ukraine “as soon as possible through diplomatic channels”.

As in all unpopular wars – and this one certainly is – Russian military forces have been losing ground to the more committed Ukrainian troops. The former are soldiers, carrying out orders; the latter are men and women determined to protect their homeland with their lives. Despite the superior Russian military firepower, especially missiles launched from areas bordering Ukraine, the Ukrainians, armed with improved weaponry - gifted by sympathetic nations - and fortified by a patriotic resoluteness, have pushed Russian troops out of Ukrainian territory that they had earlier seized.

This has caused President Putin to announce conscription of reservists and other civilians. But his plan has met resistance. More than 800 Russians were arrested in anti-war demonstrations in 37 cities, including Moscow and St. Petersburg, according to the independent Russian human rights group OVD-Info. The number of men fleeing the country has increased as has widespread protests by Russian citizens.

The protesters have been assaulted with military force and hundreds have been detained. Journalists in Moscow, with the news agency Associated Press, reported that they witnessed at least a dozen arrests in the first 15 minutes of a night-time protest in the capital, with police in heavy body armour tackling demonstrators and hauling some away as they chanted, “No to war!”

Fighting a war, which relies on reluctant conscripts, is unlikely to bring the success that Putin told the Russian people was imminent. Instead, the Ukrainians have recaptured vast swathes of Russian-occupied territory. In addition to sinking confidence in any achievement, resulting from the war, the Russia economy is also suffering.

Despite all this, and in a departure from reality, President Putin is planning to hold referenda “on joining Russia” in areas of the Ukraine that Russian troops occupy.

Referenda in the middle of a war, and with the population living under the guns of occupying forces, would hardly be credible to any nation in the global community. However, the decision to hold them clearly shows Putin’s intention to annex the areas to Russia. Consequently, the war will escalate further as the Ukrainians intensify their resistance.

The referenda are scheduled to start on September 23 and to continue for 5 days, after which Russia will no doubt announce that the people of the areas have voted in favour and they have opted to join Russia. In his quest to re-establish the Soviet Union, President Putin is doing so by seizing the territory of a neighbouring state and balkanising it. This is a grave violation of the international legal order, which Russia was party to establishing, and which has been applied by the UN Security Council since 1945.

But, in the way of powerful nations, rules and laws are discarded when it does not suit the ambitions of their governments.

Every government, at the United Nations General Assembly this month, at the General Assembly of the Organization of American States next month, and in every international meeting, should make it very clear to President Putin that the war against Ukraine is not only unpopular, but it is fast becoming a war against global economic peace and growth, which are vital conditions for economic progress in developing countries.

Developing countries, especially small states, depend on adherence to international law. They also need global peace that facilitates travel for tourism, aid money being spent on development and not on arms, and competitive commerce that reduces high prices for food and other goods.

President Putin has jeopardised all that.