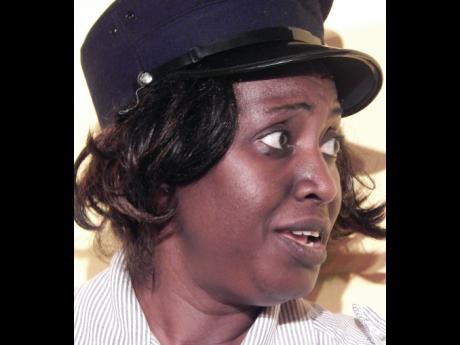 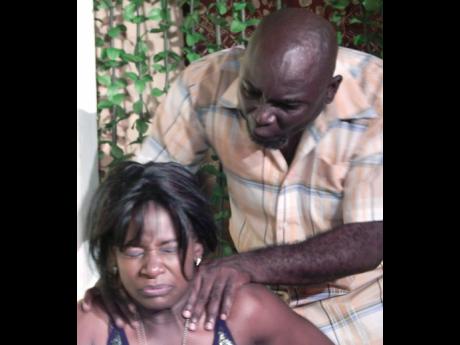 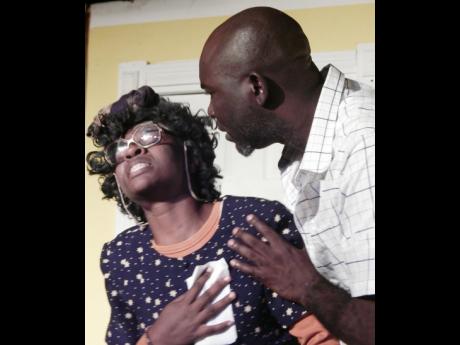 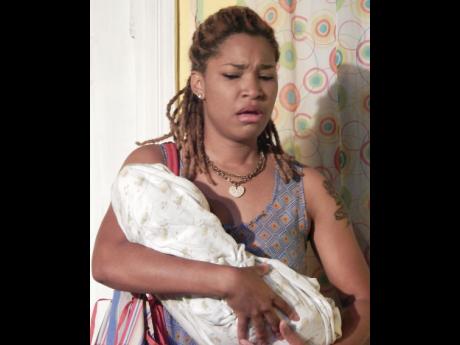 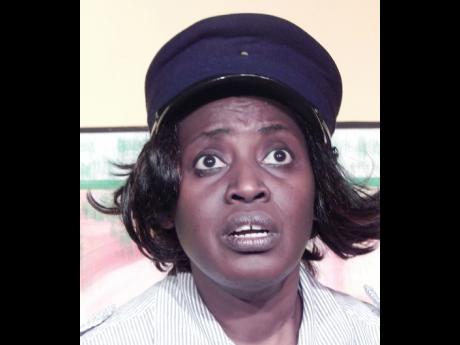 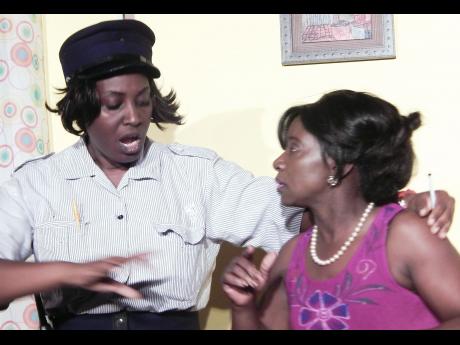 turns in the play than there are on Mount Rosser and they don't always make psychological sense. Still, this production is a farce and, like all plays of that genre, it sacrifices realistic behaviour for the sake of laughs.

As the script requires the actors play for laughs, but most keep a respect for the 'fourth wall' - that wall at the front of the stage, invisible to the actor, through which the audience watches the action. The only one who 'breaks' the fourth wall is Corporal Del when she talks directly to the audience and that's part of her really funny character. (The Gleaner's Youthlink named Wright Actress of the Year in 2012.)

Wright was a part of the Stages Productions stable for many years, She told me in an email that she left the company and "relaunched in 2008", acting as Delcita in 10 shows since then. They are Di Driva, Money Worries, Extortionists, The Plumber: Ova Mi dead Body, The Politicians , Court House Drama , University of Delcita, Miss Elsayda, and Border Patrol.

She produced the last four. She states about the experience of striking out on her own (which was "very important" to her career): "Producing is not for the weak. You feel the lashes burning, for theatre is extremely unpredictable."

Wright found that "the demand for the actor can be high, yet his/her current productions may be low. There always needs to be a constant study of the patrons' needs".

Border Patrol will be at The Green Gables Theatre until the end of the month. Its co-director, David Tulloch, told me during intermission that it has already started touring, having gone to the British Virgin Islands and St Maarten, and, in August, will begin playing at selected venues in Jamaica.