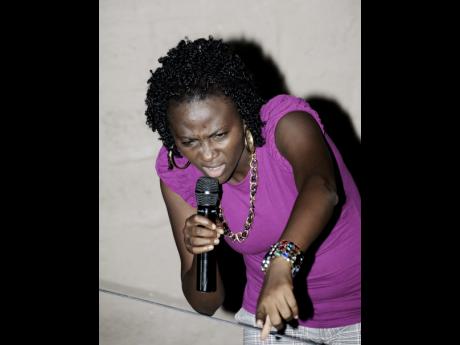 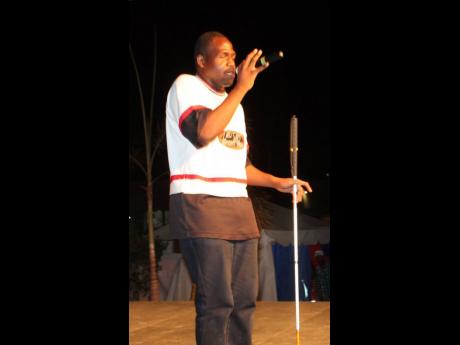 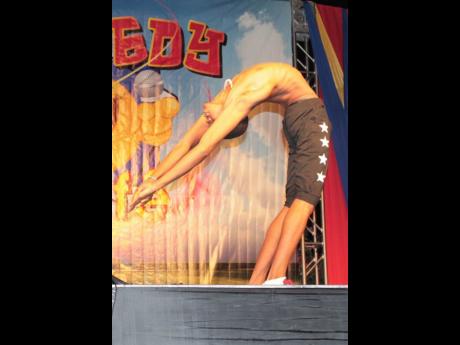 Contributed
Deshae Raphael who goes by the stage name Bones 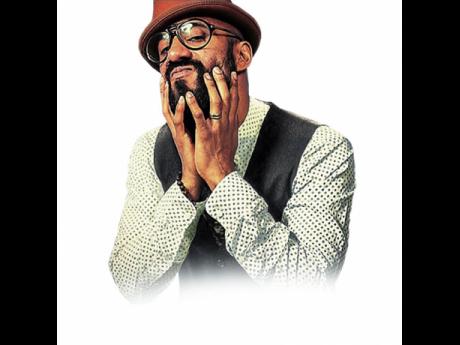 There were jokes aplenty, and loud laughter pierced the air as two popular vloggers (video bloggers), some established stand-up comics, and a few surprise cameo acts delivered the goods at the latest edition of FLOW Comedy Cafe at C & C South Beach in Kingston, recently. The show started promptly, with resident hosts Ity and Fancy Cat delighting the fair-sized crowd with their signature blend of provocative comedic commentary and irreverent banter. The duo also facilitated some entertaining games, on-the-spot contests, and interactive activities that saw audience members taking to the stage as well.

With patrons warm and ready, the performances then opened with Deshae Raphael, who goes by the stage name 'Bones'. The young contortionist from Whitehall demonstrated the reason behind his name as he twisted and knotted his body in ways that suggest he may actually not have any bones at all.

The next performer was deejay Dr Pleasure, arguably among the standout acts of the night. He ambled on to centrestage to an obviously tense and expectant hush from the audience. Once the rhythm kicked in and he started spitting lyrics, however, Dr Pleasure was an instant hit. He had the Comedy CafÈ crowd in an uproar with his unique style and witty rhymes on three original pieces titled A Me Name Dr P, Get Gal, and Badness. Although he is totally blind, Dr Pleasure, whose given name is Robert Williams, is also a job-seeking UWI graduate with a degree in management studies.

The first of the advertised acts to hit the stage was Dale Elliott aka 'Elli the Viner', who gave a fairly good account of himself. His Instagram followers number over 39,000, and counting, but the FLOW Comedy Cafe engagement was the young vlogger's debut performance in live stand-up comedy, and he was obviously nervous. As he relaxed and got into his routine, however, he endeared himself to the audience with his honesty and originality and delivered a commendable performance laced with stories inspired by his beloved 'Grandma Pat'.

Now a household name in Jamaica, Internet sensation Dutty Berry was up next. The audience gave him love, and they extended their tolerance as he shared mildly humorous stories including some about funny encounters with insensitive fans. He got some chuckles and applause, but this was clearly not his best performance.

The sole female on the night's line-up was Kathy Grant. The comedian and actress who gained much popularity playing 'Miss Jennifer', the helper on The Ity and Fancy Cat Show, was next to hit the stage and she stamped her class with side-splitting stories about the travails of sexually starved single mothers. Her account of trying to trick her gynaecologist into giving her pleasure by feigning a medical complaint was particularly hilarious.

Headliner Trinidadian-Canadian comic Jean Paul brought the night to a fitting comedic climax with his witty one-liners and funny takes on the Jamaican personality - especially as manifested in the Rastafarians - as well as stories from his past visits to Jamaica.

There were comics on the stage and comics in the audience as well, with veterans Tony 'Paleface' Hendriks and Owen Blakka Ellis enjoying the show from the wings. Lemon, Boasy Boy Floyd, and Leighton Smith were also in the house and made cameo appearances.

FLOW Comedy Cafe is a production of Ellis International.