Daniel Radcliffe gets a star on Hollywood Walk of Fame 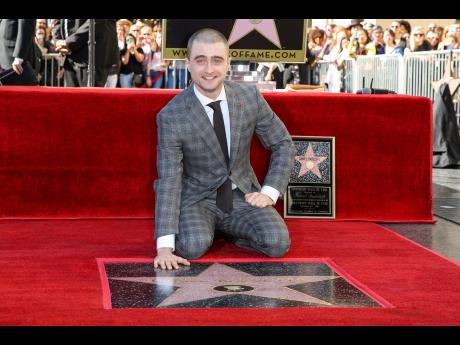 AP
AP Daniel Radcliffe attends a ceremony honoring him with a star on the Hollywood Walk of Fame on Thursday, Nov. 12, 2015, in Los Angeles. 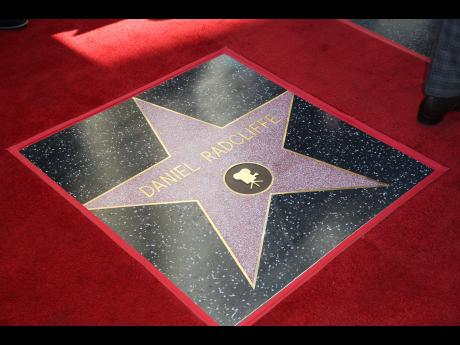 Daniel Radcliffe has been honoured with a star on the Hollywood Walk of Fame.

The 26-year-old actor - who shot into the limelight after starring in the ?Harry Potter? franchise at the age of 11 - was awarded with the 2,565th star at the Dolby Theatre in Los Angeles, California, yesterday (12.11.15) after being recognised for his remarkable career over the past 15 years.

Speaking to Variety at the ceremony, Daniel said he was shocked but thrilled to have been given the honour.

He added: ?We (Brits) have a national embarrassment about people saying nice things about us, so I was taken aback at first but then I had a real sense of gratitude. Only about 20 per cent of people who work in film and television end up on the Walk Of Fame. It?s kind of amazing.

?I don?t know if they remove these things, but no matter how badly I mess up, they can?t remove it.?

Daniel, who is among the small number of child stars to carve out a successful career in Hollywood into adulthood, went on to thank his parents Alan and Marcia, who flew out to the US for the ceremony, for their support over the years.

Meanwhile, the handsome star was across the pond to promote his forthcoming movie ?Victor Frankenstein,? in which he portrays assistant Igor to the mad scientist obsessed with creating life, played by James McAvoy.

However, as well as a large stash of films under his belt, Daniel has also made a name for himself on Broadway after starring in the musical comedy ?How to Succeed in Business Without Really Trying? and the psycho-drama ?Equus.?