Chris Brown cancels Down Under tour after visa troubles 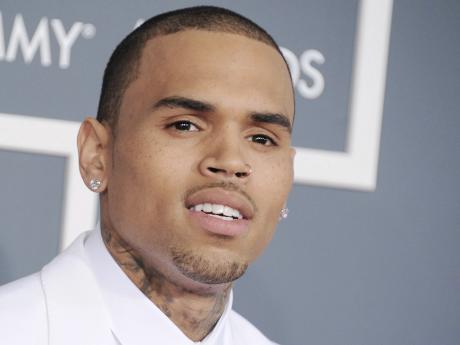 Chris Brown cancelled plans for a Down Under tour Wednesday after Australian authorities earlier warned the troubled R&B singer they were likely to refuse him a visa because of his criminal conviction for assaulting pop star Rihanna.

Ticketing agency Ticketek posted a statement from Brown's promoters saying the planned December tour of Australia and New Zealand had been cancelled and those who had bought tickets would get refunds. In the statement, Brown thanked his fans and said he remained hopeful he could tour "in the near future".

Citing privacy concerns, Australia's immigration department on Wednesday declined to say whether they had refused Brown a visa. But in September, the department issued Brown a "notice of intention to consider refusal" which gave him 28 days to explain why he should be allowed into the country.

"People need to understand if you are going to commit domestic violence and then you want to travel around the world, there are going to be countries that say to you: 'You cannot come in because you are not of the character we expect in Australia'," Cash, who is now minister for women, told reporters at the time.

As part of his tour, Brown had been scheduled to play one show in Auckland, New Zealand. Immigration authorities in New Zealand said Brown had withdrawn his application for a visa to work and travel there before they ruled on it.

New Zealand authorities said that because Brown had been banned from some other countries, he would have needed a special visa to be allowed entry. They said Brown had applied for a visa once previously, in 2008, which they had granted.

Brown could not be immediately reached for comment Wednesday. In a September statement, Brown's publicist Nicole Perna said the singer respected Australia's right to review his visa request and had "faith that a decision will be made with the full consideration of his continued personal growth, ongoing philanthropic endeavours and desire to perform for his fans".

Activists in Australia had campaigned to ban the singer from the country because of his brutal attack on his then girlfriend, Rihanna, hours before the 2009 Grammy Awards. He pleaded guilty to felony assault and was freed from probation this year.