Pantomime turns 75 with 'Runeesha and the Birds' 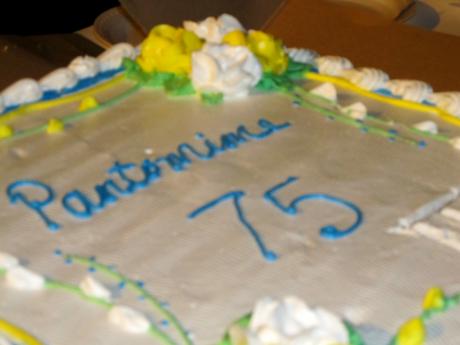 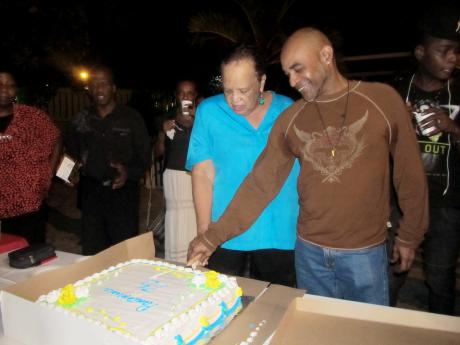 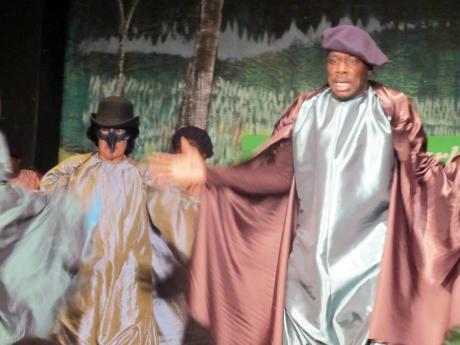 Marcia Rowe
An excerpt from ‘Runeesha and the Birds’. 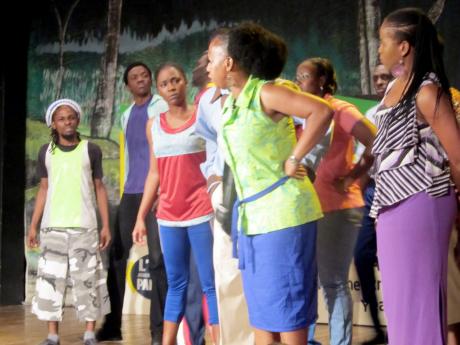 Marcia Rowe
An excerpt from 'Runeesha and the Birds'. 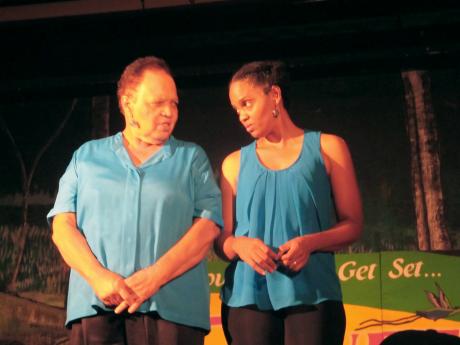 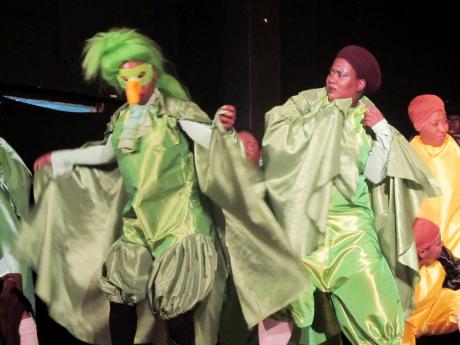 Marcia Rowe
Members of the Pantomime cast perform an excerpt of ‘Runeesha and the Birds’ at last Wednesday’s launch of the 2015-2016 production, held at the Little Little Theatre, Tom Redcam Avenue, St Andrew. 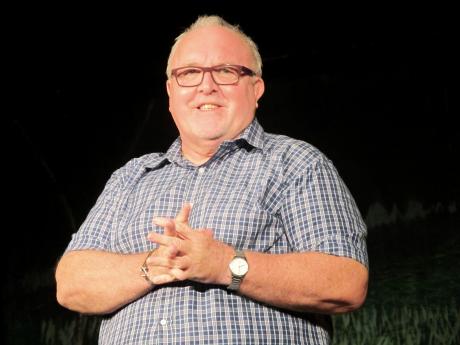 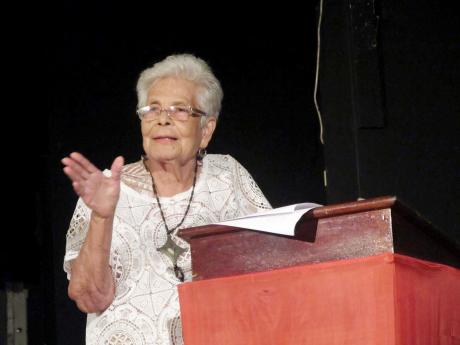 On Wednesday, The Little Theatre Movement (LTM) launched the 2015-2016 production of its premiere event, the annual National Pantomime. Among the offerings at the intimate affair were enlightening speeches and acknowledgement of a retiree, sandwiched between performances of well-chosen songs from this season's musical, Runeesha and the Birds.

The launch culminated with the cutting of a cake to celebrate the Pantomime's 75th anniversary.

Held at the Little Little Theatre, the launch began with the singing of Jamaica's National Anthem. A general welcome and introduction of the special guest speaker was done by LTM chairman and playwright Barbara Gloudon. The guest speaker was Hazel Bennett.

"You know a story or two about Wycliff, but I have several. This one concerns the Pantomime," began Bennett, whose late husband, Wycliff, had a long-standing relationship with the production. It was a tale that traversed transformation of the annual spectacle from British to Jamaican - or from white to black.

The National Pantomime begun in the late 1880s by British soldiers stationed at Port Royal. When Henry and Greta Fowler started the LTM in 1930 with their first Pantomime, Jack and the Bean Stalk, they continued the British tradition of keeping the cast predominantly white.

In the 1940s, Ellinor Lithgow, an English actress who was married to an army officer, directed Soliday and the Wicked Bird. Despite the play being based on an Anansi story, all the characters were played by white people. It took Louise Bennett's 1957 Busha Bluebeard to change the complexion of Pantomime and, consequently, its popularity among the majority of Jamaicans.

Former stock characters such as clown, the dame, fancy boy, and fancy wedding have been long removed from the Pantomime stories. Heroes like a busman and a singer now represent ordinary Jamaicans.

Bennett said, "Theatre holds the mirror up to a society. The Pantomime reflects the issues of Jamaica today, and persons like Barbara Gloudon are to be thanked."

Dr Brian Heap, who has directed 15 Pantomimes and began his association with the production when it had gone 'black', said he was sneaked in as Captain Rackham in the 1981 production, The Pirate Princess. He congratulated the LTM for having gone on for 75 years and said, "They have served the community well by continuing a theatre that is available to be used throughout the year."

However, Heap is worried about what is in store for the next 75 years. "The audience for live theatre does not walk in anymore. We are living in a different era. We have lost our courage ... . We have become politically correct," Heap said. He concluded with a wish that the next 10 years see the return of "theatre courage".

Runeesha and The Birds continues to reflect the issues of Jamaicans, but not the courage that Heap longs for. Performed by a relatively young cast, it is the story of a young girl who wants to take part in the upcoming 'limpics'. Training takes her in the path of a colony of local birds, such as bald plates and parrots. The cow birds enter the picture, with chaotic results.

Gloudon said the script has no bearing on the Pantomime's anniversary, but is a return to nature. The cast was taken to the hills to observe birds and their behaviour. But what fascinates Gloudon is the production's technical aspect, in particular the costumes designed by Anya Gloudon-Nelson, in which "every colour is studied".

The costumes are designed for easy movement by the wearer, as well as to facilitate easy care after each show.

One of the birds posing a challenge for the designer is the peacock, especially its tail. Gloudon-Nelson noted: "I am terrified of trying to figure out how I am going to do the peacock tail, because that's no fun. That scares me." On the other hand, the cow birds were the most interesting species she observed.

The designer could not help but being intrigued by the bird's negative character traits. "They are awful creatures," she said, as they will go into another bird's nest, removed the eggs that are there, lay their eggs and allow the other birds to hatch them.

The cast is once again being guided by Robert 'Bobby' Clarke. In spite of directing many Pantomimes, the importance of the 75th anniversary is not lost on him. "There is a standard, and that creates some form of anxiety. It is a hallmark year, and you have to do something that is memorable. I spend a lot of time making sure that I meet that hallmark standard," he told The Gleaner.

Actor Kevin Halstead, in his 17th Pantomime season, while not being pressured by the milestone, is guided by the fact that icons such as Louise Bennett and Ranny Williams have paved the way. As such, he "is humbled and honoured to be a part of culture, something that is still relevant. It is just an honour, just a humbling experience".

Runeesha and the Birds features a relatively young cast, which the director described as enthusiastic to learn. They have been learning movements from Patrick Earle. The band will be led by Calvin 'Bubbles' Cameron.

In addition to the cutting of a celebratory cake, LTM stalwart Floyd 'Ba Bye' Schloss was also honoured at the launch.

Runeesha and the Birds will open on Boxing Day and close in May 2016. There will be a special display in the foyer of the Little Theatre for the entire season.