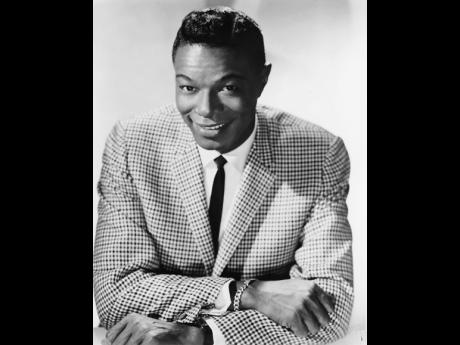 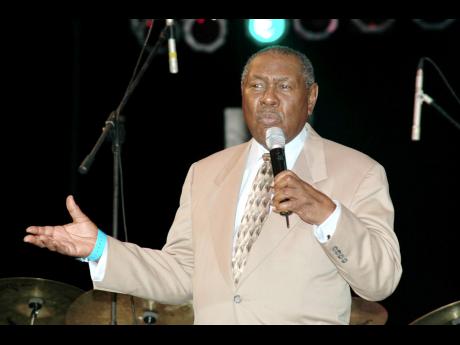 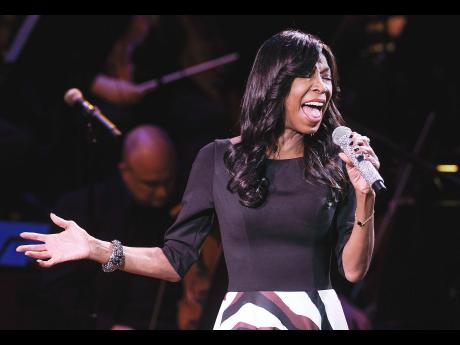 Just a few days ago, we observed the 97th birth anniversary of perhaps the greatest singer the world has ever known - Nat 'King' Cole, father of the late popular songstress, Natalie Cole. Compared to Sam Cooke, who is held in the highest esteem insofar as vocal talent is concerned, Nat Cole was the epitome of meticulous phrasing, perfect timing, expression, and vocal smoothness.

It was on St Patrick's Day (March 17, 1919) that Cole was born Nathaniel Adams Cole in Montgomery, Alabama, to the Reverend Edward James Cole and his wife Pearlina. The fourth in a line of musically gifted siblings (all his brothers became professional musicians), Nat Cole was the most talented.

First coming under the influence of his mother, a competent pianist, and later his older bass-playing brother, Eddie, Cole became a one-of-a-kind in the music business. Unlike other entertainers who excelled in the area they loved or aspired to, Nat Cole's success came in the field of music that he tried most to avoid - singing. Ever since he formed his first band while still in high school, Cole's dream of becoming a great jazz pianist was an ever-present obsession. In a real sense, he was on his way in doing just that when he formed his 'Nat Cole Trio' in the late-1930s, but was unceremoniously stopped by forces around him who thought that his romantic voice in front of an orchestra or band would be in greater demand and would earn him more money than his delightful artistry as a jazz pianist.

The dilemma that Cole faced heightens, when one considers that he was rated as the best jazz pianist in the country at the time. Nat, who received formal piano lessons, had perhaps unwittingly betrayed himself by interjecting a few vocal lines here and there into some of his performances, which seemed to have convinced many that he had an exceptional singing talent.

Vocalising had never been part of the group's repertoire, but one night, an inebriated customer at a nightclub hollered "sing". Nat pretended not to hear, but after his persistent urgings and the manager's intervention, Nat relented into a rendition of a song, titled Sweet Lorraine, every inch aware that his range was limited, having never had any formal training or practice in the art of singing. But he had indeed surprised himself. What ensued was nothing short of wonder and amazement. Polishing his new-found music skill, Cole's popularity increased, leading to a recording contract with the larger-than-life Capitol Records in 1943. That same year, while in the unusual position as a vocalist, Cole, along with the trio, did his first recording with the label - his self-penned Straighten up and fly Right, which was based on a sermon his father preached, the moral behind it being: Don't give up, hold on to your dreams. Nat was forthright as he sang:

"A buzzard took a monkey for a ride in the air

Straighten up and fly right."

Although Cole had recorded for a few independent labels previously, that recording really brought him to prominence as a singer. It became his first national hit, reached the Pop Top 10 charts and topped the black charts.

The trio did not die a sudden death, because although Nat had hit commercial success as a singer and his earnings increased substantially, he still found himself combining this with being a jazz musician, as the trio kept playing regularly in local jazz clubs.

Capitol Records, in the meantime, tried to accommodate both sides of Cole's musical leanings. He, however, was gradually accepting the fact that standing before a microphone was more financially profitable than sitting before a piano. It reflected in his pockets. The transition from pianist to vocalist proper, was marked by the recording of The Christmas Song in the summer of 1946, when a string section was placed around the trio's backing. The following year, Nat Cole, for the first time, stood before a microphone full time to record Nature Boy in a full orchestral setting. A later version of The Christmas Song, with full orchestral backing, became a perennial favourite at Christmas. In the interim between The Christmas Song and Nature Boy, Nat continued to record vocal and instrumental songs, but that was not enough to appease the wrath of his jazz fans, who felt that he had betrayed them.

In a singing career that lasted approximately two decades, Cole's versatility proved to be endless. A multilingual singer, he covered the areas of jazz, blues, ballads, rock 'n' roll, traditional pop and Latin beat. Using the rock 'n' roll beat, he gave us Send For Me, Midnight Flyer, If I May and Angel Smile, while his Latin songs accounted for Cachito, Quizas Quizas Quizas, Come closer to Me, and others. His remarkable run of love ballads, for which he was best remembered, included Looking Back - a song that exudes penitence:

"Looking back over my life

I can see where I've caused you strife

Again was an admission of what love taught him:

This is that once in a lifetime

This is the thrill divine."

An excessive smoker, Cole died of lung cancer close to a month short of his 46th birthday.