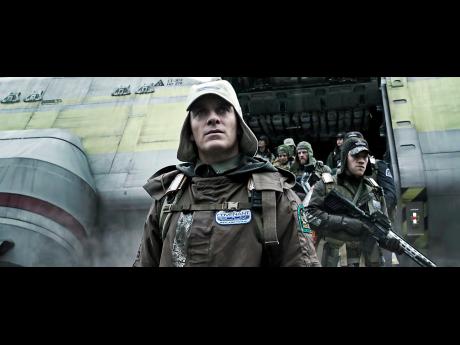 Contributed
A remote planet on the far side of the galaxy is discovered in ‘Alien: Covenant’.

When 1979's Alien was first released, the world was introduced to one of the most iconic monsters in cinema history. Now, 38 years later, that same monster is being reintroduced to audiences with Alien: Covenant.

Set 10 years after the last instalment in the franchise, Prometheus, Alien: Covenant tells a somewhat familiar story. Much like the original and its sequels, this movie follows a crew of explorers searching the vast echoes of space. It is a journey filled with wonder and excitement that, inevitably, takes a grim turn.

Despite following beats that have been seen before, Alien: Covenant feels fresh in today's cinema landscape. It never quite eclipses its predecessor, Alien, but it does evoke the same sense of dread. Scott shows his true strengths in this film as he crafts one tense sequence after another. The best type of horror is presented here, one which frightens you, but compels you not to look away as you warm the very edge of your seat.

Aside from the thrills, Alien: Covenant is a film with remarkable pacing. It takes its time to build its story and never felt dull or wanting for action. Then again, that won't be the same for all viewers. Most of the first act of the movie is watching scientists document their discoveries, which is not the most entertaining of pictures.

If there's one thing Alien: Covenant lacks, it is an understanding of its characters. I couldn't tell you much about any of them. It was painfully obvious which characters existed for the sole purpose of their gruesome deaths. Still, if the caveat for shallow characters is a wildly entertaining death sequence, that's a bargain I can deal with.

While it's true that Alien: Covenant is a captivating and thrilling film and the best Alien movie in years, its biggest strength is also its greatest weakness. Seeing Alien in full form is a reminder why it has yet to be topped as the perfect movie monster. However, the film's connection to the rest of the franchise leads bogs it down, distracting from the good movie that exists beneath it.

Still, it's worth a trip to the cinema.