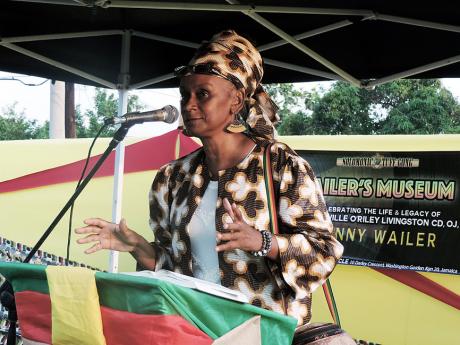 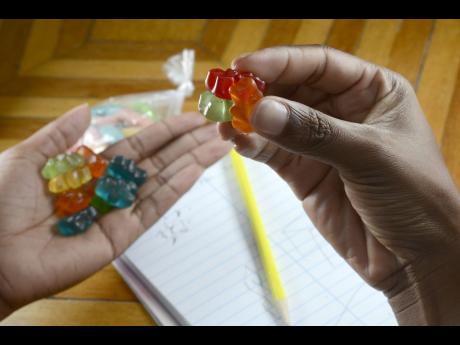 File
A sample of candy laced with ganja
1
2

The Government's ban on weed edibles at entertainment events has been one of the most talked about issues in local news since the announcement was made late last month. The ban was imposed following news that two patrons who attended the Stepping High Festival in Negril in March became ill after consuming ganja-infused products. Investigations were carried out by the National Council on Drug Abuse (NCDA) about the use and abuse of ganja edibles, and the council concluded that such products posed serious health concerns.

A few industry insiders weighed in on the hot topic and expressed some level of support for the Government's decision.

Douglas Gordon, organiser of the High Vibes Roots and Reggae Festival, told The Sunday Gleaner that he has always expressed that the Government has been dragging its feet where the cannabis industry is concerned, but says this time around, the powers that be should not be frowned upon for the ban. Gordon says he believes the Government made the right decision, but hopes the ban will be temporary while it searches for ways to regulate these products.

"While I think it was a heavy response to the unfortunate incident that happened in Negril with those two tourists, I think the ban is the right temporary measure in the absence of having proper standards for these products," he explained. "The Government has to have some way of making sure that people are safe, and right now, it's sort of Wild, Wild West when it comes to standards for edibles, at least in Jamaica. Globally, there are standards; people have very clear packaging standards and dosage standards that are well articulated to the customers, and that is absent in Jamaica."

With that said, The Sunday Gleaner asked Gordon whether the absence of standards surrounding weed edibles in Jamaica was another indication that the country was lagging behind the rest of the world in the budding industry.

"To be fair, you're talking about a brand new industry, and a lot of different parameters in terms of what should be obtained or not," he said. "While I am one of the people who have always said the Government needs to move much faster to legalise and be clear on some of their opinions about the direction in which they were moving, we have to be mindful that they are not going to get it 100 per cent correct. There are a lot of moving pieces when it comes to the cannabis industry in Jamaica, and I think that in many ways, you have parts of the Government that are ready to run, but they are facing different perspectives. At the end of the day, you want to see them (the Government) making prudent steps that are proactive and in everyone's best interest."

Maxine Stowe, music insider and head of the Rastafarian Community Fund, told The Sunday Gleaner that while the Government's ban may have been the right thing to do, it has cast a dark shadow over the Rastafari community in the process.

NOT A RASTA THING

She added that with the Government specifically highlighting entertainment events as a hotspot for these products, it ties Rastas to the entire ordeal. She pointed out that more often than not, Rastas are not the ones involved in the distribution of these products.

"This whole concept of edibles is not something that Rastas are focused on. Is not Rastas selling these things! It's regular people, and the whole thing is a travesty. We are the only ones allowed to hold events, and so it's almost like saying we are the ones allowing these things to come in unregulated. The Government should have highlighted that these events are a Rastafari cultural space and Rastas are not in the business of edibles," she said. "The industry is focused on it (the business of edibles), but the industry has not yet set itself up, and I don't know why they haven't figured this thing out already. Any industry that you're setting up, you need to set some framework. There needs to be some regulations surrounding edibles, and the Government needs to sort it out as soon as possible."