Yannick, a natural 'Therapist' for Protoje 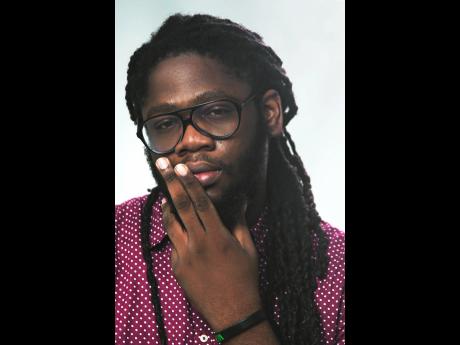 In the contemporary music space, a recording artiste's physical presence as an entertainer is among the top priorities for fans. These days, social media has presented a simpler way for artistes to maintain their presence in their fans' space.

With schedules involving recording, rehearsals, interviews, photoshoots and other industry-related matters, the maintenance of this presence is left up to 'the team'. Protoje is one Jamaican artiste whose social media presence seems deliberate, consistent and follow a particular aesthetic.

Much of the current imagery displayed on Protoje's social media, from the artwork of his singles and album covers, to the stills from performances on tour, is the responsibility of creative director Yannick Reid.

Reid studied for a degree in visual communication, with a focus on graphic design, at the Edna Manley College of the Visual Arts and Performing Arts. The path chosen for Reid seemed more natural than deliberate, as his father was a photographer by trade.

"When I was younger, I wasn't particularly envisioning myself being a professional photographer," Reid told The Gleaner. He revealed that his childhood aspiration was to be a veterinarian, but perhaps by the natural influence of his father, he picked up a camera.

"It was something I had access to all my life, so I guess, naturally, he passed on the trait to me," Reid said.

He said that he didn't see photography or videography as a viable means of income until about five years ago, which he estimates to be the starting point of his career. In 2012, he got the opportunity to assist in capturing photos for Reggae Sumfest. He told The Sunday Gleaner that it was the result of that project which spurred his professional interest in image-taking, particularly for concerts.

"It was through that method that I started to take pride in doing photography myself. I had a larger interest in videography, but I didn't have the means to do it," Reid said. Back then, cameras with video capabilities were not as easily accessible as they are today. Reid said that the first time he used a camera with such capabilities was in 2013, the year before he graduated from the Edna Manley College of the Visual and Performing Arts. "I got my hands on a video Canon T2i, and I started delving into video during my personal time, and I realised that photography and video skills intertwine."