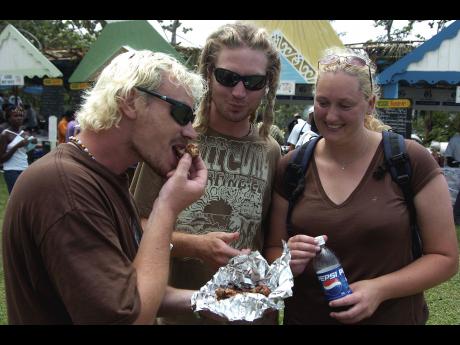 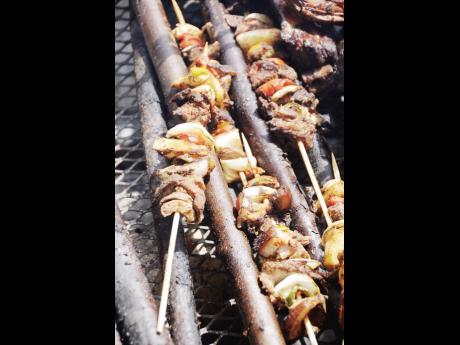 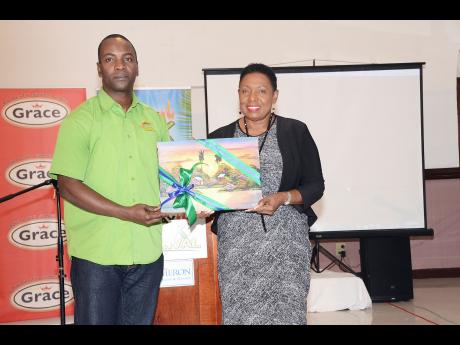 Janet Silvera
John Lindo, chairman, MoBay Jerk Festival presents Minister Olivia ‘Babsy’ Grange with the gift of a Jamaican painting during the launch of the event.
1
2
3

Minister of Culture, Gender, Entertainment and Sport Olivia 'Babsy' Grange says that Jamaica's jerk brand is a global phenomenon that has the potential to significantly boost visitor arrivals.

Speaking at the 2017 media launch of the eighth annual Montego Bay Jerk Festival, at the DeCameron Resort, Montego Bay, recently, Grange said that she is at one with her ministerial colleague and tourism minister Edmund Bartlett in using jerk as a major selling point to tap into the lucrative gastro-tourism market.

"When we invite visitors - whether to our houses or to our country - it is up to us to show them a good time. What better way to do that than to immerse them fully in our culture, which includes our authentic jerk cuisine," Grange noted.

The Montego Bay Jerk Festival is slated to be held on Tuesday, August 1 (Emancipation Day), at the Catherine Hall Entertainment Complex.

The family-oriented event, which showcase the finest in Jamaican jerk cuisine, will be complemented by an attractive entertainment package, which includes I-Octane, Sanchez, Masicka, and the Fab Five Band, among others.

"We are proud that like our music, our food is being appreciated and also replicated across the world. The world is now dotted with restaurants serving Jamaican food - especially jerk pork, jerk chicken, jerk fish, jerk shrimp, jerk everything! Whether it's actual jerk - the way we know how to do it in Jamaica - is another matter," she said.

Grange also pointed to a recent social media boost for Jamaica, where popular reality television star Kim Kardashian went on social media to show her affinity for the island's jerk cuisine with a dinner party at her hme, commemorating America's 4th-of-July Independence celebrations.

"The menu included ox tail, jerk chicken, jerk pork, fried plantain, and rice and peas. She explained that her Jamaican nanny taught her how to make that meal," the culture, gender, entertainment and sports minister said.

Grange noted that much like reggae music, the country has a duty to ensure that the Jamaican jerk is protected and promoted.

"Culinary activities, such as the Montego Bay Jerk Festival, give us an opportunity to market and present Jamaica as the home of authentic jerk food," she said.

Being held under the Jamaica 55 umbrella, the festival has been bolstered by support from Mayor of Montego Bay, Councillor Homer Davis, who said that the fact that it started from humble beginnings - from inside the Cornwall Courts community to the main stage inside the Catherine Hall Complex - was testament to how much the event had evolved to where it is now an integral part of the national calendar of events.

"This is very good for the entertainment offerings here in the tourism capital," he noted. "These are the kind of things that represent the best of Montego Bay."