For the Reckord | The arts must matter - Hickling, Gloudon urge practitioners to engage society 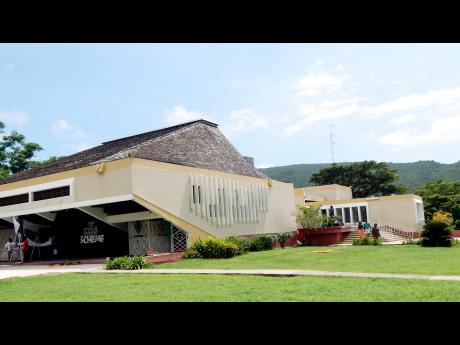 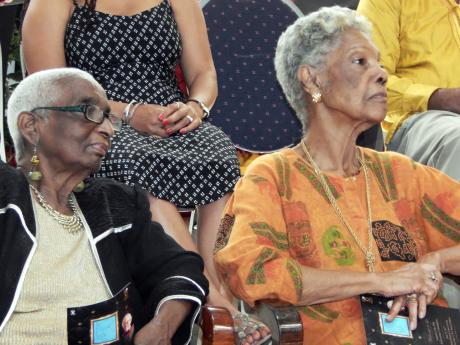 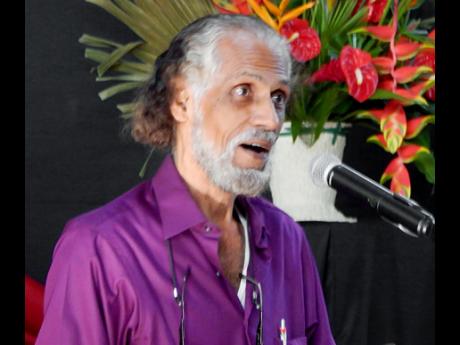 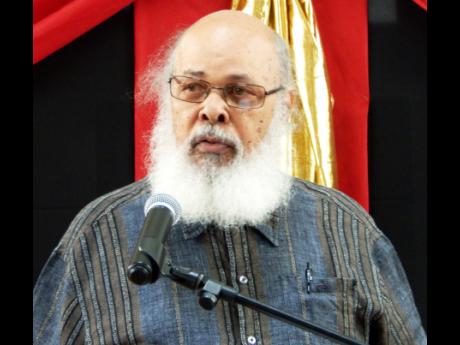 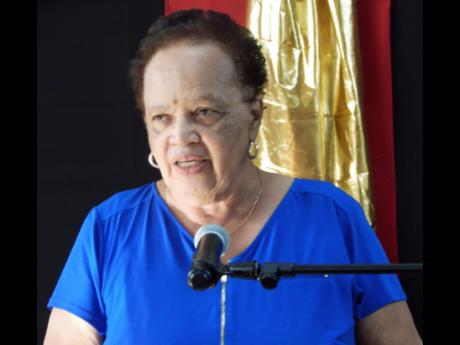 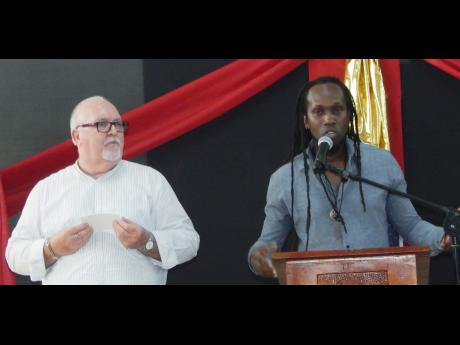 Michael Reckord
Dr Brian Heap (left) and Michael Holgate speak at the recent launch of the PSCCA's 50th anniversary year of activities at the UWI, Mona.
1
2
3
4
5
6

Corruption and violent crime affected the main speakers at the recent launch of the Philip Sherlock Centre for the Creative Arts (PSCCA), 50th anniversary.

They praised the PSCCA's contribution to the strengthening of theatre and culture in Jamaica. However,, psychiatrist Prof Frederick 'Freddie' Hickling and journalist-playwright-producer Barbara Gloudon urged theatre practitioners to produce theatre that not only entertain, but also help to ameliorate Jamaica's social ills.

Hickling has been combining psychological and cultural therapies for decades. Among the 12 theatrical docudramas he has created and produced are Explanitations (for the Third World Band in January 1978 at the Little Theatre).He also did Mdnificent Irations, Vision-ated Penetrations, Madap-tations and Irations Explosions for the Bellevue Hospital for four consecutive years, from August 1978.

He explained to an audience of mainly theatre aficionados that the UWI, Mona, should help in developing and promoting Jamaican culture and that the PSCCA has a primary role to play in the process. He is currently doing psychological work with eight-year-olds, using a circle technique borrowed from a Bantu-speaking tribe in South Africa, and has already reached 1,300 children.

Hickling confessed that his first love is theatre, initially acting. His first acting role in a commercial play was Wycliffe Bennett's 1962 production of T.S. Eliot's Murder in the Cathedral. Then he was stage manager for numerous productions - including many concerts by the National Dance Theatre Company - and was involved in the building of "four or five theatres in Kingston". These included the PSCCA.

Speaking passionately about violent crime in Jamaica, Gloudon declared that "we have to begin to take notice of what's happening on the streets of Kingston. The country is changing.... A place like this (the PSCCA) needs to reach out to the community.

"We mustn't forget we're Caribbean people. This place can be used to make people understand they're Caribbean - through dance, for example."

Stating that there is a lot of anger in the Caribbean now, she said "we need to cross beyond the gate (of the university), go into the city and see what's there. You must be able to show us the movement is changing. We need the artists of the country to be the voice of sanity".

After her formal presentation, Gloudon continued making her point to a few members of the audience, including me. She said that "as creative people, we have to find a way to give a voice to this country. I mean, how can you kill a baby? How can you kill a woman and create a mausoleum inside the house? We have to do better".

Her voice breaking, Gloudon said, "We the performers - in our song, our poetry, our dance, drama, music - have to begin to say; 'how came we here to this state?' I cannot believe where we are now. It's like a tidal wave upon us. With theatre, where do we go now? It's not something that will be easy, but the dam has broken and all of us are in peril."

There were words and gestures of agreement.

Dr Brian Heap, head of the PSCCA, and tutor/coordinator Michael Holgate spoke of some of the activities with the theme 'Imagining a New Caribbean' that will be taking place over the next nine months in celebration of the centre's 50th anniversary. They include productions and a series called 'Conversations in the Round'.