Tribute to the Greats more than just an award show 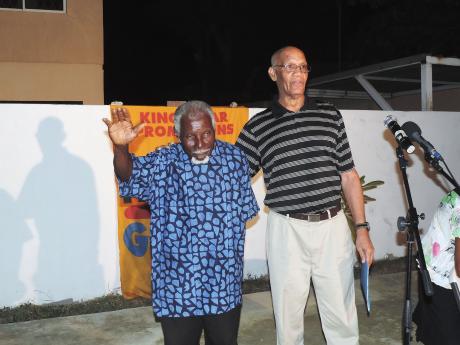 Mel Cooke
Count Owen (left) and Kingsley 'King Omar' Goodison at the recent launch of Tribute to the Greats 20, held at 2A Stratham Avenue, St Andrew. 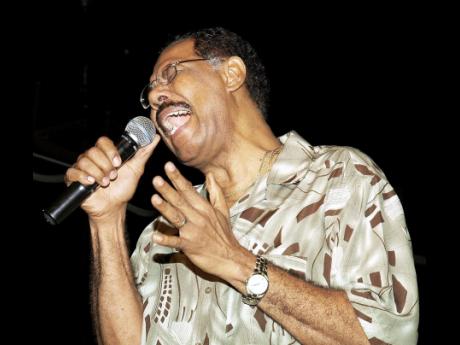 The milestone 20th staging of the annual Tributes to the Greats awards show and dance is set to take place at Curphey Place, Swallowfield Road, on August 5, beginning at 8 p.m.

The venue has not only become the home of the event, but a rendezvous spot for vintage music lovers from home and abroad to meet and greet annually. Since its first staging in 1998, the event has graced the venue every year, except for the 17th and 18th stagings, when the Chinese came on board as sponsors and requested to have the venue moved to The Chinese Benevolent Association at 176 Old Hope Road in St Andrew.

The idea for putting on such a show was born out of a burning desire by philanthropist Kingsley Goodison, also known as King Omar - (King for Kingsley and Omar his pet name), to recognise and assist Jamaican artistes who have contributed to the development of Jamaican popular music, but have been left by the wayside, some of whom have become destitute, forgotten and relatively unknown.

In a 2009 interview on KLAS Sports Radio, Goodison said: "Being among most of the unsung heroes in Jamaican music, I saw the distress on most of them. Recognition was nowhere around, even though they had several number-one hits. Nobody remembers them. So I, along with by brother Keith decided to do something for them, and I have seen where it has worked tremendously, lifting up a number of them".

It was a rough road for Goodison at the start, having to find the awardees, securing trophies, and paying the musicians out of his pocket when sponsors were not yet on board. However, with a tremendous amount of hard work, he was well on his way to realising his sponsorship dream by the 10th staging in 2007.

In what he describes as the Caribbean, Cuban, Australian, American, Chinese and British Connections, Goodison gave awards in 2006, 2007, 2012, 2013, 2014 and 2015 respectively, to persons from these locales, who became involved in, or made valuable contributions to Jamaican music.