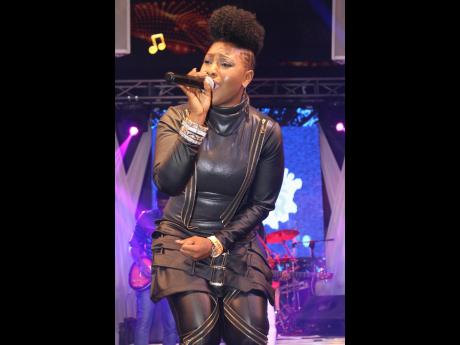 From Fly Away, released in 2011, to Picture in 2017, Rebel Salute patrons can be certain that reggae soulstress Ikaya will have an entertaining selection of songs from her catalogue for them to sing along with and rock to tomorrow night.

But as Ikaya prepares to perform for the second time at the two-day festival, she must consider her role as an ambassador for the ongoing anti-ganja and education campaigns hosted by the National Council on Drug Abuse (NCDA). Rebel Salute is one event that promotes the use of the cannabis plant for health and wellness, and patrons are allowed to indulge as is legally acceptable.

"Honestly, as much as I would love to perform the jingle, I will not be doing so. If you notice, the concept of the song is educating teenagers on the dangers of smoking. I don't think you will find many of them at Rebel Salute and if they are there, they will be under their parents' supervision," Ikaya told The Gleaner.

The singer expressed that parents who take their children along for the festival would be responsible for doing "the job for me on the night" as it relates to educating and advising them about substance abuse.

There are many benefits of ganja that have been acknowledged through research, but smoking is not one of the ways Ikaya promotes or agrees with.

Ikaya has no qualms about performing for Rebel Salute, as the event not only serves as a medium for ganja education, but also entertainment.

"This is something that I have so much passion for. This is my life; this is what I live for. So I have to go extra hard by putting in countless rehearsal hours."

Following her Rebel Salute performance, Ikaya says that she is "definitely looking forward to the NCDA's Talk Di Truth school campaign starting January 17. We will be visiting 10 schools."