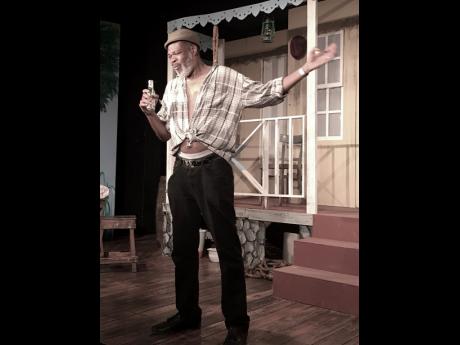 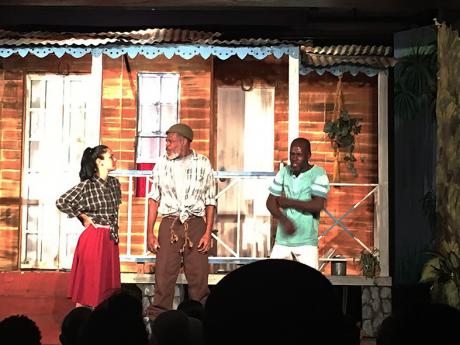 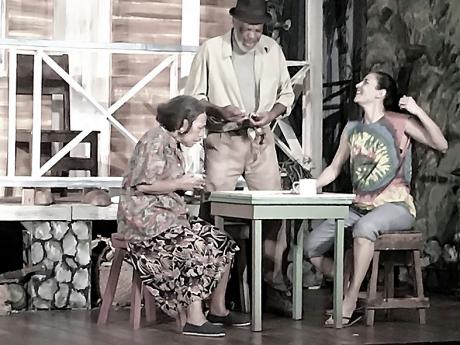 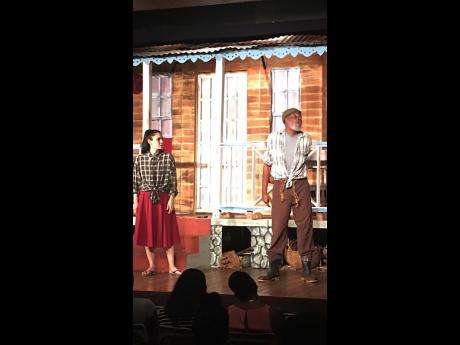 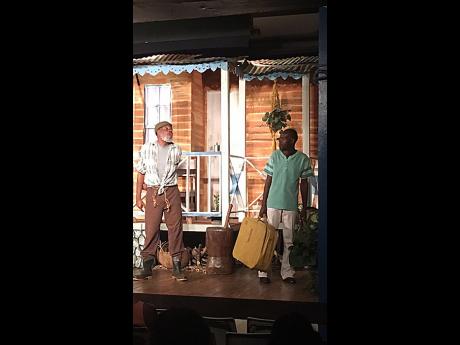 For those who have not yet seen Basil Dawkins' latest production, I hope you are making preparations to do so.

Set in a deep rural community, Dawkins' Pressure Drop tells the tale of a couple who falls on difficult times in Kingston and has to return to the country to 'kotch' with the family patriarch.

Deep-seeded family issues are explored throughout the play; issues relatable to every Jamaican family. Though the issues highlighted are serious and meant to leave the audience with lessons to ponder, Dawkins delivers the serious messages with comedy, making them easier to accept and digest.

In an interview with The Gleaner, Dawkins pointed out that the latter has always been the focus of his productions. He explained that his writing has always explored issues that reflect life and Pressure Drop was no different.

"I have always not written pure comedies or pure dramas. I write stories about life and living; stories about real people where in the midst of tragedy there is humour, and in the midst of humour and comedy there can be tragedy," he said. "I write to reflect life, so it is a mixture of drama and comedy rolled into one story. I guess you would say I write 'dramedy'. What I try to do and hope I succeed, is that in dealing with the issues, which I wish the audience to think seriously about (and discuss in serious ways), my injection of comedy does not trivialise the serious parts."

The play explores issues of addiction, unemployment, loss of memory and homelessness. All these issues may have been too heavy for an audience to digest, but Dawkins' style made the message relatable and acceptable. By the end of the 90-minute production, audience members might find themselves comparing their lives to that of many of the characters, having seen similarities between their lives and the lives of those on stage. Forgiveness is a theme that runs throughout the entire play and Dawkins explained that the focus on forgiveness is to highlight how liberating the latter can be for everyone. Pressure Drop, also highlights the importance of family - sticking together and looking out for each other in spite of. The play is directed by Douglas Prout.

Credit must be given to the actors and actresses in Pressure Drop, for owning the lives of each character and really bringing their stories to life. Kudos to Earle Brown who plays Papa/Matthew; Canute Fagan who plays Luke, Matthew's son; Maylynne Lowe, who plays Deslin, Luke's wife; and Ruth Ho Shing, who plays Dotsy, Deslin's mother.

Also, Patrick Russell, the set designer, did well to portray that house in deep rural Jamaica ... everything from the windows, doors and red floor, to the enamel wash basin and tea mugs, which made the script all the more believable. Costume designer Quindell Ferguson must also be commended, as each character looked the part and the audience was taken back to yesteryear, with the wardrobe selections.

Pressure Drop continues to show at the Little Little Theatre.